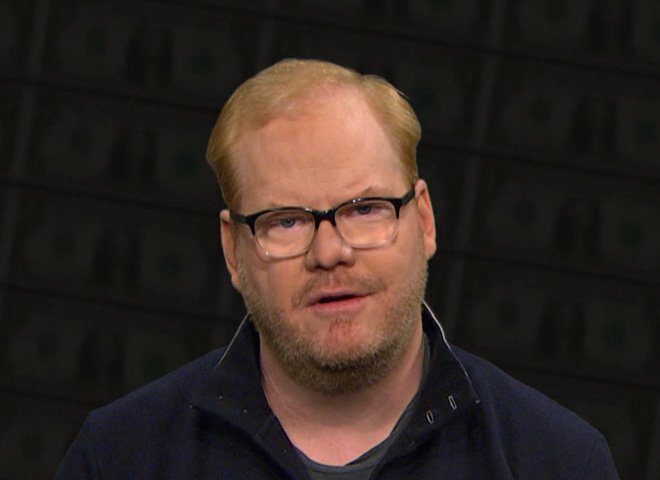 Comedian Jim Gaffigan explains why family economics is anything but child's play:

Money: It's a frightening topic for adults. It can lead to divorce, bankruptcy and tragically, in some cases, not having fancy stuff.

Any parent of a young child will tell you kids are expensive. To make matters worse, little kids have very little understanding of money. I guess it's not their fault; most six-year-olds don't have a credit card, a bank account or even a job. Thanks, President Obama!

I have five young children under the age of 11, and believe me, they have no money. Or they are really cheap. Not one of my children has ever offered to pick up the check when we go out to eat. They don't even do that "Hey, you know what, Dad? Let's split this one!"

As you can imagine it's infuriating. I blame their mother -- and President Obama!

My children have no regular income source. I don't believe in an allowance, which to me feels like a form of extortion:

"Look, Dad, you give me a little something every week, and I'll make sure no one gets hurt. You're part of the family."

My children's primary source of income is the Tooth Fairy. Really? I understand all parents lie to their kids but a fairy that brings you money for your teeth? Who started that? And why do we keep it going?

We are totally pressured into this lie because we are terrified that if we are the only honest parents that say, "Look, you lost a tooth. Congratulations, you look like a hillbilly," we might be unconsciously depriving our children of some yet-unknown-but-really-important stage of development, and won't find out until it's too late, when find a dead hamster in their backpack.

By the way, could we all agree on the cash value of a tooth? I remember finding a shiny quarter under my pillow for my first tooth and being excited that I could buy a candy bar -- and rot the rest of my teeth.

I went to school for finance. I understand economics. When my daughter lost her first tooth I adjusted for inflation. According to my calculations, one dollar would be perfect. My daughter was thrilled in the morning when she lifted her pillow to see George Washington frowning up at her.

However, when she returned from school that afternoon, she was devastated. What had happened? Through her tears she choked out, "The Tooth Fairy hates my tooth! Why did Nellie get TWENTY DOLLARS for her tooth!?"

Because Nellie's parents didn't have change, that's why!