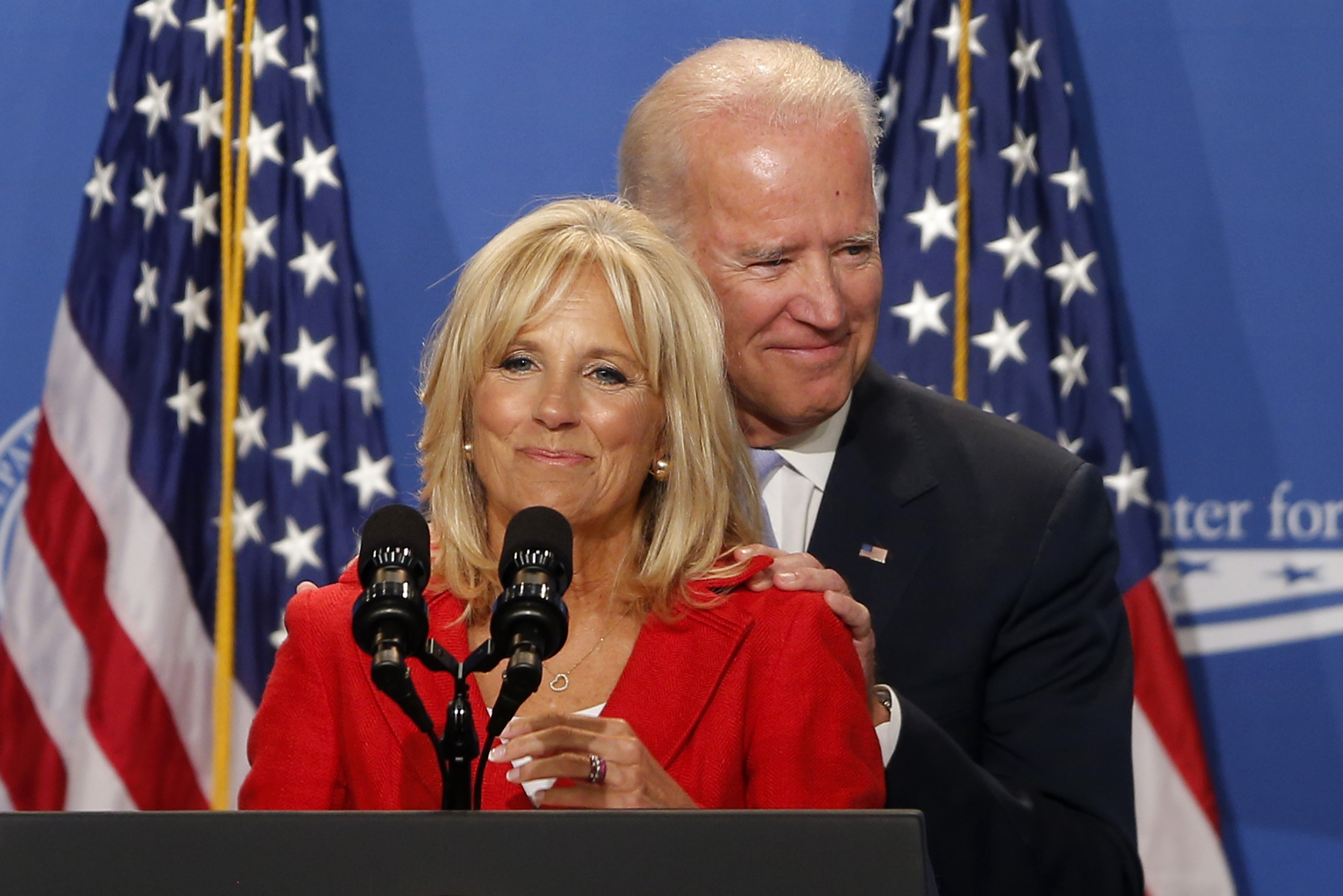 Though some have suggested Jill Biden is reluctant to see her husband make another run for the presidency, her spokesman, James Gleeson said in a statement to CBS News that should he decide to run, "Of course Dr. Biden would be on board."

But, he added, "[T]hey haven't made that decision yet."

Joe Biden has been meeting with political advisers at his residence, and the Wall Street Journal has reported that they've been weighing the timing of an announcement and whether an earlier campaign launch could assure the vice president a spot in the first Democratic debate.

The first debate for the Democratic candidates is scheduled for October 13.

After the vice president's appearance last week on "The Late Show with Stephen Colbert," when he seemed to be openly wrestling with whether he had the emotional energy to run, many considered it a likely sign that he would not enter the race, but Monday's meeting with advisers fueled further speculation about a run.

Some Democratic donors have also openly called on him to run. In a letter circulated Friday signed by nearly 50 prominent party fundraisers, potential donors pledged their support for Biden, calling him "an authentic leader" who has had "spectacular success" with President Obama.

Should Biden run, the timing for a campaign announcement is still uncertain. While some see the mid-October debate as an important deadline to meet, others have raised the possibility that an official launch could come as late as November -- or even later.

On Sunday, John Dickerson on CBS News' "Face the Nation" asked Hillary Clinton whether she or her campaign were preparing in any way for a potential Biden bid, and she said they were not.

"This is such a personal decision and the vice president has to sort this out," Clinton said Sunday on "Face the Nation." "He's been so open in talking about how difficult this time is for him and his family and he's obviously considering what he wants to do including whether he wants to run."

But Clinton has been ramping up her own efforts to lock in her donor base. In recent days, the Clinton campaign reached out to at least one Democratic donor who is waiting to see what Biden decides to do before taking a more active role raising money for her campaign.