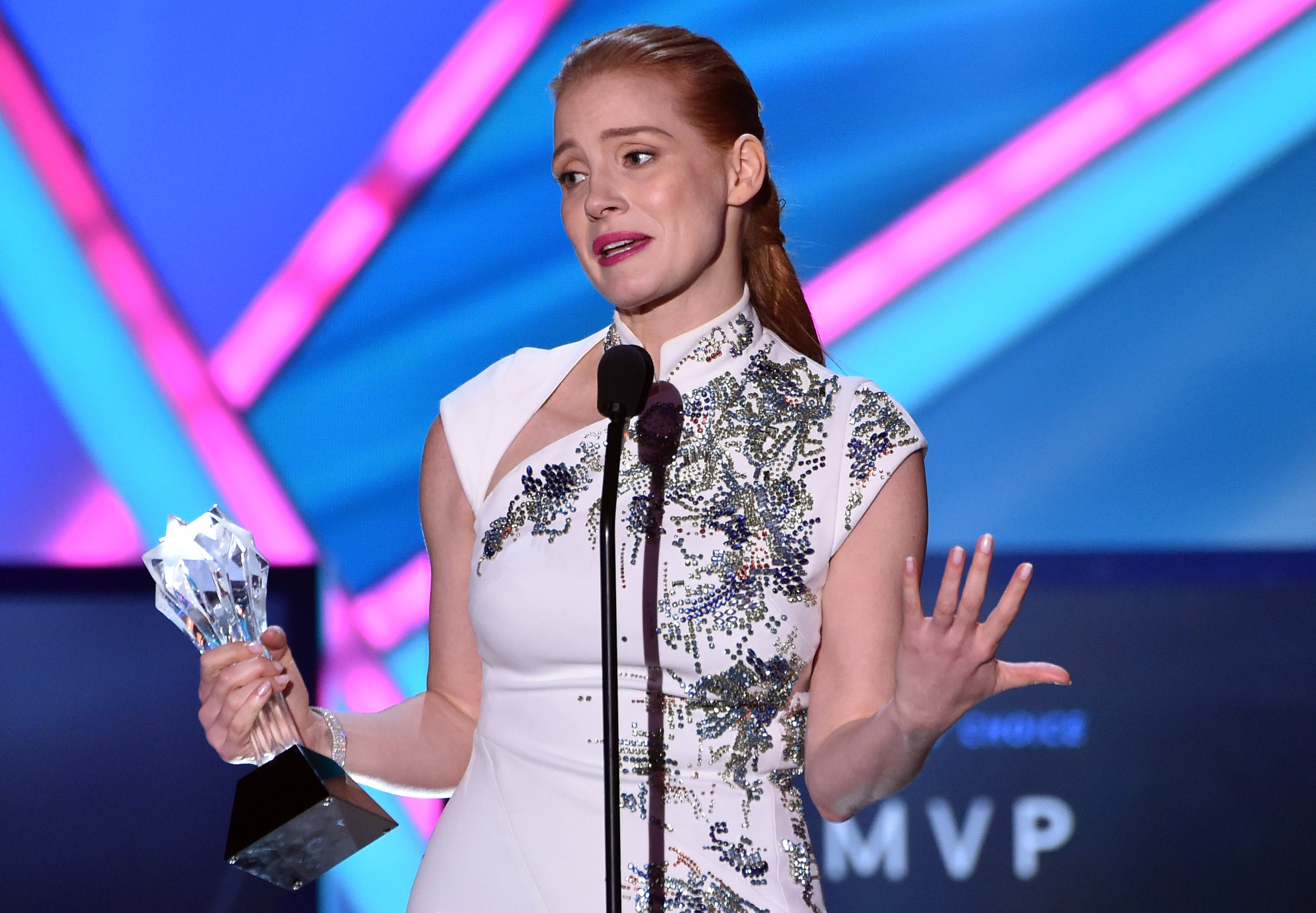 Jessica Chastain said Tuesday she has received a barrage of abuse following her recent speech urging more diversity in Hollywood.

The American actress, who was honored as Most Valuable Player at last Thursday's Critics' Choice Awards ceremony, used her time onstage to make a plea to Hollywood executives and actors on the birthday of Martin Luther King, Jr.

The 37-year-old star of "Zero Dark Thirty" implored those in attendance to "stand together against homophobic, sexist, misogynistic, anti-Semitic and racist agendas," leading Oprah Winfrey to mouth "wow" as Chastain concluded her speech.

Speaking to The Associated Press, Chastain acknowledged she was shocked by messages she's received since the ceremony - calling the reaction "strange."

"I've had really terrible people who are racists comment on the speech and say really terrible things. I'm understanding that some people in this world, how much hate they can have," she said.

However, she said, she has also been cheered by the amount of support from Hollywood insiders, including film producers and stars, who echo her beliefs on the lack of diversity within the industry.

Chastain accepted her MVP award on the evening of this year's Oscar nominations, which were criticized by some for the absence of black actors and directors.

"Some people had taken my speech and then made it about awards - like SAG Awards or Oscars. That's not what my speech was about," Chastain said.

"To me awards are just a reflection. It's just a symptom of the disease and the disease is in the industry. If we had more diversity in our films it would be reflected in diversity in the nominees."

While accepting that, by being a part of the industry, she's "part of the problem," Chastain said she is hopeful she can broaden Hollywood's horizons by continuing to speak out in the future, saying "we all need to work together to fix it."