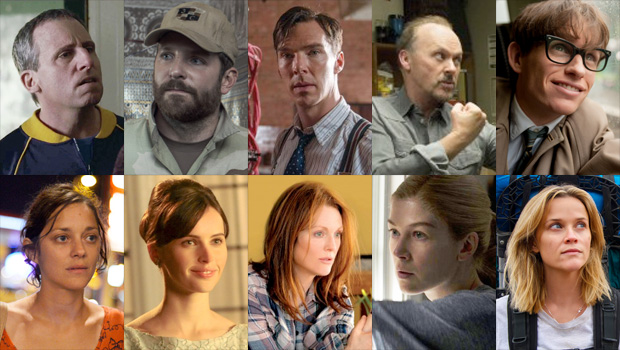 The announcement of this year's Oscar nominees took social media by storm on Thursday morning -- and among the surprises and snubs, people quickly took notice of a lack of diversity amongst this year's contenders.

Not a single person of color was nominated for an acting Oscar when the names were unveiled -- the first time that's happened since 1998 -- and "Selma" was snubbed in the directing and lead actor categories (though it did receive nods for original song and best picture).

Academy voters also selected an all-male lineup for this year's best director category, opting not to nominate Ava DuVernay for "Selma" (which would have made her the first black female director to receive a nomination in that category).

On Twitter, the hashtag #OscarsSoWhite caught fire as users shared their frustrations.

When asked Thursday about this year's lineup of nominees, Academy of Motion Picture Arts and Science president Cheryl Boone Isaacs denied the organization has a problem recognizing diversity.

"Not at all. Not at all," Isaacs, the first African-American president of the academy, told Vulture. "The good news is that the wealth of talent is there, and it's being discussed, and it's helpful so much for talent -- whether in front of the camera or behind the camera -- to have this recognition, to have this period of time where there is a lot of publicity, a lot of chitter-chatter."