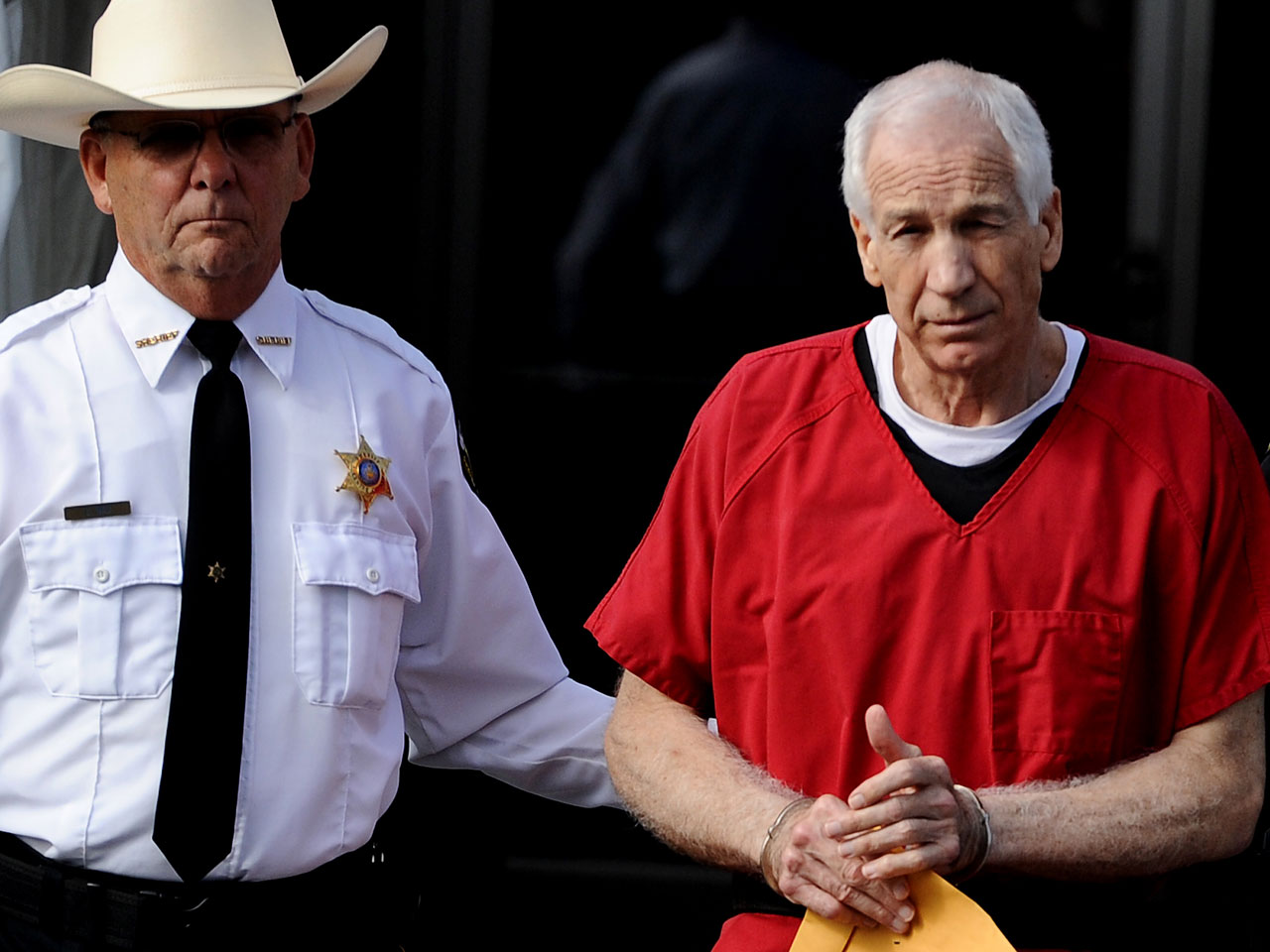 HARRISBURG, Pa. -- Former Penn State assistant football coach Jerry Sandusky has lost a legal battle to restore his $4,900-a-month pension, a benefit that was canceled two years ago after he was sentenced for child molestation.

Sandusky's attorney Chuck Benjamin told The Associated Press on Friday that the State Employees' Retirement System issued a 122-page opinion with the decision. Benjamin says he hasn't had a chance to read it yet, but that he plans to challenge it in a lawsuit.

A message left for an agency spokeswoman wasn't immediately returned.

The decision followed a recommendation in June by a hearing examiner who said Sandusky had already retired by the time the Pension Forfeiture Act was expanded in 2004 to add sexual offenses to the crimes that trigger forfeiture.

The 70-year-old Sandusky is serving a decades-long sentence and appears likely to die in prison. His wife, Dottie, would be in line to continue collecting 50 percent of his pension benefits upon his death.

"All I can say at this point is we're looking forward to litigating the revocation of the pension in court," Benjamin said. "That's the next step of this process. We've exhausted our administrative remedies, and now we'll be filing papers within the next 30 days in court."

The hearing examiner, Michael Bangs, had said that the retirement system had improperly applied the forfeiture law to Sandusky for crimes he committed as a retiree.

Sandusky testified for nearly three hours by video link earlier this year at a hearing before Bangs regarding the forfeiture. He was the only witness called by his lawyers.

Sandusky spent decades as Penn State's defensive football coach before retiring in 1999. Penn State employees do not work for the state government but are eligible to participate in the state pension system.

He was convicted by a jury of sexual abuse of 10 boys and sentenced to 30 to 60 years.