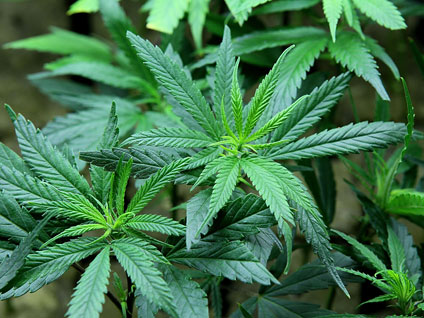 The 33-year-old tried to eat the plant after authorities went to his house to serve him a warrant, police say.

Authorities ended up seizing the remains of the plant, four pounds of marijuana, and $2,600 in cash and drug paraphernalia.