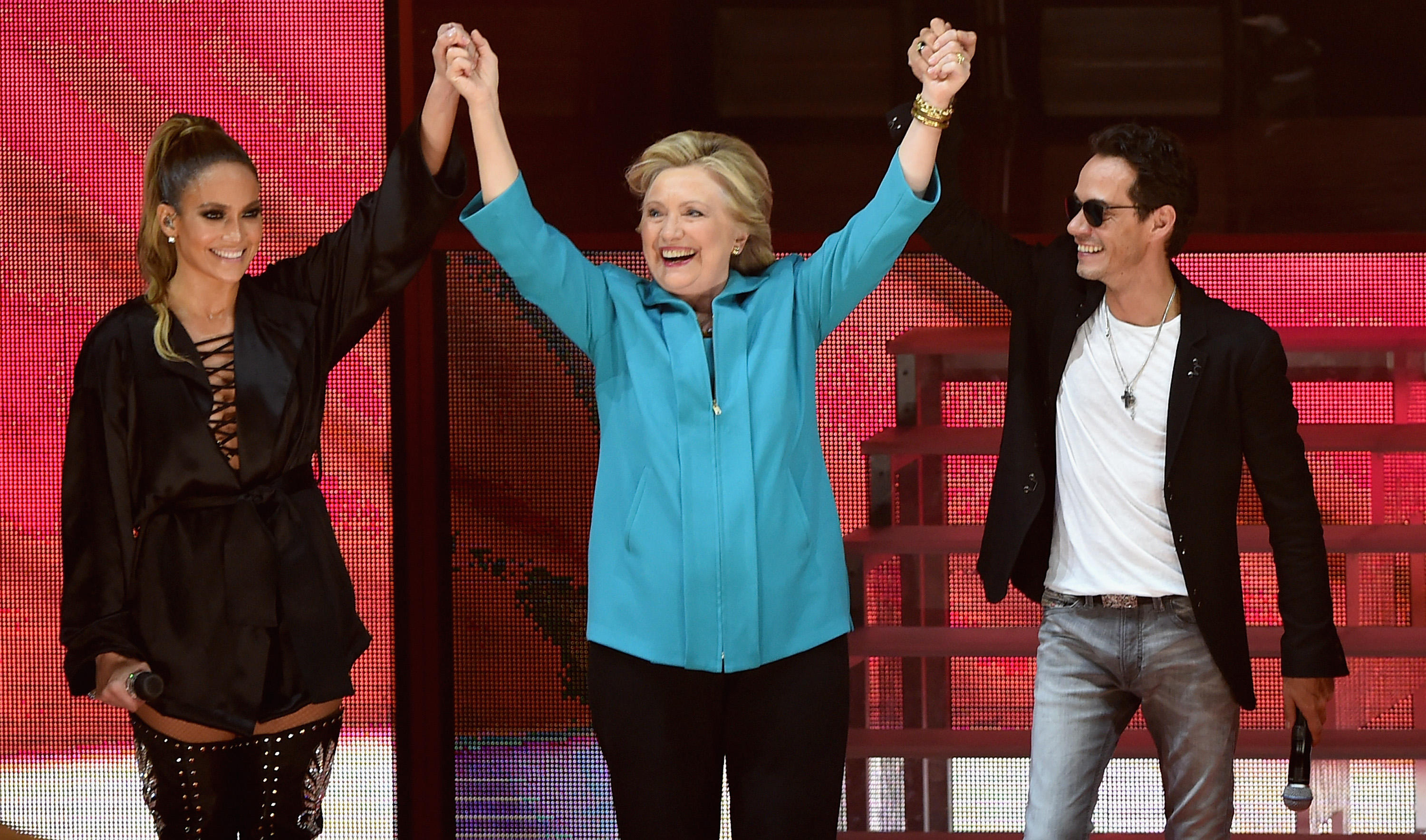 Jennifer Lopez and ex-husband Marc Anthony reunited on stage in Miami, Florida on Saturday to show their support for Hillary Clinton.

The amiable exes performed as part of a free concert, to promote the Democratic presidential nominee, at the Miami Bayfront Park, and they couldn’t have looked happier stumping for the candidate.

Clinton even joined the pair on stage, taking their hands in hers, as they all smiled for the cheering crowd.

Lopez, who hit the stage in a patriotic red, white and blue ensemble, looked flawless in a multi-chromatic lace-up mini-dress and studded, thigh-high boots during her performance.

The 47-year-old pop star shared several stunning snapshots of her show to Instagram, where she continued to praise Clinton and thank fans for watching the show.

“Thank you Florida for coming out tonight... it was amazing!! #gohillary #strongertogether #govote #lovetrumpshate #Latinos #letsgetloud #vote,” Lopez captioned one of her posts.

Lopez and Anthony, who split up in 2011 and share 8-year-old twins Maximilian and Emme, are currently working together on developing and producing an upcoming a Spanish-language record.

And these two A-listers aren’t the only music superstars who support Clinton. Last week, Katy Perry celebrated her 32nd birthday by heading to an election location to place an early vote for the Democratic candidate.