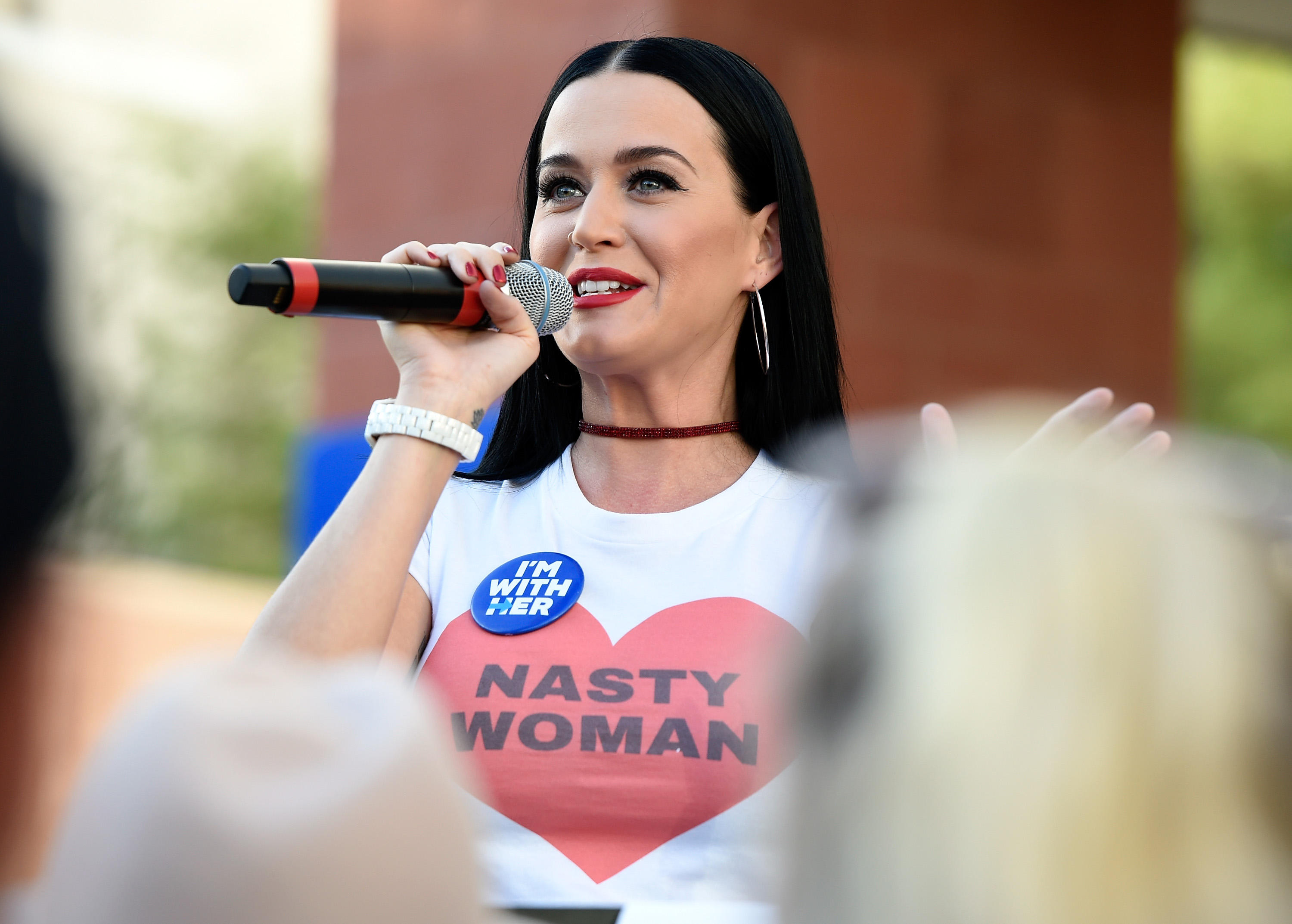 The star of “Dawson’s Creek” and “Freaks and Geeks” pitched in recently in Iowa. But she wasn’t addressing giant rallies or hosting big-ticket fundraisers. Instead, the exuberant blonde spoke to about 20 women in the cavernous Des Moines skywalk, encouraging them to vote early on their lunch break.

“Listen, I’m not George Clooney,” she said, after praising Clinton, posing for selfies and doing two local television interviews. “But I’m happy to show up.”

And, as Philipps proves, entertainers with slightly less box office appeal can still be superstars at getting out the vote.

Some such celebrities flooding battleground states lately: Sean Astin (of “The Goonies”), Sophia Bush (on “Chicago P.D.”), Uzo Aduba (of “Orange Is the New Black”) and Molly Ringwald (recall “Pretty in Pink”?). They’re hitting coffee shops and campaign offices in battleground states, talking to voters and volunteers and promoting their efforts on social media.

Philipps told Iowans she came out because she was a “concerned citizen.” She added: “That’s what brought me here on two airplanes and waking up at 4 a.m. and leaving my beautiful girls and their father for two days and missing my SoulCycle classes to be here with you guys and travel around Iowa.”

Rachelle Rowe, 26, a Clinton supporter and “Freaks and Geeks” fan, said meeting Philips was a “perk.” Another in the crowd, Calvetta Williams, 45, didn’t know who Philips was.

Clinton’s celebrity lineup shows she long ago locked up most of the entertainment industry. Despite starring in a reality television show, Donald Trump has drawn few celebrity endorsements, though he counts “Charles in Charge” actor Scott Baio and musician Kid Rock among his supporters.

Adrienne Elrod directs the Clinton campaign’s operation that deploys prominent supporters as stand-ins for the candidate. They’re known as surrogates.

The operation works with celebrities who want to get involved to figure out how best to use them.

The campaign considers the performer’s fan base, putting Philipps before young women, for example, or Astin on college campuses, where he has a following from his roles in “The Lord of the Rings” movies as well as in “The Goonies” and “Rudy” from long ago.

Where they go and what they do depends on their location - Los Angeles-based stars are more likely to go to Arizona, while New Yorkers head to Pennsylvania - as well as how much time they have to offer.

No window is too small, according to Elrod, who said the campaign always stresses “we can definitely utilize 6 hours of a surrogate’s time.”

Astin has been a powerhouse for Clinton. He made eight stops during a visit to Iowa in September, many on campuses. In Iowa City, he led supporters to an early voting station and took selfies with them wearing their “I Voted” stickers.

Opening for Clinton at a rally in Des Moines recently, Astin explained his credentials a bit, mentioning his movies and adding: “most importantly I’m the son of Patty Duke.” He went on to talk about being involved on behalf of the Clintons since 1992.

The campaign recruits stars but at times they step up on their own. Clinton aides noticed Jamie Lee Curtis tweeting her support of Clinton and enlisted her to campaign in Iowa before the caucuses.

Curtis starred in “A Fish Called Wanda” and “True Lies” and currently appears on the television show “Scream Queens. She drove around Iowa with Sen. Amy Klobuchar of Minnesota and said she relished visiting house parties and community centers and talking to people.

Since then, Curtis has stayed involved, introducing Clinton at some events in California and calling in to campaign offices to offer encouragement.

Besides, she said. “I was head cheerleader in high school. I would love to go down as a good cheerleader for Hillary Clinton.”

Ashanti alleges a producer once asked to shower with her
More