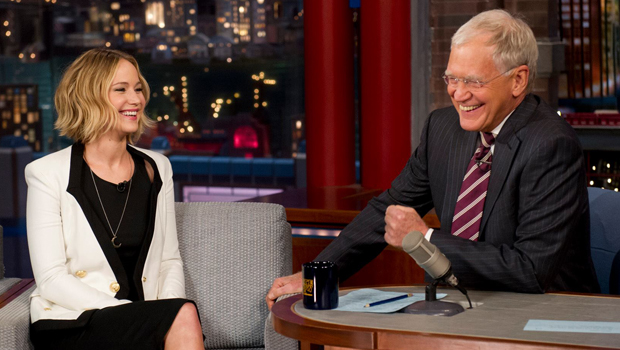 Jennifer Lawrence has an Oscar, roles in blockbuster films, a Dior campaign and enough witty quips to make you wish you were her BFF.

But apparently the gal can't have everything -- because, she admits, she can't really sing.

During an appearance Wednesday on the "Late Show with David Letterman," the actress shared that she sings in the latest "Hunger Games" film, "The Hunger Games: Mockingjay - Part 1," and wasn't too happy about it.

"I do not like singing in front of other people, that's like my biggest fear," the actress told host Letterman. "I cried on set that day. I'm scarred from my childhood because I have a Southern mother who would just tell me that I was amazing at everything, that I could do everything. But, I can't."

She then recalled how she sang a Christmas tune in front of her school at age 8 with "this tone-deaf-Amy-Winehouse voice" and then demonstrated it for Letterman, who quickly joined in.

Watch their duet and two more clips from her appearance below: