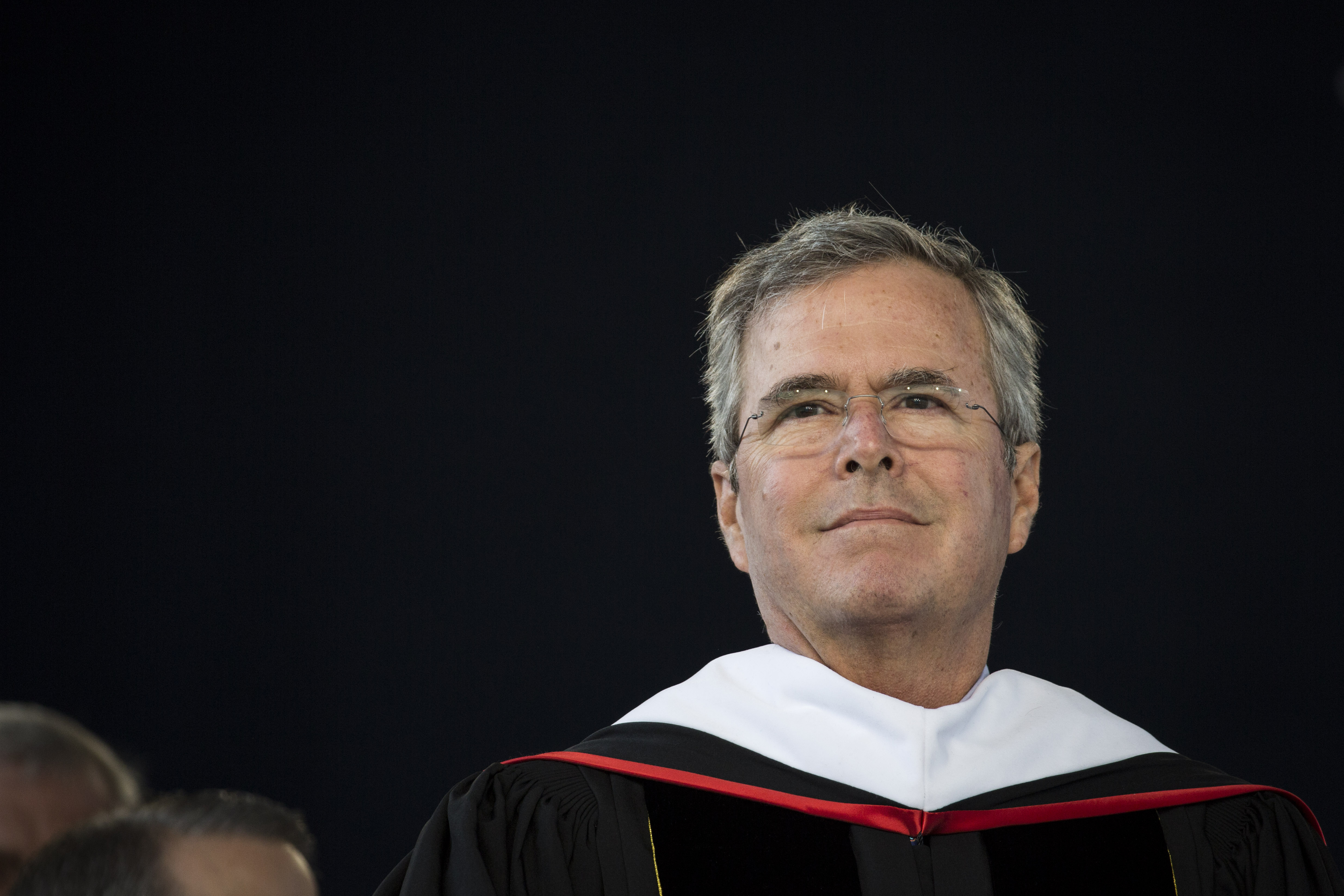 Former Florida Gov. Jeb Bush attacked the White House for what he characterized as an "aggressive stance against" religious freedom during a commencement address at Liberty University in Lynchburg, Virginia.

"As usual, the present administration is supporting the use of coercive federal power," Bush, who is weighing a White House bid in 2016, told Liberty's graduating class Saturday. "What should be easy calls, in favor of religious freedom, have instead become an aggressive stance against it."

In a speech peppered with calls to bring back the "Christian voice" to the world, where it "sometimes isn't heard enough," Bush also lobbed specific attacks at White House policies. The likely Republican presidential candidate made a scathing reference to President Obama's Affordable Care Act (ACA) when listing modern attacks against members of the Christian faith.

Bush, a converted Catholic, cited the case of a local order of nuns, the Little Sisters of the Poor, that sued the federal government over the ACA's birth control provision. Obamacare requires employers to provide health insurance coverage for contraception, though churches and other religious organizations are exempt from the provision.

"I don't know about you, but I'm betting that when it comes to doing the right and good thing, the Little Sisters of the Poor know better than the regulators at the Department of Health and Human Services," the former Florida governor said. "From the standpoint of religious freedom, you might even say it's a choice between the Little Sisters and Big Brother - and I'm going with the sisters."

Bush also had harsh words for the judicial branch.

He slammed "federal judges mistaking themselves for elected legislators," who he said had started "imposing restrictions and rights that do not exist in the Constitution."

"Somebody here is being small-minded and intolerant, and it sure isn't the nuns, ministers and laymen and women who ask only to live and practice their faith," the potential presidential candidate said. "Federal authorities are demanding obedience in complete disregard of religious conscience - and in a free society, the answer is 'No.'"

If the former Florida governor announces a presidential candidacy, he'll be entering a field of candidates already courting Christian conservatives.