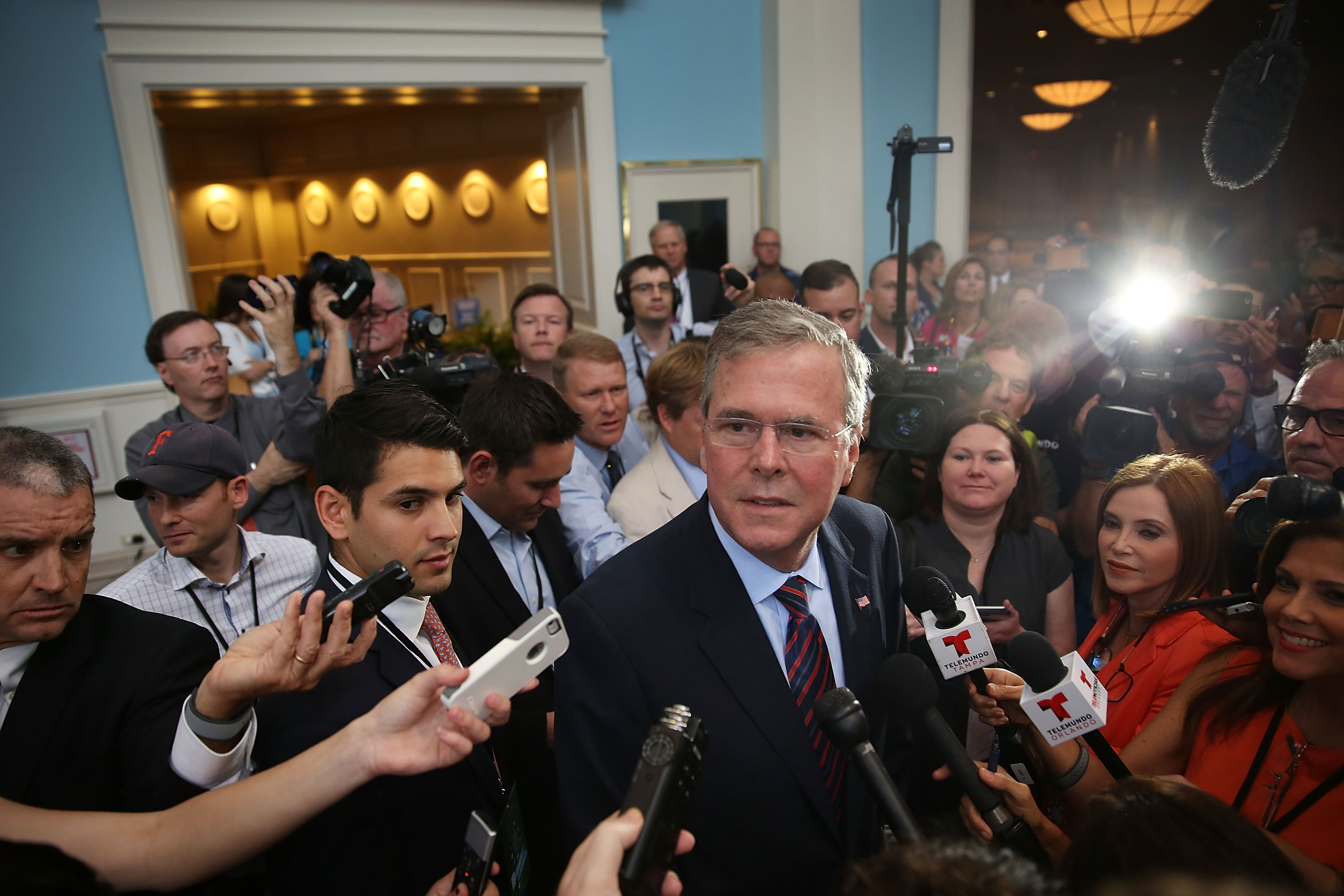 And he linked to his web page, which appears to show Bush standing offstage, about to make an entrance. That entrance will be at the Miami Dade College Kendall Campus, one of the nation's largest community colleges, enrolling over 165,000 students across its seven campuses.

"Gov. Bush is thankful for the support and encouragement he has received from so many Americans during the last several months and looks forward to announcing his decision," Kristy Campbell, a spokeswoman for Bush, said in a statement.

Bush had said in an interview on CBS News' "Face the Nation" only that "I hope I'm a candidate in the near future," telling host Bob Schieffer that he hadn't made a final decision.

In recent days, watchdog groups, as well as some of Bush's opponents for the GOP nomination, have accused him of violating campaign finance laws by raising money and coordinating with his super PAC "Right to Rise."

He told Schieffer "No, of course not," when asked if he felt he had violated any campaign finance laws. "I would never do that."

The Right to Rise super PAC has already raised "historic" amounts of money, according to the Tampa Bay Times -- so much cash, in fact, that Bush has reportedly asked donors to limit their super PAC contributions to $1 million.

If he decides to run, Bush will enter an already crowded Republican field of candidates vying for the White House. And despite the unofficial status of a campaign, the Florida Republican has consistently polled with favorability ratings higher than many other declared GOP contenders.

Bush's announcement will come immediately after he returns from a visit to Europe, where the former Florida governor is expected to make trips to Germany, Poland, and Estonia.