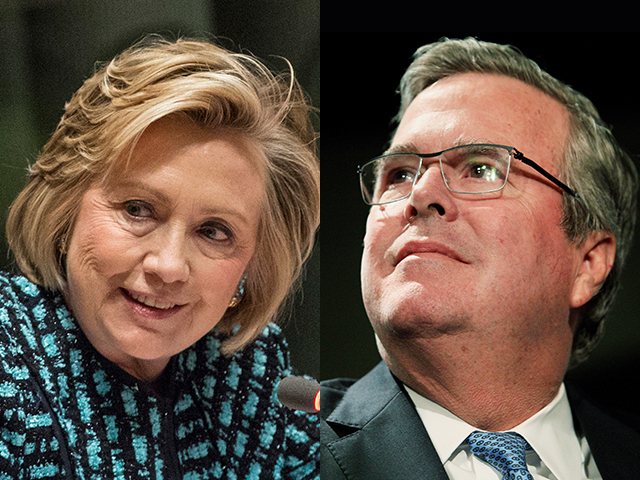 Republican presidential candidate Jeb Bush raised some eyebrows at the New York Times with a new campaign gimmick that comes with a lot of fine print.

The former Florida governor's campaign is holding a sweepstakes that offers the winner a chance to meet members of the Bush family, including former Presidents George H.W. Bush and George W. Bush. To win, one can make a donation to the campaign or simply enter online. The more than 1,200 words of fine print clarify that contestants do not need to make a donation to win, but they also point out that the prize (the cost of airfare and a hotel, worth about $2,000) are taxable as income.

Bush, however, isn't the only candidate employing this fundraising tactic. Democratic frontrunner Hillary Clinton earlier this year held a "Dinner for Hillary" sweepstakes with similar fine print. The conservative publication the Daily Caller called the contest "totally rigged," since the campaign would choose suitable "winners" from 100 randomly-drawn finalists. The Bush contest similarly lets the campaign pick the winner from a group of random finalists.