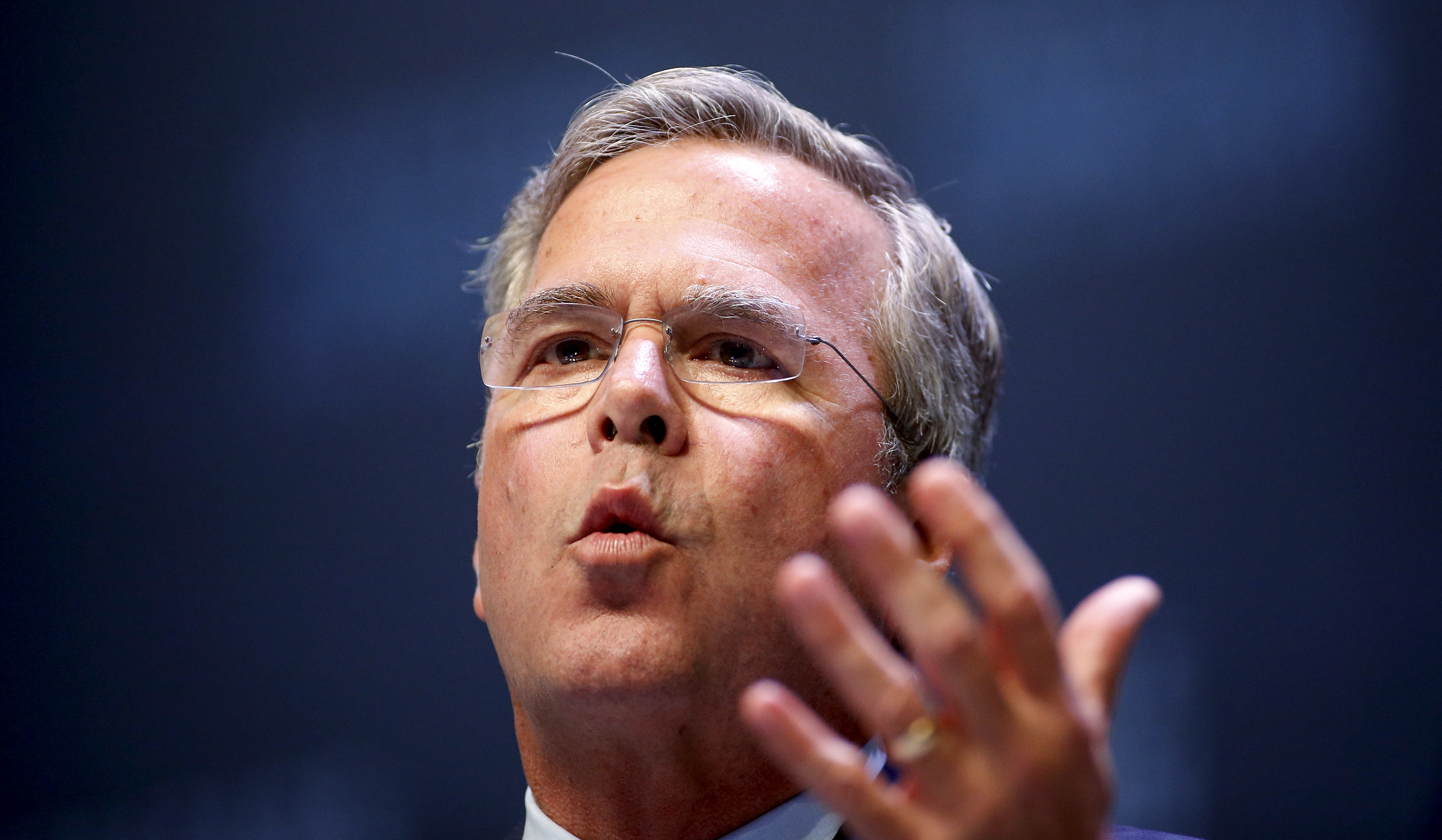 The former Florida governor is calling for ending the 1970s-era law prohibiting the U.S. from exporting crude oil at a time when domestic petroleum production has grown rapidly over the past decade.

Calling it a "once-in-a-generation opportunity," Bush said in a piece posted today on the website Medium that reversing the export ban and widening U.S. natural gas markets would benefit U.S. consumers with lower energy costs, create a new manufacturing sector and generally fuel more rapid growth in the nation's economy.

In the Medium opinion piece, Bush noted that hydraulic fracturing - known as "fracking" - and horizontal drilling have dramatically increased crude oil output in the U.S. It's up 80 percent since 2008, an increase of four million barrels a day.

Bush is scheduled to discuss the plan at Rice Energy near Pittsburgh, Pennsylvania, on Tuesday.

"More domestic energy leads to more jobs, higher wages, lower gas prices, and smaller electricity bills," writes Bush, according to provisions of the energy plan provided to The Associated Press Monday. "In short, it means more money in people's pockets, allowing them more freedom to make more choices for themselves and their children."

Bush has long said that opening domestic energy production is a key to sustained economic growth.

Once the presumed front-runner in the large Republican presidential candidate field, Bush now is fighting for traction among more than a dozen GOP rivals led by billionaire Donald Trump. The billionaire real estate mogul has been slower to introduce policy as he campaigns for the White House, although he unveiled a proposal to overhaul tax-policy on Monday.

The energy proposals not only could help the wonkish Bush take the policy mantle, it provides an opportunity to again take aim at Democrat Hillary Rodham Clinton, who leads in national preference polls for her party's presidential nomination.

Clinton, campaigning last week in Iowa, announced that she opposes completion of the Keystone XL pipeline, which would carry Canadian petroleum to refineries in Texas.

Bush supports completion of the pipeline, a popular rallying cry for Republican voters. But reversing the 40-year-old crude export ban is also popular with Republicans.

The vast majority of economists agree, according to a survey by The Associated Press last year. More exports would encourage investment in oil and gas production and transport, create jobs, make oil and gas supplies more stable and reduce the U.S. trade deficit, they say.

Just last week, the Energy Committee in the GOP-controlled U.S. House approved a bill that would lift the ban. That move sets up a likely vote in the full House on a measure that President Barack Obama, a Democrat, opposes.

Opponents say lifting the ban would be a huge benefit to the nation's petroleum industry while providing only a small drop in prices at the pump.

In the Medium piece, Bush also called for rolling back or challenging in court "heavy-handed regulation," citing as one example the EPA's carbon rule, which would curb carbon emissions from power plants. He said it "will increase electricity prices for everyone."