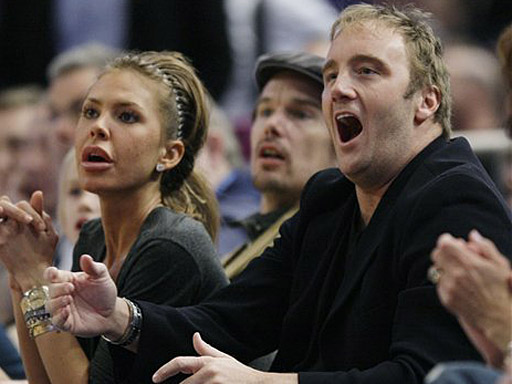 What is going on with Jay Mohr and his wife, Nikki Cox?

The comedian filed for divorce on Tuesday, reports People. Mohr and Cox have been married for nine years.

But when People spoke with Mohr, he sang a very different tune, saying, "We are very married, very in love and that's really all there is."

Mohr also tweeted a video of Cox walking and holding their 5-year-old son's hand with the text, "Tuesday. Reality." He also tweeted a photo of Cox kissing him that said, "My baby."

Still, the documents obtained by People cited irreconcilable differences and reveal that the couple had a prenuptial agreement, including terms of spousal support.