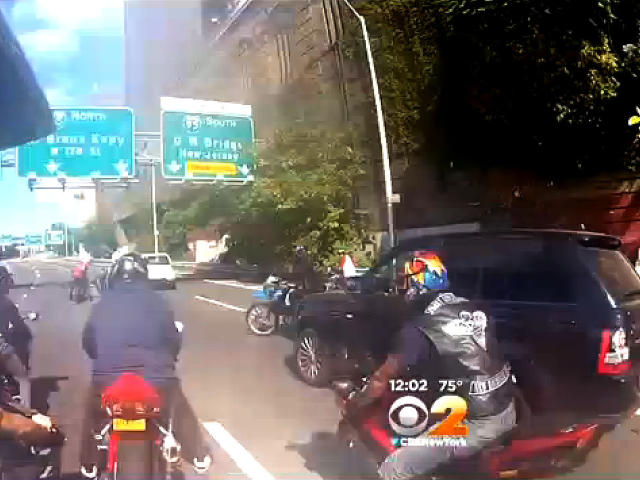 NEW YORK - A New York man who took part in a 2013 assault on a sport utility driver by a group of motorcyclists is heading to prison.

Brown, 41, pleaded guilty in March to assault and riot in connection with the September 2013 attack.

His lawyer says Brown has accepted responsibility for his actions.

Prosecutors say Alexian Lien was dragged from his Range Rover and beaten by several motorcyclists in Manhattan. The confrontation began on the West Side Highway after Lien struck one of the bikers while trying to break free. Prosecutors say the bikers chased the SUV into the Washington Heights neighborhood.

Eleven people, including an NYPD officer, were indicted in the case.