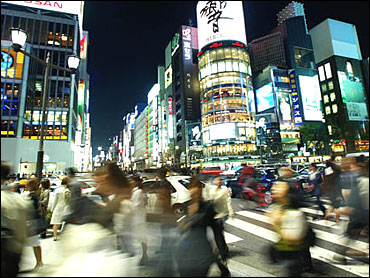 Japan's Tokyo and Osaka are the world's most expensive cities with London in third place, according to a survey released Monday. New York, the most costly of American cities, placed 13th.

The annual report released in London Monday ranked cities based on the comparative cost of more than 200 items including housing, public and private transport, food, clothing and entertainment.

For example researchers for Mercer Human Resource Consulting found a bus ride in London cost $3.66 compared to 51 cents in Prague, $1.83 in Dublin and $1.76 in Paris.

Surveys are conducted in 144 cities around the globe every March. All cities are compared to New York, which is automatically given a ranking of 100, Tokyo in comparison scored 135.

South America was home to the least expensive cities, with Asuncion, Paraguay the cheapest of all surveyed cities.

The Mercer group put the relative expensiveness of Tokyo at No. 1, followed by Osaka then London down to the strength of the pound and the yen against the U.S. dollar and cited the high cost of housing and transport as a major factor in London's cost of living.

"Many of the U.S. cities surveyed have fallen in the rankings due to the weakening of the dollar against the Euro, Canadian dollar and Asian Pacific currencies," Mercer research manager Marie-Laurence Sepede said.

Because China pegs its currency to the U.S. dollar its cities ratings were also affected by the dollar's depreciation and were lower in the rankings than the previous year.

The report also found the cost of living divide between the world's cheapest and most expensive cities was narrowing.