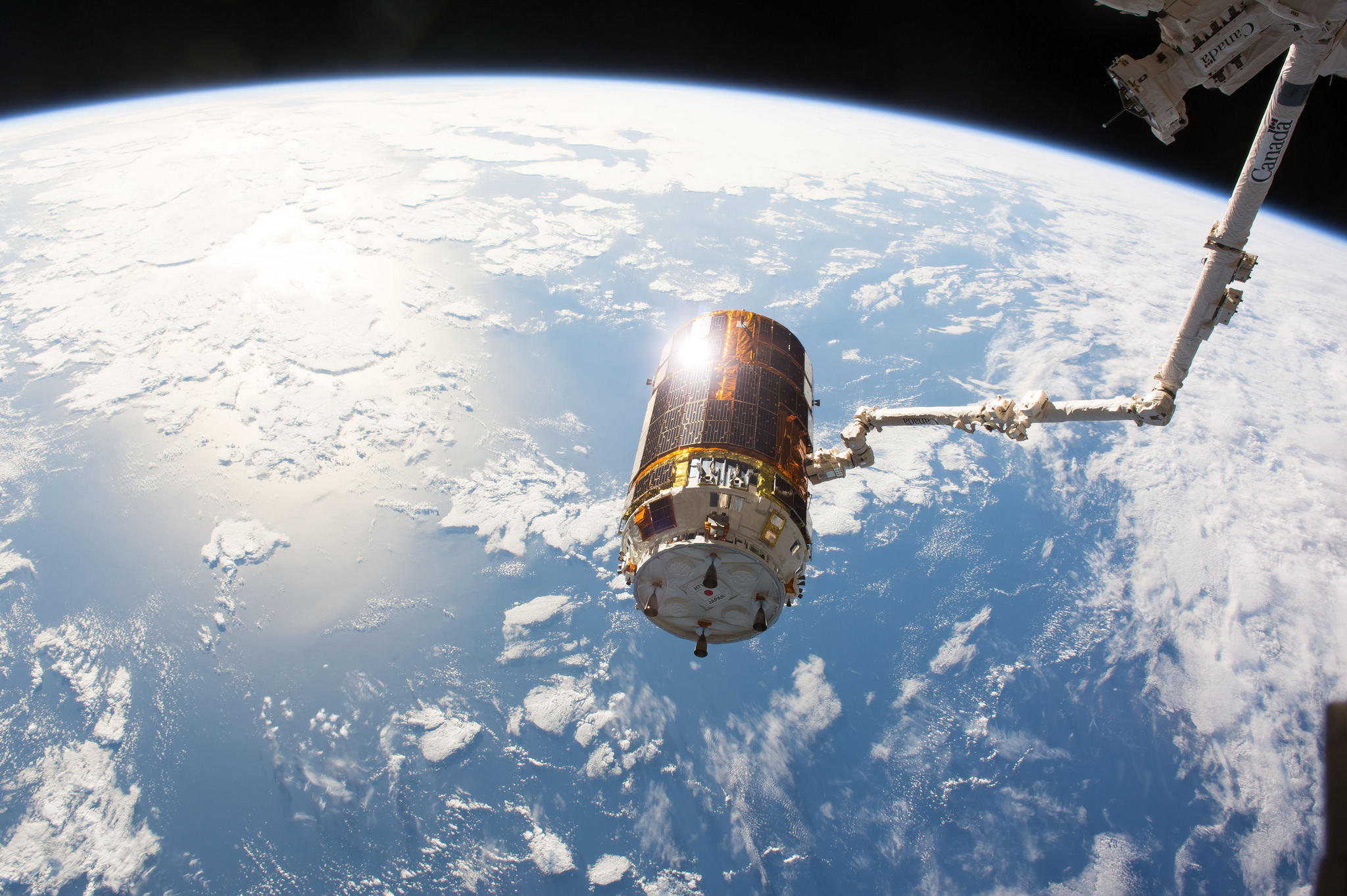 A Japanese cargo craft fell back to Earth on Sunday after delivering supplies to the International Space Station (ISS) and attempting a novel space-junk experiment.

The spacecraft, named HTV-6, arrived at the space station in December filled with 5 tons of food, water, clothes, science experiments and other gear. It intentionally burned up in Earth’s atmosphere at 10:06 a.m. EST on Feb. 5 (12:06 a.m. Japan Standard Time), according to the Japan Aerospace Exploration Agency. The HTV-6 spent 45 days docked at the station’s Harmony module while Expedition 50 crew members unloaded the cargo and filled the empty space with nonrecyclable trash.

On Sunday, the spacecraft and all that rubbish was incinerated in Earth’s atmosphere as HTV-6 made a controlled deorbit, safely plunging down over the Pacific Ocean.

After departing from the space station on Jan. 27, HTV-6 spent a week orbiting the Earth 12 miles below and 23 miles ahead of the ISS to keep a safe distance while testing out a new technology for removing space junk, or orbital debris, from Earth’s orbit.

JAXA’s space-junk-removing tether is designed to latch on to a piece of orbiting debris before pulling it down into Earth’s atmosphere for a fiery disposal. The agency continued to troubleshoot and attempt to deploy the tether through Saturday, but alas, the Japanese experiment burned up in the atmosphere without a space-junk tether success.