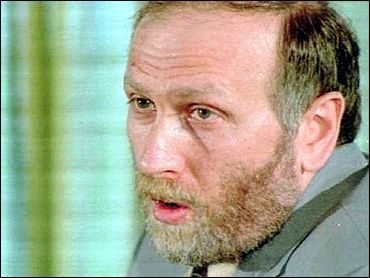 Japan's Justice Ministry rejected former chess champion Bobby Fischer's demand for protection as a political refugee on Tuesday and issued an order to deport him.

Fischer, detained since July 13 for attempting to travel with an invalid U.S. passport, quickly appealed the decision, and his supporters said he would not be deported immediately.

The former chess great is wanted in the United States for violating international sanctions against Yugoslavia in 1992, but he has alleged the charges against him are politically motivated.

The Justice Ministry would not release a timetable for Fischer's deportation, but ministry official Hideharu Maruyama said Fischer would most likely be sent to the United States.

"The justice minister's judgment was that there was no justification for Fischer's appeal," Maruyama said.

Fischer's lawyers said they had already filed suit in Tokyo District Court demanding that the order be canceled and requesting an injunction halting deportation proceedings.

His attorney, Masako Suzuki, said the court typically takes about one month to consider the written request for an injunction on the deportation process, supporters said.

Fischer's legal team accused the Justice Ministry of relying heavily on advice from the U.S. government and embassy before issuing the deportation order and criticized Tokyo for rejecting Fischer's asylum application only 20 days after it was submitted.

"This raises serious doubts about the fairness and neutrality of the refugee application process," Fischer's legal team said in a statement.

The chess player's backers in Japan protested the ruling, saying immigration officials had planned to deport him later Tuesday, but that the legal maneuvers on Fischer's behalf had apparently stalled that.

"We managed to nip in the bud this fly-by-night effort to deport Bobby without due process," said John Bosnitch, a Tokyo-based advisor to Fischer.

The deportation order is the latest development in Fischer's legal wrangle with Japanese authorities. In addition to appealing for asylum, Fischer has attempted to renounce his U.S. citizenship and announced plans to marry a Japanese woman in a bid to win sympathy from Tokyo.

Bosnitch accused the United States government of pressuring Japanese officials to speed proceedings against Fischer, but he said that would be much more difficult when the case moves to the courtroom.

"The court will now consider the request for the injunction. If that's granted, then nothing can happen," he said. "That's our desire, to effectively put the stopper in this bottle."

Fischer rose to chess stardom by defeating Boris Spassky, formerly of the Soviet Union, in a series of games in 1972 to claim the world championship.

The chess legend, however, became increasingly erratic and reclusive after the Spassky match and lost his title as world champion in 1978.

In a 1992 rematch against Spassky, Fischer won and collected more than $3 million in prize money, violating U.N. sanctions by attending the match held in the former Yugoslavia.

In recent years, Fischer has emerged from silence in radio broadcasts and on his Web page to express anti-Semitic views and rail against the United States.

On a Web site Fischer's supporters acknowledge to be his home page, Fischer launches numerous attacks on Jews and decries the "international Jewish conspiracy" and "Jew-controlled U.S.," which he says are behind plots to both rule the world and ruin his life. At one point, the site denies the Holocaust.

Fischer's animosity toward his homeland is well-known, and he once praised the Sept. 11, 2001, terrorist attacks in a radio interview, saying America should be "wiped out."