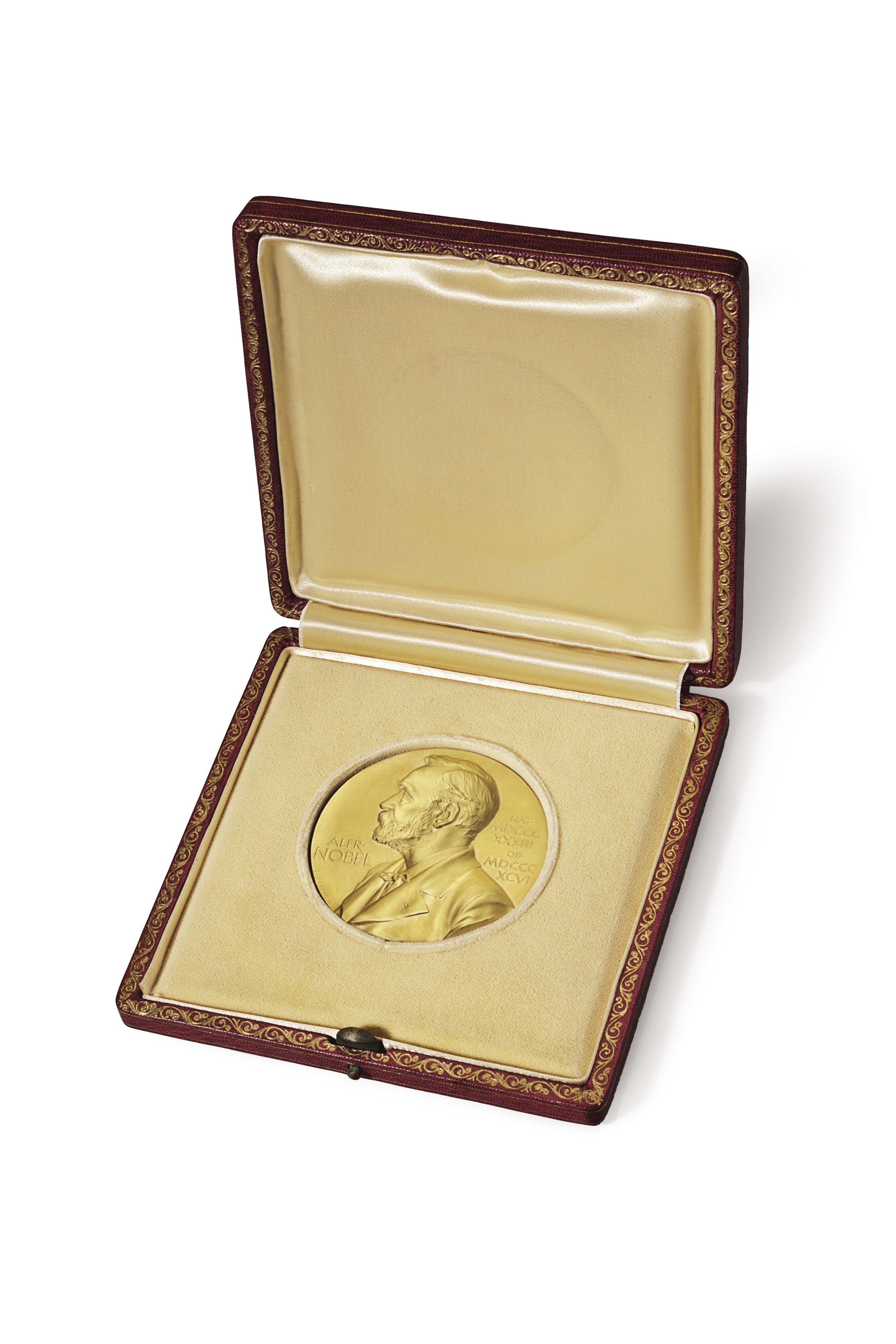 The Nobel Prize gold medal awarded to James Watson for his discovery of the structure of DNA sold at auction for nearly $5 million Thursday.

The auction at Christie's New York was a chance to celebrate one of the world's groundbreaking discoveries. However, it also served to reopen sensitivities about Watson himself, whose reputation was tarnished after he made racist remarks in 2007.

The controversy didn't seem to hurt the sale price of the 1962 medal, which sold for $4.76 million -- a record high for Nobel medals sold at auction, and far exceeding the projected bid of $2.5 million to $3.5 million. The medal was awarded for Watson's uncovering, alongside Dr. Francis Crick and Maurice Wilkins, of the structure of DNA: the double helix.

It was the first time a Nobel Prize medal was offered for sale by a living recipient. The family of Dr. Crick, who died in 2004, sold his medal at auction in 2013 for $2.27 million.

A letter Crick wrote to his son about his Nobel Prize-winning DNA discovery was sold to an anonymous buyer at that auction for a record-breaking $5.3 million -- more than $6 million if you include the commission.

For decades, Watson's life was defined by the DNA discovery. The 86-year-old biologist has worked tirelessly to promote one of the most important scientific discoveries of the 20th century. He wrote the first textbook of the new DNA science, the innovative and highly influential Molecular Biology of the Gene (1965), followed by his memoir of the discovery, The Double Helix (1968), one of the best-selling popular science books of all time.

But in 2007, Watson was cast in a different light when he suggested that people of African descent were inherently less intelligent than white people.

Watson did not respond to request for an interview. But he told the Financial Times on Sunday that he had become "an unperson" after the remarks and that his income has suffered. He was forced to retire from the Cold Spring Harbor Laboratory on Long Island, though he remains the chancellor emeritus there.

"No one wants to really admit I exist," said Watson, who insisted he wasn't "a racist in the conventional way."

With the sale, Watson said he hopes it will give him a chance to "reenter public life."

The auction also included Watson's own handwritten notes for his acceptance speech at the December 10, 1962, banquet ceremony in Stockholm, which sold for $365,000, and his manuscript and corrected drafts for his Nobel Lecture, delivered the following day, which were bought for $245,000.

He plans to donate some of the proceeds to continue his support of scientific research, academic institutions, and other charitable causes, including Cold Spring Harbor Laboratory, the University of Chicago, Clare College Cambridge and the Long Island Land Trust.