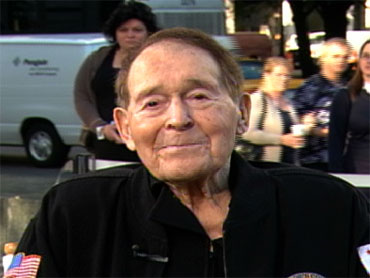 Fitness pioneer Jack LaLanne is recovering from heart valve surgery at his home in Morro Bay.

LaLanne's publicist, Ariel Hankin, said Tuesday that the 95-year-old underwent the procedure at a Los Angeles hospital on Dec. 8.

Hankin says that before the surgery LaLanne told his family, "I can't die, it would wreck my image."

The weightlifting guru is doing fine and expected to make a full recovery.

He became famous for his physique and for outrageous stunts like as towing boats while swimming across Long Beach Harbor handcuffed. He became a household name by hosting an exercise show on television from 1951-85.

Lalanne appeared on "The Early Show" in September to mark his 95th birthday.

Click on the video below to see LaLanne share some of his secrets to longevity and discuss his book, "Live Young Forever".