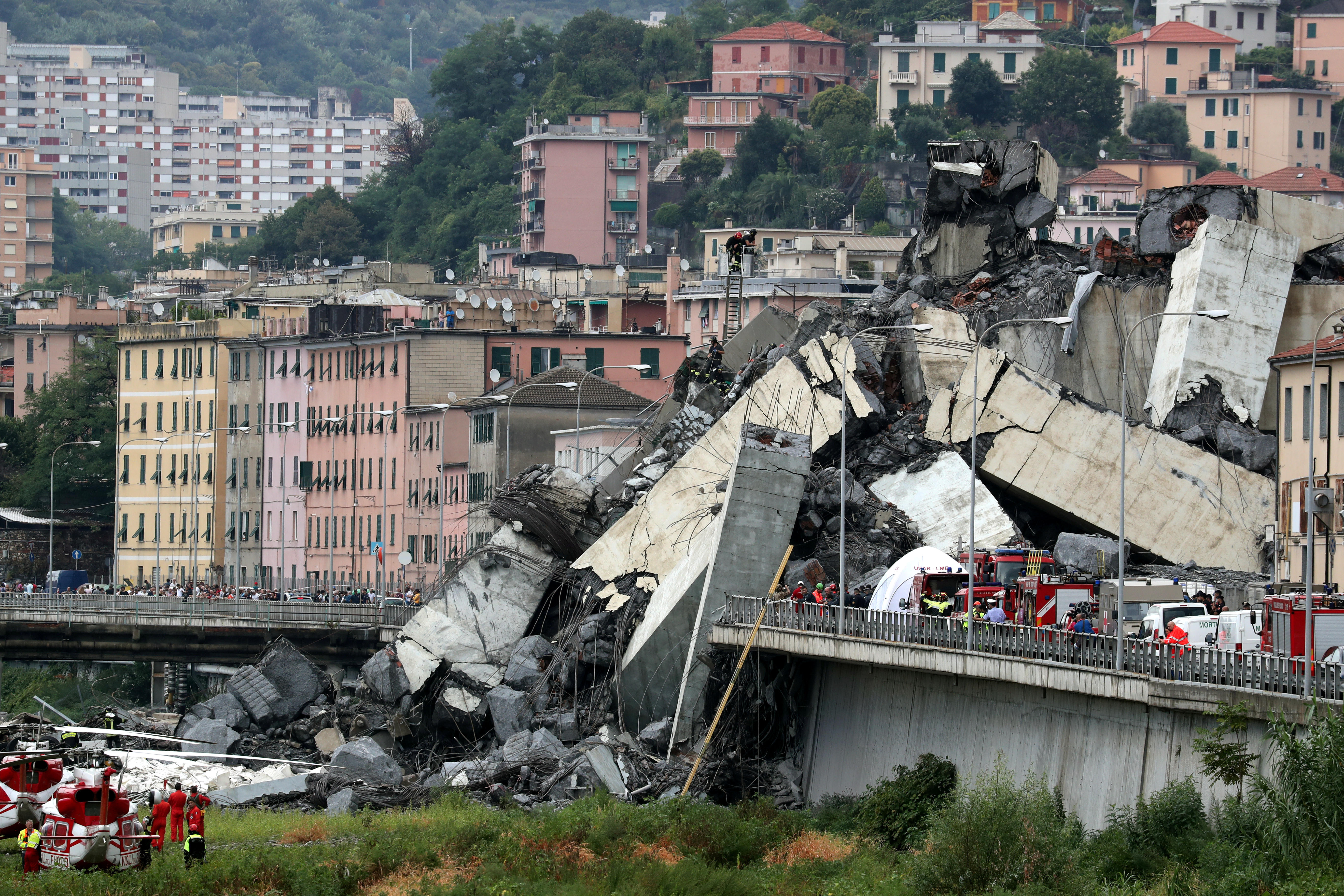 GENOA, Italy — A bridge, more than half a century old, suddenly collapsed Tuesday in Genoa, Italy. Experts told CBS News the bridge's design was vulnerable, and that it needed an overhaul that went far beyond regular maintenance.

A Genoa police spokesperson told the Reuters news agency Wednesday the death toll was at least 35, "but we can't rule out it could rise further."

Footage from a helicopter showed the level of destruction. Out of nowhere the bridge disappeared, taking everything and everyone with it. Cellphone video captured the moment a section of the bridge collapsed.

A green truck managed to stop a few feet from the precipice, but other vehicles weren't so lucky. Down below, rescue teams raced to find any sign of life, miraculously pulling survivors from the wreckage and rubble.

One man injured in the collapse managed to escape with an injured shoulder. He said he flew for about 10 meters and hit a wall. But he doesn't remember anything else.

A portion of the 3,000 foot bridge gave way during a sudden and violent summer storm that swept across the northern Italian city.

The Italian government has already launched an investigation into what caused the accident. The bridge was designed and built in the 1960s with 60,000 vehicles crossing it each day.

"That kind of bridge may collapse without giving you warning and you will never have a complete knowledge of such a large bridge," said professor Antonio Brencich.

But as officials count the dead, whatever the findings reveal will be no consolation for the families of those who will not be coming home.