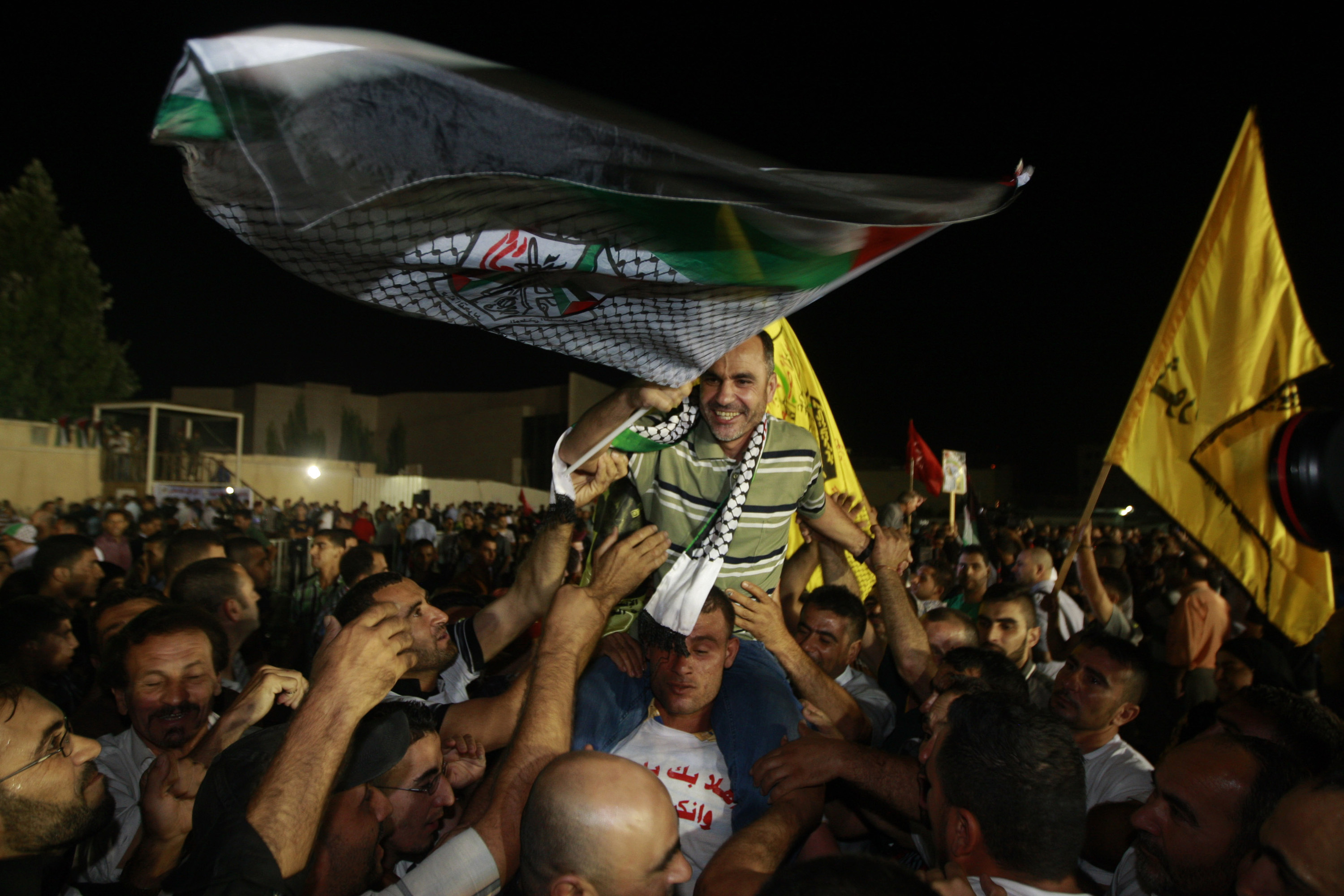 JERUSALEM Israelis and Palestinians were to hold their first formal peace talks in their home turf in the Middle East in nearly five years Wednesday, hours after Israel released 26 long-held Palestinian prisoners who were given a boisterous homecoming in the West Bank and Gaza.

Both sides have low expectations as they head into the U.S.-sponsored negotiations in Jerusalem, the third attempt since 2000 to agree on the terms of a Palestinian state alongside Israel.

The prisoner release, billed as the first of four over coming months, was meant to bring the Palestinians back to the table after a five-year halt of negotiations.

However, a top Palestinian official warned Wednesday that talks could quickly collapse because of Israel's continued settlement building on war-won lands sought for a Palestinian state. Over the past week, Israel made three announcements on promoting plans for a total of more than 3,000 new settlement apartments in the West Bank and east Jerusalem.

"The talks might collapse any time because of the Israeli practices," Yasser Abed Rabbo, an adviser of Palestinian President Mahmoud Abbas, told Voice of Palestine radio Wednesday.

Cabinet Minister Yaakov Peri of the centrist Yesh Atid party said time is running out and that both sides must push hard for a deal. "We won't have a lot more chances to solve this conflict," he told Israel Army radio.

Deputy Defense Minister Danny Danon from the ruling Likud party argued that Israelis today would not accept a peace proposal made by Netanyahu predecessor Ehud Olmert.

Such an agreement "will not win support, not just from me, but also from the Likud and, I think, most of the nation," Danon told Israel Radio.

The Palestinians want a state in the West Bank, Gaza and east Jerusalem, lands Israel captured in 1967. Since that war, Israel has built dozens of settlements there that are now home to more than half a million Israelis and are deemed illegal by most of the international community.

Since the first talks in 2000, the outlines of a deal have emerged — a Palestinian state in the vast majority of the war-won lands, with border adjustments and a land swap that would enable Israel to annex land where most of the settlers live.

The last formal peace talks in the region took place in 2007 and 2008 when Abbas and Olmert met dozens of times, mostly in Jerusalem. Before those talks broke down, Abbas proposed a swap of 1.9 percent, while Olmert asked for 6.5 percent.