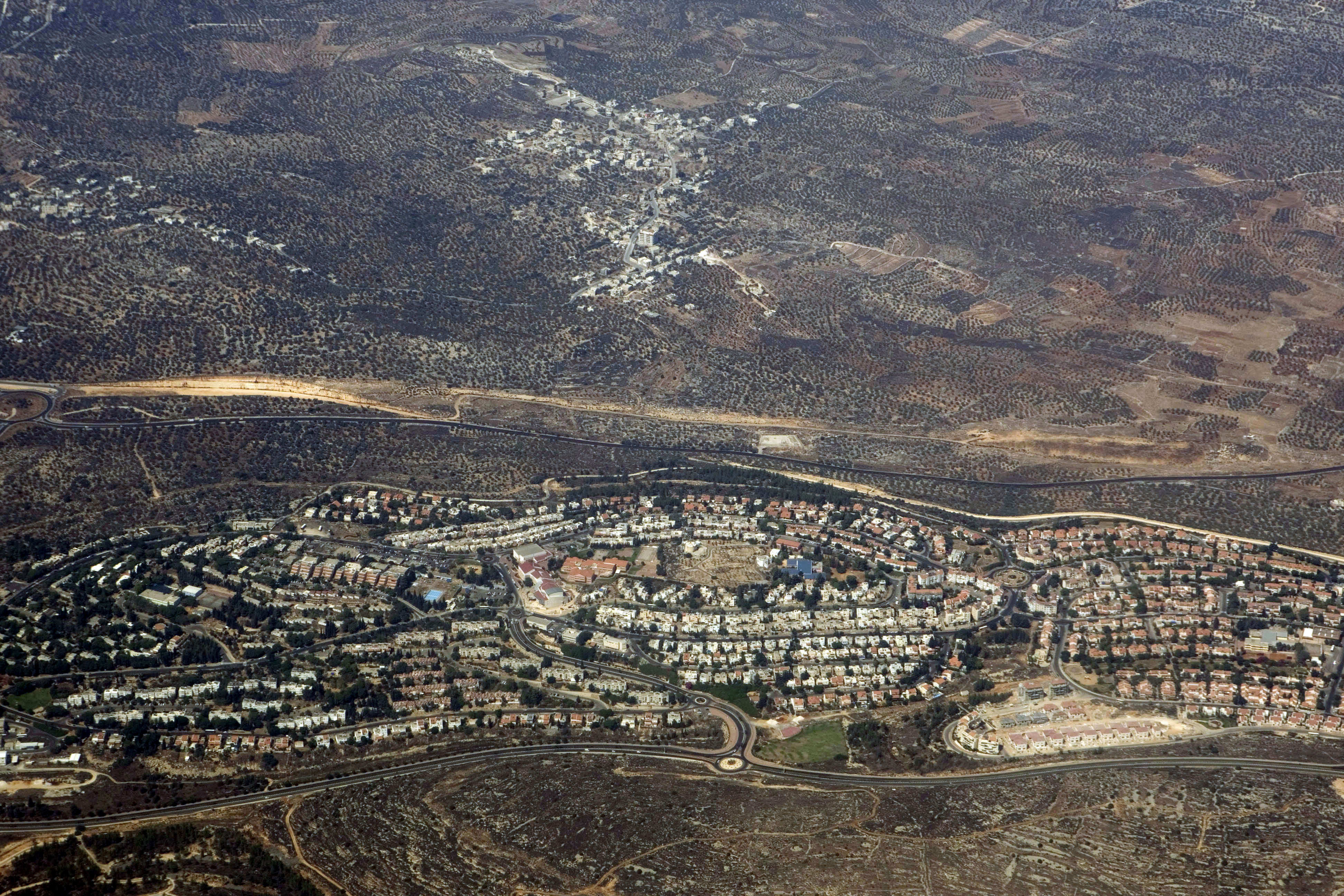 JERUSALEM Israel approved building nearly 1,200 more settlement homes Sunday and prepared the release of more than two dozen long-held Palestinian prisoners — highlighting an apparent settlements-for-prisoners trade-off that got both sides back to peace talks after a five-year freeze.

Yet concerns were mounting, especially among Palestinians, that the price is too steep. Sunday's announcement was Israel's third in a week on promoting Jewish settlements on war-won lands the Palestinians want for a state. It fueled Palestinian fears of a new Israeli construction spurt under the cover of U.S.-sponsored negotiations.

In Israel, the most vocal protests came from relatives of those killed in attacks carried out by Palestinians slated for release.

Bereaved relatives held up large photos of their loved ones during a Supreme Court hearing on an appeal against the upcoming release. "Why are we releasing butchers now? What for?" asked Gila Molcho, whose brother, lawyer Ian Feinberg, was stabbed to death by Palestinians who broke into a European aid office in Gaza City in 1993.

Israelis and Palestinians are to launch talks on Wednesday in Jerusalem, following a preparatory round two weeks ago in Washington. The U.S. envisions an agreement within nine months on the terms of a Palestinian state alongside Israel, including drawing a border, agreeing on security arrangements and deciding the fate of Palestinian refugees.

The Palestinians want a state to include the West Bank, Gaza and east Jerusalem, territories Israel captured in the 1967 Mideast war. However, they are willing to swap some West Bank land for Israeli territory to allow Israel to annex some of the largest Jewish settlements. In all, Israel has built dozens of settlements since 1967 that are now home to some 560,000 Israelis.

The diplomatic paralysis of the last five years was largely due to disputes over the settlements, deemed illegal by most of the international community.

Palestinian President Mahmoud Abbas long insisted he will only resume talks if Israel freezes construction. Israeli Prime Minister Benjamin Netanyahu rejected a freeze. Abbas, under pressure from Kerry, eventually dropped it as a condition for talks.

In exchange, Kerry won Israeli agreement that it will release 104 Palestinian prisoners serving long sentences, many for involvement in killing Israelis.

Meanwhile, Israeli Housing Minister Uri Ariel announced Sunday that he has given final approval for the construction of 1,187 apartments in settlements. Nearly 800 are in east Jerusalem and the rest in the West Bank.

Israeli government spokesman Mark Regev said the construction was approved in areas that Israel expects to retain in any future peace deal. "There is no way it changes the final map of peace," he said. "It changes nothing."

The Palestinians responded angrily, but stopped short of walking away from the negotiations.

"It is clear that the Israeli government is deliberately attempting to sabotage U.S. and international efforts to resume negotiations," Palestinian negotiator Mohammed Shtayyeh said. "Israel continues to use peace negotiations as a smoke screen for more settlement construction."

Shtayyeh said the Palestinians would complain to the U.S. and Europe. The main U.S. mediator in the talks, Martin Indyk, met Sunday with Abbas at his compound in the West Bank city of Ramallah.

Sunday's announcement was Israel's third in a week on pushing settlement plans.

Some Palestinian commentators have criticized Abbas for returning to negotiations without Israel either agreeing to a settlement freeze or recognizing the 1967 frontier as a baseline for talks.

"The Palestinians need to quit the talks because all they get is more building in the settlement buildings," said Hani Habib, a Palestinian writer and commentator. He said Abbas shouldn't have traded Palestinian national aspirations for a prisoner release, an emotional issue for both sides.

Since 1967, tens of thousands of Palestinians have been arrested by Israel, from young stone throwers to those who carried out deadly attacks.

Prisoners are seen in their communities as heroes who made personal sacrifices in the struggle for independence. Many Israelis view those involved in killings as cold-blooded terrorists.

On the Palestinian side, Abbas' aides have said privately that he was under intense U.S. pressure to return to the table. They said Abbas feared a drop in international aid and the possible collapse of his self-rule government in the West Bank if he defied Washington.

However, chief Palestinian negotiator Saeb Erekat denied Sunday that the Palestinians had acquiesced to a prisoners-for-settlements trade-off, even implicitly.