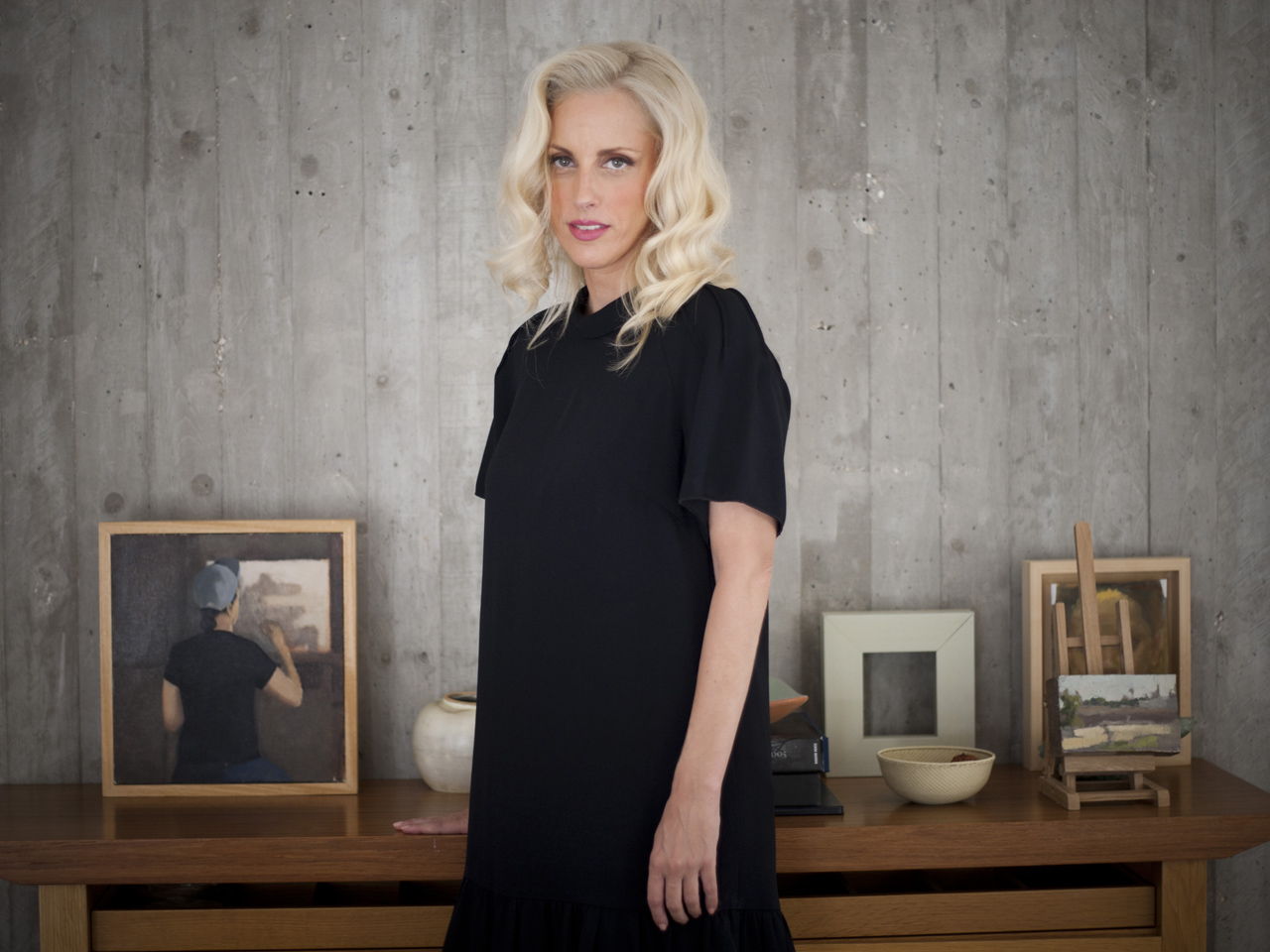 (AP) TEL AVIV, Israel - An imprisoned son of former Libyan dictator Moammar Qaddafi is getting help from an unlikely source: an Israeli actress and model who says she had a romantic relationship with him.

Orly Weinerman is rallying support for a petition drive calling on Libyan authorities to release Seif al-Islam Qaddafi, saying he is a generous and caring person who has been abandoned by the international community and deserves a fair trial outside Libya.

Weinerman's campaign is remarkable both because of the serious allegations against Seif al-Islam-- he faces murder charges inside Libya and an international war crimes indictment -- and the taboo nature of their relationship. Moammar Qaddafi, who was killed by rebels last October, was a staunch opponent of Israel, and contacts between citizens of the two countries, much less romances, are extremely rare.

In an interview, Weinerman described Seif al-Islam as "very calm and quiet, polite, a real gentleman." She said she was introduced to him by mutual friends in London in 2005, and that their relationship was romantic. She would not elaborate.

"He has a great sense of humor and we always had laughs together," she said.

She said she has never visited Libya but said to have met other members of the Qaddafi family. She did not provide names and declined to show The Associated Press any photos, correspondence or other mementos from their time together.

Weinerman's purported romance with Qaddafi first appeared in European tabloids in 2006. But only this month did she go public, hoping to draw attention to his plight.

She said that Seif al-Islam was a moderating influence on his father, and that he introduced "some reforms to Libya and he wanted to bring so many more."

"He challenged his father's regime," she said.

Seif al-Islam, 40, was arrested by Libyan rebels last November, weeks after they captured and killed his father. Held in a Libyan jail, the younger Qaddafi is now caught in a legal tug of war.

The International Criminal Court wants him in the dock in the Hague on charges of crimes against humanity for alleged involvement in attacks on civilians during the uprising against his father. Libyan authorities say they will try him for torturing and killing rebels and have refused to hand him over to ICC representatives. His international defense team has said there is no way he can receive a fair trial in Libya. The ICC refused to comment on Weinerman's efforts.

Weinerman said the international community, especially the U.N. Security Council and the same NATO countries that gave military muscle to Libya's rebels, are responsible for Seif al-Islam's safety, and called on them to do more to get him into ICC custody. He would likely face the death penalty if convicted in Libya.

Weinerman, who appeared in a number of popular Israeli TV shows in the 1990s, also said he should be treated as a prisoner of war because he was arrested on the battlefield.

She was especially critical of former British Prime Minister Tony Blair, who she says was a close friend of the younger Qaddafi.

"They worked together and became very close friends, sharing each other's company," she said. She urged Blair to "show some loyalty" and Christian compassion.

Blair's office declined to comment on the accusations. But in the past, it has acknowledged that in 2007 it responded to a request for assistance from Seif al-Islam as he worked on a thesis on international governance at the London School of Economics. The note, drafted by officials, offers some examples of good practice in international civic society and was signed by Blair.

Blair has defended his relationship with the Qaddafi family, saying his efforts helped push Libya to curb its nuclear and chemical weapons programs and end ties to terrorist groups.

Weinerman claimed it was Seif al-Islam who helped persuade his father to come clean on Libya's weapons of mass destruction program, an important step in bringing Libya out of isolation and one which Blair touted as a diplomatic triumph.

With Seif al-Islam languishing in a Libyan jail controlled by the rebels who caught him, Weinerman sits and waits in Tel Aviv, worrying for his safety. She said she has not had any contact with him since his arrest.

The online petition, which aims to collect 50,000 signatures, accuses the ICC of prosecutorial misconduct and says Seif al-Islam "has been the victim of a mass media campaign to implicate his guilt for crimes that he has not committed and for which there is no substantive evidence."