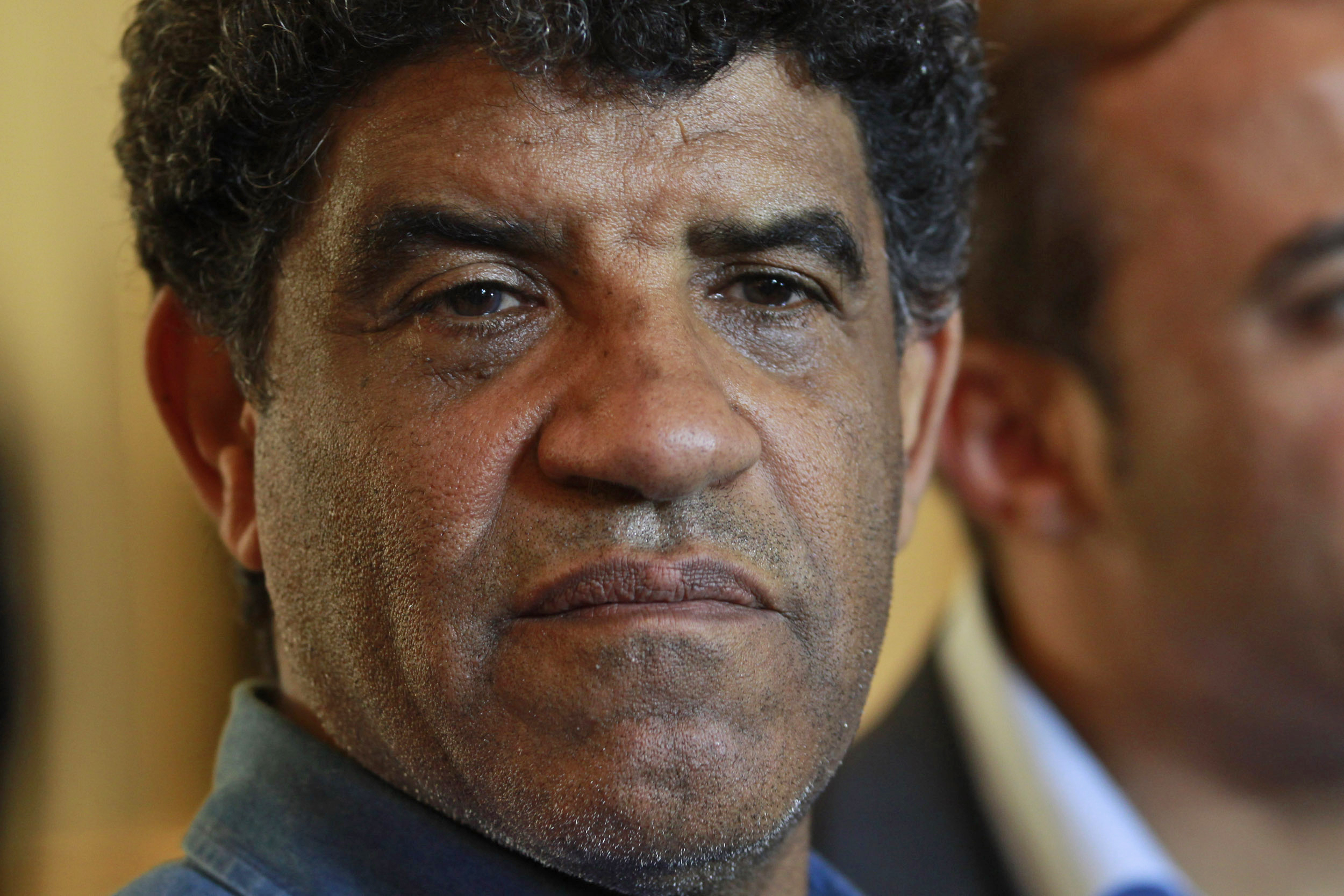 A plane carrying Abdullah al-Senoussi landed in the afternoon at Metiga air base at the heart of Tripoli in the afternoon. From there he was flown by helicopter to the Hill Prison in the capital.

"Abdullah al-Senoussi will be have a fair trial according to international standards for human rights, the rights from which Libyans were deprived," Prime Minister Abdurrahim el-Keib told reporters in Tripoli.

The former spy chief is accused of complicity in the 1988 bombing of a Pan Am airliner over Lockerbie, Scotland, as well as the Abu Salim prison massacre of more than 1,200 inmates by Qaddafi's regime in 1996 and another airplane bombing in 1989.

Mauritania, Libya, the International Criminal Court and France all asked to try the former intelligence chief.

Libya and the ICC are embroiled in a similar dispute over where to try Seif al-Islam Qaddafi, known as the dictator's political heir apparent. He is being held by a militia in western Libya. The Libyan government said recently it would put him on trial there.

The Libyan official said al-Senoussi is being held together with other former regime members, including an ex-prime minister. The official was speaking on condition of anonymity because he was not authorized to brief reporters.

A picture of al-Senoussi circulating on Libyan activists' social networking sites was apparently taken as he left the helicopter. It shows the dark-skinned man with a thick beard, appearing thinner than before. Behind him appears the Libyan chief of staff, Gen. Youssef al-Mangoush.

Bystanders chanted, of "the blood of the martyrs will not go in vain," as a video clip showed him leaving the helicopter and entering a black vehicle.

Al-Senoussi is Qaddafi's brother-in-law and was known as Qaddafi's "black box," a reference to his intimate knowledge of all aspects of Qaddafi's abuses. Qaddafi was overthrown last summer, then captured and killed by rebels in October.

Al-Senoussi was arrested in March at Mauritania's international airport, where he showed up disguised as a Tuareg chieftain, wearing flowing robes and a turban and traveling on a fake passport. For months, Mauritania resisted calls to hand him over, insisting that its laws were violated and that he should be tried there.

On Monday, a Libyan delegation including the finance and justice ministers arrived in Mauritania. The government handed al-Senoussi over to the Libyan minister of justice at the Mauritanian airport. A Libyan jet had been sent to fly the ex-spy chief home.

A baggage handler at the airport who asked not to be named because of the sensitivity of the matter said that al-Senoussi was not handcuffed when he was brought out. He said he looked healthy and in good spirits as he walked up the ramp to the plane.

However, Hassan Zaqlama, the Libyan finance minister, told Free Libya TV that al-Senoussi resisted getting into the plane but was forced to by security agents.

Al-Senoussi had spent his five-month incarceration in Mauritania in a private villa, the Libyan official said. He was allowed to exercise, watch TV, read the international media and receive visits from his nephew, said the official.

In May, he was indicted by a Mauritanian judge for "illegally entering Mauritania using false identity documents," after which he was sent to a public jail. It is not clear how he was transferred from jail to a private villa.

Oriane Maillet, a spokeswoman for the international tribunal in The Hague, said the court has received no information from Libyan authorities on the transfer of al-Senoussi, but stressed that an international arrest warrant has been issued for him based on ICC charges.

U.S. House Minority Leader Nancy Pelosi, who led a delegation to the region, told reporters in Tripoli earlier this year that the U.S. had a "particular interest (in seeing him arrested) because of his role with the Lockerbie bombing."

France also lobbied for custody of al-Senoussi. He was one of six Libyans convicted in absentia and sentenced to life in prison in France for the 1989 bombing of a passenger jet over Niger that killed all 170 people on board, including 54 French citizens.