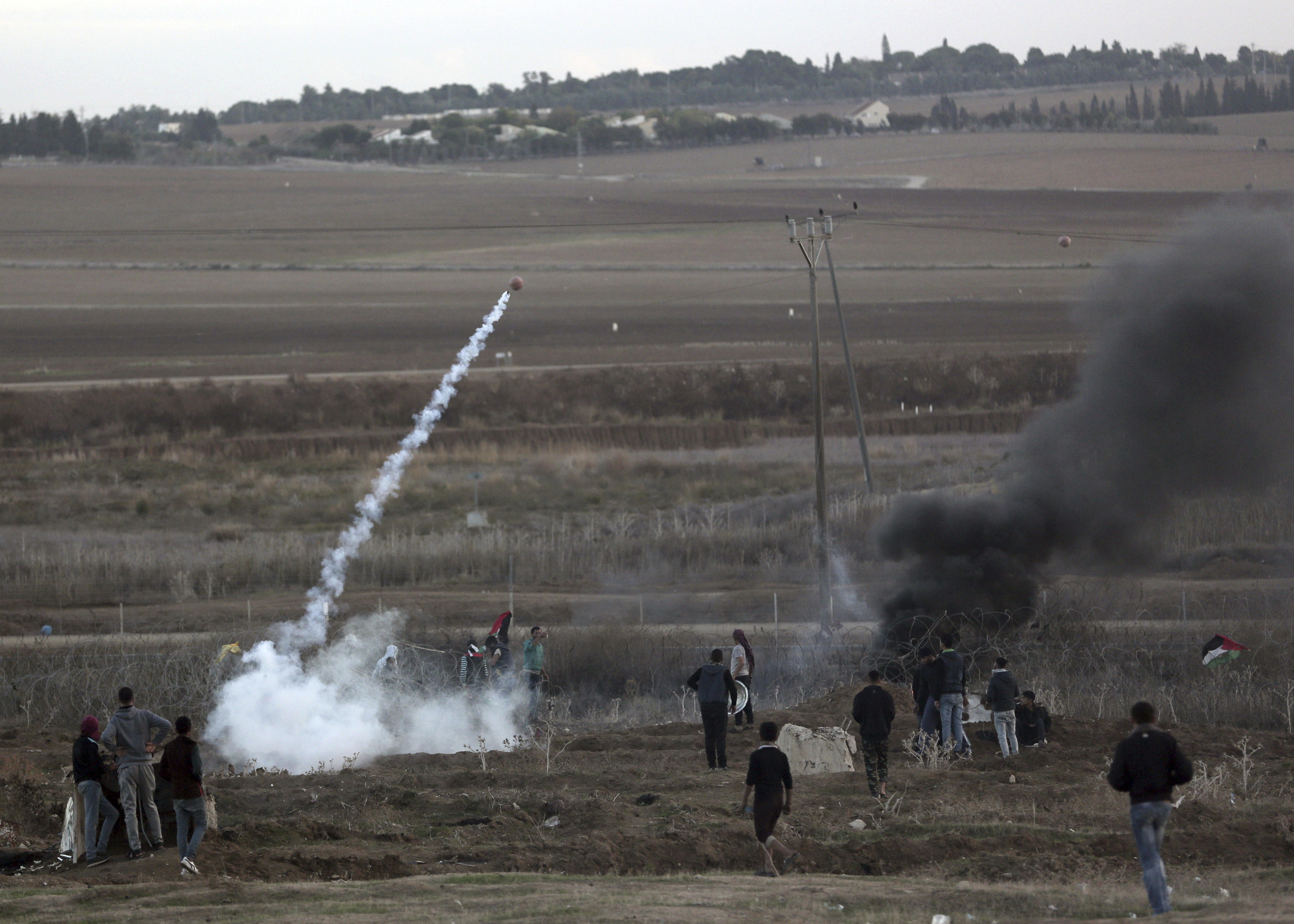 The Israeli military says it struck targets in the Gaza Strip in response to projectiles fired at Israel.

The military says that a projectile exploded Thursday in southern Israel, in addition to two earlier ones launched from Gaza which fell short and landed in the Palestinian territory.

The border violence comes a day after President Donald Trump recognized Jerusalem as Israel's capital.  Israeli Prime Minister Benjamin Netanyahu applauded the decision, while Palestinian President Mahmoud Abbas called the U.S. shift "a declaration of withdrawal from the role it has played in the peace process."

Hamas leader Ismail Haniyeh called for Palestinians to launch a new uprising against Israel in the wake of Mr. Trump's declaration, which marked a dramatic break with decades of U.S. policy on Jerusalem and counters long-standing international assurances to the Palestinians that the fate of the city will be determined in negotiations. The Palestinians seek east Jerusalem, captured by Israel in 1967, as a future capital.

Earlier Thursday, hundreds of Palestinians were protesting in cities across the West Bank and Gaza Strip against Mr. Trump's recognition of Jerusalem as Israel's capital. The demonstrators burned posters of Mr. Trump and of Israeli Prime Minister Benjamin Netanyahu, as well as American and Israeli flags. Clashes between Israeli security forces and Palestinian protesters were reported at several locations.

CBS News correspondent Seth Doane reports that Israeli vehicles attempted to repel people during a protest in Bethlehem, in the West Bank. Tear gas was fired over and over again. Some Palestinian men were armed with slingshots, firing rocks towards armed Israelis.

Rallies took place in the West Bank cities of Hebron, Ramallah, Nablus and Jenin, in addition to Bethlehem. A demonstration was also being held outside the Damascus Gate of Jerusalem's Old City.

Palestinians have called a general strike on Thursday and are preparing for more mass protests on Friday.

Palestinian officials said dozens of protesters were lightly wounded in a number of demonstrations in the West Bank. The Palestinian Red Crescent said dozens of people have been wounded, mostly from tear gas inhalation. It said six people were wounded by rubber bullets and one person from live fire. The Israeli military denies that live fire was used.

The Palestinian Health Ministry said the injuries are all minor.