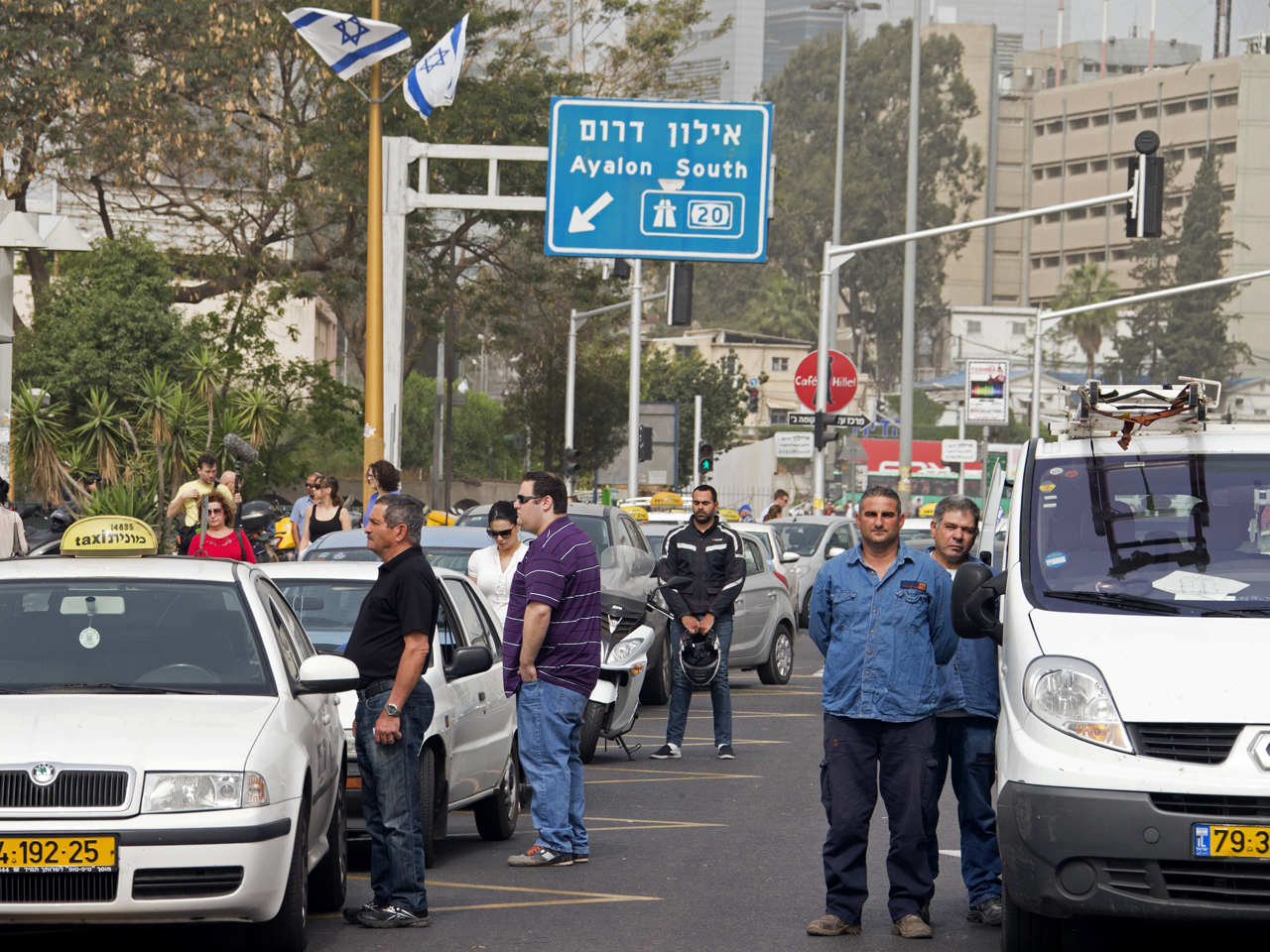 Jerusalem Israel came to a standstill for two mournful minutes as sirens pierced the air to remember the 6 million Jews systematically murdered by German Nazis and their collaborators during the Holocaust in WWII.

Israelis stopped what they were doing and stood in silence as sirens wailed nationwide Monday at 10:00 a.m.

People stood with heads bowed in reflection. Traffic froze as drivers stopped their cars and stepped outside in respect for the solemn day.

Ceremonies were held around the country. The main wreath laying ceremony was held at the Yad Vashem memorial in Jerusalem. U.S. Secretary of State John Kerry took part, laying a red, white and blue wreath.

International Holocaust Remembrance Day is marked worldwide on Jan. 27, the date of the liberation of the Auschwitz death camp. Israel's annual Holocaust memorial day coincides with the Hebrew date of the Warsaw ghetto uprising.

Meanwhile, Israel shut a crossing with Gaza after rockets were fired from the Hamas-ruled territory at the Jewish state on the day it commemorated the Holocaust.

The military said it closed the Kerem Shalom terminal Monday. Another crossing would be open for humanitarian cases only, it said.

Israel has blockaded the coastal territory since the Islamic militant Hamas took over in 2007.

Israeli police said several rockets were fired from Gaza at Israel the previous evening, as annual ceremonies were held nationwide to remember the 6 million Jews murdered by German Nazis and their collaborators.

Israeli TV showed footage of people in the south of the country abandoning a memorial ceremony and running for cover as sirens wailed warning of incoming rockets.

No injuries resulted from the attack, police said.