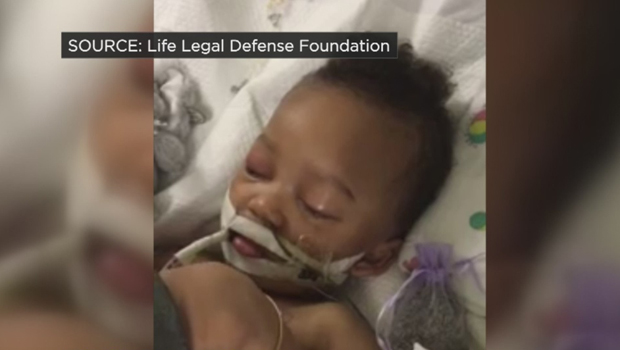 SACRAMENTO, Calif. -- A federal judge in California on Friday granted a one-week extension for a mother's request to keep her toddler on life support to give an appeals court time to weigh in.

Mueller rejected Jonee Fonseca's request for a permanent court order requiring Kaiser Permanente Medical Center in Roseville to keep her son on life support to give her ample time to find another facility for him.

But Mueller gave Fonseca a week to appeal her decision.

Fonseca said Israel moved in response to her touch and voice even after he was declared brain dead.

Israel suffered a brain injury following an asthma attack that left him without oxygen for 40 minutes. Fonesca said over the last few weeks, her son has made improvements.

"Now not only is he responding to our touch and our voice, but I've seen him take breaths off the ventilator, it's very hopeful and a good feeling," Fonseca said.

"While Ms. Fonseca's maternal instincts and moral position are completely understandable, the concerns reviewed here suggest she is unlikely to obtain the relief she seeks," the judge wrote.

Kaiser Permanente attorneys said Israel's condition will not improve and futile care would deprive him of the "dignity of death."

"Our hearts go out to this family as they cope with the irreversible brain death of their son," the hospital's chief of staff, Dr. Chris Palkowski, said in a statement promising to follow the judge's order.

A neonatologist from Ohio said he's examined Israel and believes he could recover with treatment.

"It's helped to maintain his life, but somewhere in this United States there's got to be a doctor who will stand up and treat him," said Dr. Paul Byrne, president of the Life Guardian Foundation in Ohio.

The fight is similar to the battle over Jahi McMath, a 13-year-old girl who underwent a tonsillectomy and tissue removal at Children's Hospital in Oakland, California, to treat sleep apnea.

The girl suffered massive bleeding, had a heart attack and was declared brain dead in 2013. But her family fought to keep her on life support and moved her to New Jersey, which requires medical treatment of patients like McMath who are declared dead but show minimal brain function.

"Plaintiffs are Christians with firm religious beliefs that as long as the heart is beating, Israel is alive," Snider said in court documents.

"I do feel like it's getting harder, but we made it this far and made it farther than anyone else," Israel's father, Nate Stinson, told KOVR. "I believe that God is with us and we are going to keep pushing on."