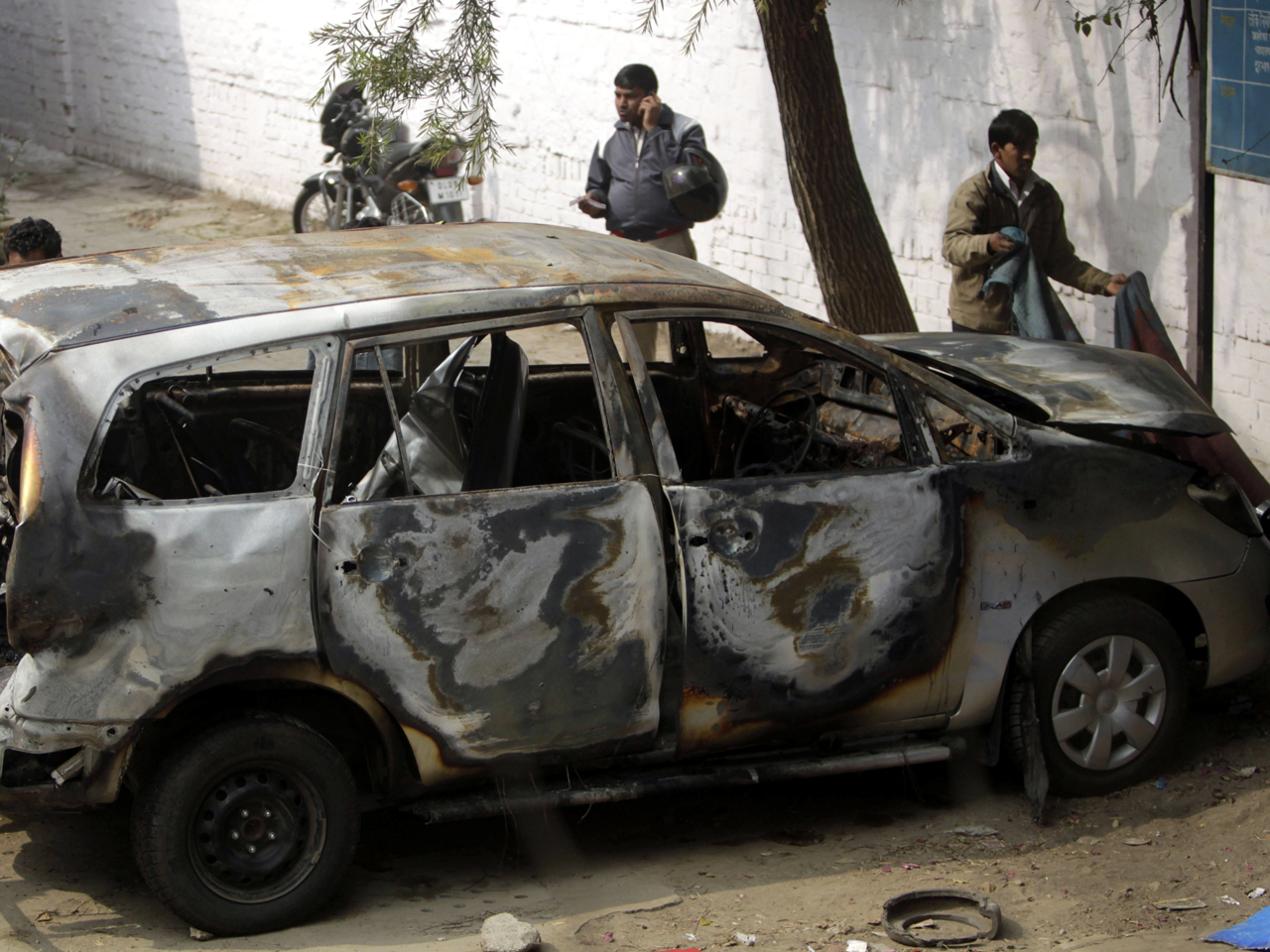 JERUSALEM - Police heightened their state of alert throughout Israel on Tuesday following bomb attacks on diplomats in India and Georgia. Officials were also trying to determine whether Israelis were the intended target of an Iranian man carrying explosives who blew his own legs off in Bangkok.

Authorities in Thailand said the Iranian was responsible for the three explosions in Bangkok, which wounded four people, including the alleged attacker. Israel Foreign Ministry spokesman Yigal Palmor said there were no immediate signs that targets were Israeli or Jewish, "but we can't rule out that possibility."

Israel blamed Iran for Monday's attacks in India and Georgia. Officials predicted that those attacks, which targeted Israeli diplomats, were just the first in a wave of assaults on Israeli targets by Iran and its Lebanese proxy, Hezbollah.

"The Iranians and Hezbollah are determined to disrupt Israeli life and to act against Israelis all over the world," Defense Minister Ehud Barak said Tuesday during a visit to Singapore. "They want to strike at Israelis and we must act against this terror front and continue to brace for other challenges we face."

Hezbollah this week marked the fourth anniversary of the assassination of commander Imad Mughniyeh, who died in a mysterious explosion widely blamed on Israel.

Iran, meanwhile, has accused the Israelis of being behind a series of assassinations of nuclear scientists and other sabotage of its nuclear program. Israel, like the West, believes Iran is pursuing nuclear weapons.

In Israel, police spokesman Micky Rosenfeld said security was heightened at public places, foreign embassies and offices, as well as Ben-Gurion International Airport. He says patrols have been stepped up and police were instructed to be especially vigilant.

In India, investigators were searching for what they called a well-trained motorcycle assailant who stuck a magnet bomb on an Israeli diplomatic car in New Delhi, wounding four people, including one critically.

Israel sent forensic scientists from its police force to New Delhi to participate in the investigation, an Israeli government official said. The embassy declined to provide details of the investigation.

Iran has denied responsibility for the attack in India, as well as a foiled bombing of an Israeli diplomatic car in Georgia, which appeared to mirror the recent "sticky bomb" killings of Iranian nuclear scientists that Tehran has blamed on Israel.

The bombings have ratcheted already heightened tensions between Tehran and the Jewish state over Iran's nuclear program. Israel doesn't believe Iran's claims that it aims to produce electricity, not bombs, and its threats of a possible military strike have grown more ominous in recent weeks.