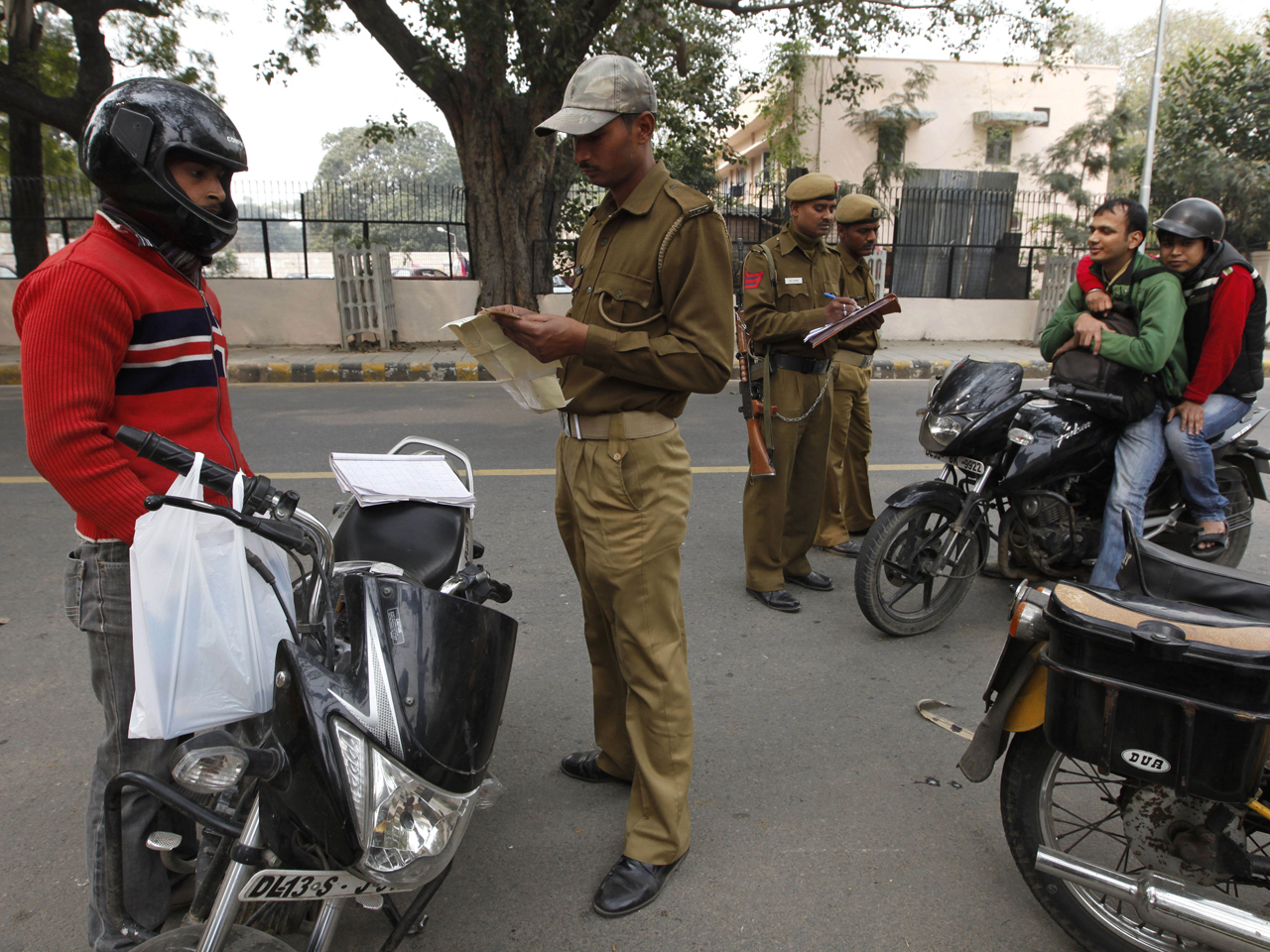 NEW DELHI - Indian investigators were searching Tuesday for the motorcycle assailant who attached a bomb to an Israeli diplomatic car in the heart of New Delhi in an attack the Jewish state blamed on Iran or its proxies.

Iran has denied responsibility for the attack, as well as a foiled bombing in Georgia, which appeared to mirror the recent killings of Iranian nuclear scientists that Tehran blamed on Israel.

The blast in New Delhi set a car ablaze and wounded four people, including an Israeli Embassy driver and a diplomat's wife, who was in critical, but stable, condition.

Indian Home Minister Palaniappan Chidambaram said the strike appeared to be a terror attack carried out by a "very well-trained person."

Israel has blamed Iran and the Lebanese group Hezbollah for the attack and the failed strike in Georgia, which have ratcheted already heightened tensions between Tehran and the Jewish state.

Iran is a strong Indian ally and a steady oil supplier to the energy-starved country.

India declined to cast blame for the attack in the heart of its capital, just a few hundred yards (meters) from the prime minister's residence.

"At the moment, I am not pointing a finger at any particular group or any particular organization. But whoever did it, we condemn it in the strongest terms," Chidambaram said.

Indian security experts say that scores of students from north India go every year to the Iranian holy city of Qom for religious studies and many maintain contacts there.

Israel sent forensic scientists from its police force to New Delhi to search for clues as to who carried out the attacks, an Israeli government official said.

The embassy declined to provide details of the investigation.

Israeli officials said they expected the attacks would not be isolated.

The attack took place just after 3 p.m. Monday, when Tal Yehoshua-Koren, the wife of a Defense Ministry official based in New Delhi, was heading to the American Embassy School to pick up her children, police said.

A single person on a motorcycle rode up behind her minivan as it was stopped at a red light and attached a bomb to the rear door, Chidambaram said. The motorcycle then sped off and the bomb blew up four or five seconds later.

The driver of the van and two people in a nearby car suffered minor injuries. Yehoshua-Koren underwent surgery to remove shrapnel from near her spine and was in critical, but stable condition Tuesday morning, according to Dr. P.K. Sachdeva, a neurosurgeon treating her at Primus Hospital.

"She is responding to verbal commands. Her husband has met her. There is partial paralysis of the legs, but we are hoping that with time she will improve," he said.

Authorities were scanning closed circuit camera footage of the street, and special teams were searching for the motorcycle and its rider, Chidambaram said.

"Diplomats of every country are entitled to live and work here in peace and security, and any attempt to attack any diplomat or a member of a diplomat's family is condemnable," he said.

Israeli diplomats in India have been on alert since Pakistan-based militants targeted a Jewish community center during their 2008 rampage across the city of Mumbai.

After Monday's attack, security was tightened at embassies across the capital.

"As the government of India has recommended, all diplomatic missions are taking security precautions in light of this incident," said Peter Vrooman, spokesman for the U.S. Embassy.

The attack raised the specter that India's image as a country with porous security was inviting foreign actors to use it as a theater to attack each other.

"A single incident, you know, you cannot generalize and say India has failed," S.M. Krishna, the foreign minister, told CNN-IBN television. "An isolated incident of this kind can happen anywhere in the world."

The use of "sticky bombs" attached to cars by magnets in the New Delhi and Georgia attacks appeared to mirror the recent killings of Iranian nuclear scientists that Tehran blamed on Israel.

Israeli Prime Minister Benjamin Netanyahu blamed the attacks on Iran and Hezbollah. He said Israel had thwarted attacks in recent months in Azerbaijan and Thailand and unspecified other countries.

Hezbollah and Iran have deep grievances against Israel.

Hezbollah battled Israel in a monthlong war in 2006. On Sunday, the Lebanese guerrilla group marked the anniversary of the 2008 assassination of one of its commanders, Imad Mughniyeh, in a bombing widely believed to have been carried out by Israel. Iran has been widely suspected of looking for payback for the covert plots against its nuclear program it has blamed on Israel's spy agency Mossad and Western allies.

The violence added further tension to one of the globe's most contentious standoffs. Iran has been accused of developing a nuclear weapons program that Israel says threatens the existence of the Jewish state. Tehran says its nuclear program is for peaceful purposes only.

Recent comments by Israeli officials have raised fears Israel might be preparing to strike Iran's nuclear facilities. While Israel says it hopes that international sanctions can curb Iran's nuclear program, leaders pointedly note that "all options are on the table" and have warned that as Iran moves closer to weapons capability, time is running out for action.

Fearing an Israeli attack could set off a conflict across the region and send oil prices skyrocketing, the U.S. and other Western countries have been pressing Israel to give sanctions more time.

Israeli military analyst Reuven Pedatzur said Monday's action was unlikely to have any bearing on whether Israel attacks Iran, calling it an "isolated incident" with rather low impact.

Were Iran found to be behind the New Delhi attack, it would be a stunning action against one of its more reliable allies.

Indian Prime Minister Manmohan Singh has resisted U.S. and European Union pressure to curtail trade with Iran over the nuclear issue. Energy-starved India relies heavily on Iranian oil imports, and the two countries are working to find creative ways for India to circumvent banking restrictions to pay for the oil by using rupees and investing in Iranian infrastructure projects.