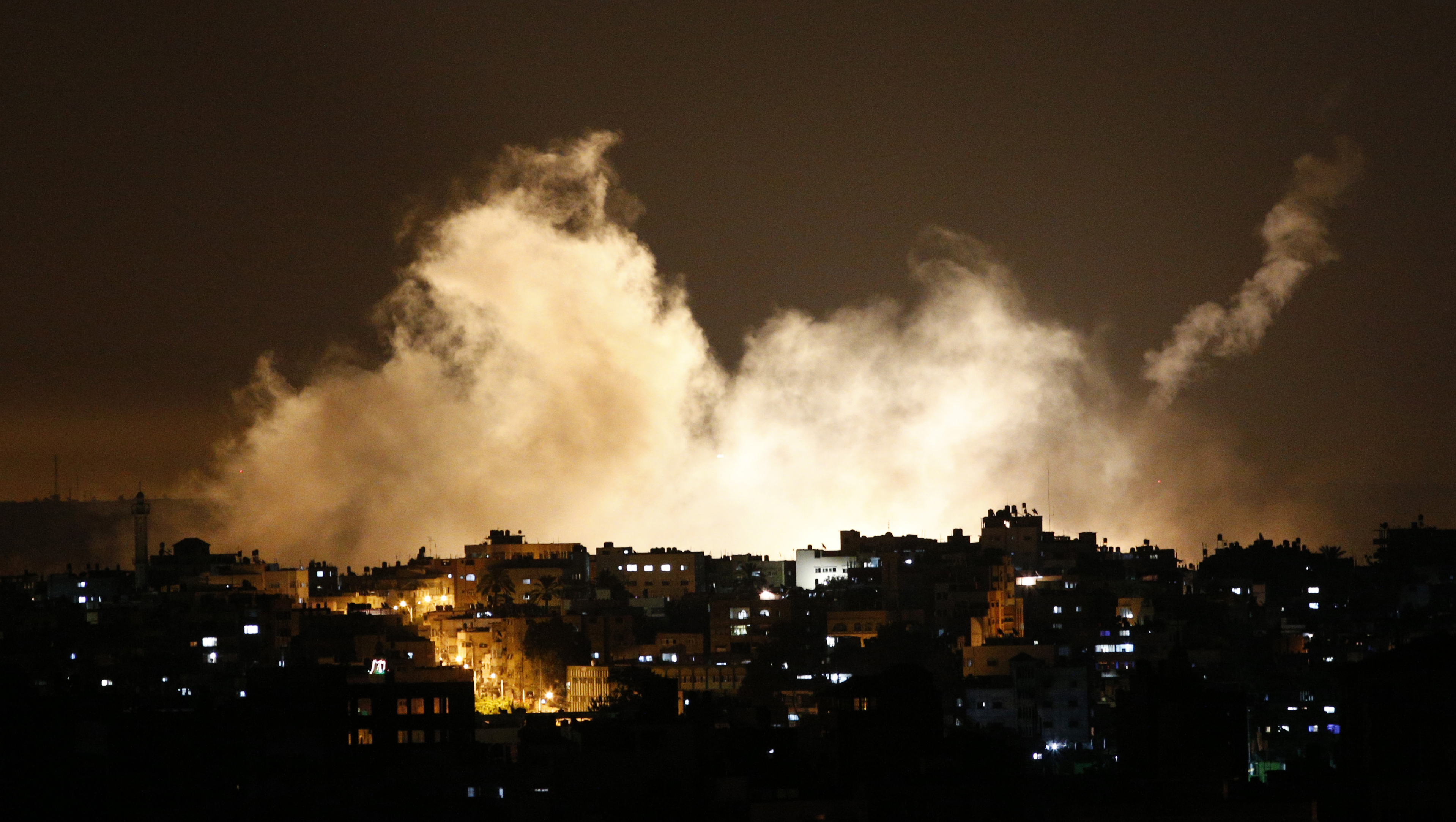 The army said in a statement late Thursday that after 10 days of Hamas attacks, it had "initiated a ground operation within the Gaza Strip."

It was the first major Israeli ground offensive in Gaza in just over five years and came after Egyptian-led efforts to broker a cease-fire failed.

The ground offensive began hours after Hamas militants tried to infiltrate Israel through a tunnel, but were stopped by an Israeli strike at the mouth of the tunnel.

"In light of the despicable and relentless aggression by Hamas and the dangerous infiltration into Israel, Israel is obliged to protect its citizens," said a statement from Israeli Prime Minister Benjamin Netanyahu's office.

The army said the objective of the ground assault was to strike a "significant blow to Hamas' terror infrastructure."

Not long into the offensive, Hamas spokesman Faouzi Barhoum told CBS News it was a "serious escalation," and vowed that Israel "will pay dearly."

"Hamas is ready for a confrontation," he said.

Secretary of State John Kerry spoke to Netanyahu by phone and "emphasized the need to avoid further escalation," the State Department said in a statement.

"The secretary reaffirmed our strong support for Israel's right to defend itself against terrorist threats," the statement said, but added that Kerry "also reiterated our concern about the safety and security of civilians on both sides and the importance of doing everything possible to prevent civilian casualties."

At the United Nations, Secretary-General Ban Ki-moon said he regretted that the "already dangerous conflict has now escalated even further."

"I urge Israel to do far more to stop civilian casualties," he said. "There can be no military solution to this conflict."

Jordan, the Arab representative on the U.N. Security Council, called for an emergency meeting but no time has been set.

Gaza health officials said eight Palestinians were killed in the early stage of the ground operation, including a 3-month-old boy who died after a shell hit his family's Bedouin tent in southern Gaza. The body was evacuated on a donkey cart because ambulances couldn't reach the area due to heavy shelling, the officials said.

A witness on the northern border told CBS News that he was seeing Israeli tanks rolling into Gaza.

The CBS News team in Gaza City could hear heaving shelling just to the north.

"The sky here in Gaza has been lit up over and over again as Israel pounds this tiny land with airstrikes," CBS News correspondent Holly Williams said.

The Israeli military said the operation was open-ended and would be carried out on several fronts in the coastal strip. Thousands of troops, backed by tanks and DC9 bulldozers, began rolling into the territory after 10 p.m. Thursday, Israeli military spokesman Lt. Col. Peter Lerner said.

Thousands of Israeli soldiers had massed on the border with Gaza in recent days, waiting for the order to go in.

Israel had called up 48,000 reserve soldiers, and later Thursday the Cabinet authorized the military to call up 18,000 more, the military said.

Earlier Thursday, Israel said it had killed 13 Palestinian militants attempting to sneak into the country via a tunnel under the Gaza border.

Hours before that, an Israeli official told CBS News that an agreement had been reached with Palestinian militant factions for a longer-term cease-fire deal to begin Friday morning, but it quickly became apparent that Hamas had not actually backed the deal.

Both sides briefly held their fire Thursday morning for a five-hour humanitarian cease-fire that they agreed to the previous day at the request of the United Nations.

The goal, after 10 days of relentless missile strikes by Israeli warplanes and ships on the densely packed, tiny Palestinian coastal territory, was to get humanitarian relief supplies into Gaza.

Right up to the hour before the humanitarian truce began at 10 a.m., rockets fired by Palestinian militants in Gaza continued slamming into southern Israel, and Israeli missiles hit fresh targets in Gaza.

Police in the Gaza town of Rafah said three civilians were killed when tank shells hit their home, and Israeli officials reported 15 rockets fired into the Jewish state -- thought it wasn't clear how many had slipped past Israel's advanced "Iron Dome" anti-missile system.

Palestinian officials say more than 240 people have been killed by Israel's strikes on the Gaza Strip -- most of them civilians. One Israeli has died.

Four of the most recent Palestinian deaths occurred Wednesday when a missile, apparently from an Israeli warship sitting off the coast, hit a group of people near a coastal road in Gaza.

CBS News' Williams reported the four young boys, cousins aged 9 to 11, were playing on the beach. Some of them tried to run for cover, but they didn't make it.

Israel says its offensive in Gaza targets terrorists, but the mother of two of the boys killed Wednesday cried at a hospital for God to "have vengeance on Israel."

Israel insists it had no intention of harming children and is investigating the incident on the beach. But the Israeli government blames all civilian deaths on the Palestinian militants, arguing they're responsible as they launch their rockets from within residential areas.