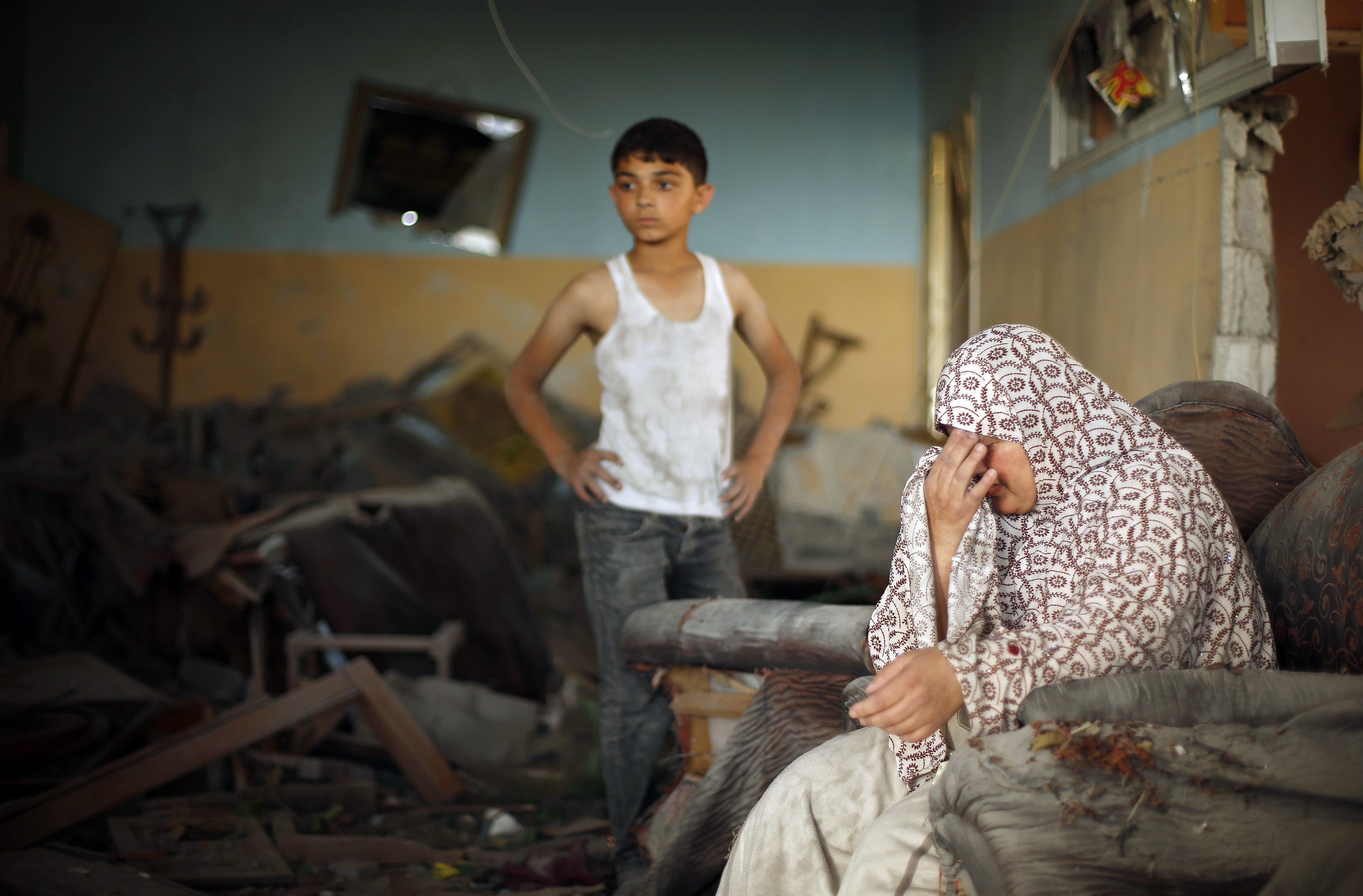 GAZA CITY -- Israel's military and Palestinian militant factions have agreed to a longer-term cease-fire deal, which should see both sides lay down their arms beginning Friday morning, an Israeli official told CBS News on Thursday.

But the details of the apparent deal remained unclear, and crucially, the Israeli government refused to officially confirm the news. One Hamas source, meanwhile, told CBS News the group's leaders were still meeting with other Palestinian factions to discuss the potential halt to violence. The source said the militant group had not confirmed its agreement to any longer-term cease-fire.

News of the potential breakthrough came as both sides briefly held their fire Thursday morning for a five-hour humanitarian cease-fire which they agreed to the previous day at the request of the United Nations.

The goal, after 10 days of relentless missile strikes by Israeli warplanes and ships on the densely packed, tiny Palestinian coastal territory of the Gaza Strip, was to get humanitarian relief supplies into Gaza.

Hamas sources then told CBS News that Israeli artillery shells had hit ‎Gaza near ‎the Kerem Shalom border crossing, landing near houses but not causing any damage. An Israeli Defense Forces (IDF) spokesman confirmed the strikes, saying an Israeli soldier was lightly wounded in an explosion during operational activity and the army replied by firing at the source.

As soon as the brief cease-fire expired on Thursday, Israel's military said warning sirens were sounding in the southern town of Ashkelon, indicating rocket fire from Gaza had resumed.

Right up to the hour before the truce window opened at 10 a.m. (3 a.m. Eastern), rockets fired by Palestinian militants in Gaza continued slamming into southern Israel, and Israeli missiles hit fresh targets in Gaza.

Before the short lull in fighting, police in the Gaza town of Rafah said three civilians were killed when tank shells hit their home, and Israeli officials reported 15 rockets fired into the Jewish state -- thought it wasn't clear how many had slipped past Israel's advanced "Iron Dome" anti-missile system.

Israel's military also reported disrupting a plot by 13 Palestinian militants, allegedly caught as they tried to sneak into Israel via a tunnel under the Gaza border. The IDF said the 13 were killed in an airstrike.

One Israeli has been killed by the rocket fire from Gaza, which has seen militants -- primarily from the Hamas group which controls the tiny strip of land -- launch more than a thousand of the indiscriminate projectiles at Israel during the last 10 days.

In contrast, Palestinian officials say more than 220 people have been killed by Israel's strikes on the Gaza Strip -- most of them civilians. Four of the most recent deaths occurred Wednesday when a missile, apparently from an Israeli warship sitting off the coast, hit a group of people near a coastal road in Gaza.

CBS News' Holly Williams reports the four young boys, cousins aged 9 to 11, were playing on the beach. Some of them tried to run for cover, but didn't make it.

Israel says its offensive in Gaza targets terrorists, but the mother of two of the boys killed Wednesday cried at a hospital for God to "have vengeance on Israel."

Israel insists it had no intention of harming children and is investigating the incident on the beach. But the Israeli government blames all civilian deaths on the Palestinian militants, arguing they're responsible as they launch their rockets from within residential areas.