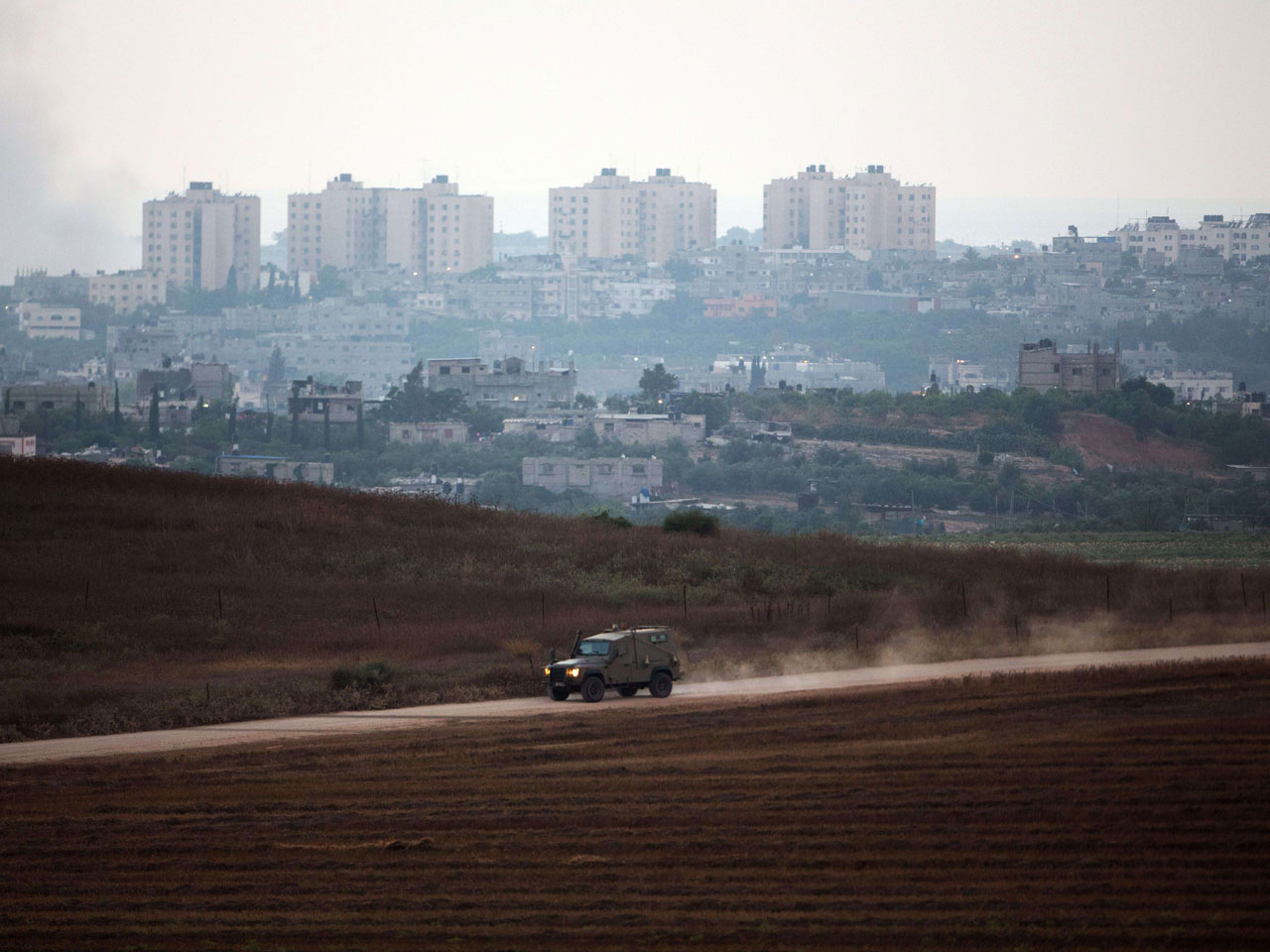 GAZA CITY, Gaza Strip - The Israeli military says it has agreed to a U.N.-brokered five-hour pause in its strikes on the Gaza Strip to allow Palestinians to restock supplies.

The military said in a statement Wednesday that it would hold its fire for five hours starting at 10:00 a.m. local time.

It warns however that it will retaliate "firmly and decisively" if Hamas or other militant groups launch attacks on Israel during that time.

Earlier Wednesday, Hamas formally rejected a cease-fire proposal that had been accepted by Israel to end the 9-day-old conflict that has left at least 213 Palestinians and one Israeli dead.

Israeli war planes and naval vessels had in response to the rejection intensified attacks across the Gaza Strip on Wednesday, targeting senior Hamas leaders and bombarding a coastal area, where four Palestinian boys were killed.

CBS News correspondent Holly Williams reports from Gaza City that more than 200 Palestinians have lost their lives in Israeli airstrikes, and officials in Gaza said most of them were civilians.

On Wednesday morning, families fled the Zeitoun neighborhood after the Israeli military warned it planned to bombard the area, Williams reports.

"We've all gone mad," a man told CBS News in Arabic. "For God's sake end this conflict. I don't know who's worse - the Jews or the Arabs."

Hamas fired dozens of rockets into Israel on Wednesday and vowed not to agree to a cease-fire until its demands are met, including the easing of border closures and the release of former Hamas prisoners released by Israel in a 2011 prisoner exchange and rearrested by Israel last month in the West Bank.

He called on Palestinian President Mahmoud Abbas, of the rival Fatah faction in the West Bank, to support Hamas' refusal of an Egyptian cease-fire deal.