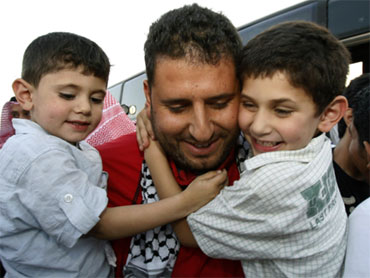 Israel on Wednesday quickened the pace of expelling detained activists from a Gaza-bound flotilla as the diplomatic fallout from its deadly raid on the ships widened.

All of the nearly 700 activists from the aid ships were at Ben Gurion airport in Tel Aviv, waiting to be deported, airport officials said. Attorney General Yehuda Weinstein said Israel decided not to prosecute any of them, writing in an order Wednesday that "keeping them here would do more damage to the country's vital interests than good."

Meanwhile, Turkey's parliament called on the government Wednesday to review all ties with Israel as the country prepared a huge welcome home for hundreds of Turks detained after the raid.

With relations with Turkey at a new low, Israel ordered families of its diplomats out of that country.

7 Things You May Not Know About the Raid
Washington Unplugged: Israeli U.S. Ambassador on Raid
Israel Raises Concerns Over Relationship with Turkey
Free Gaza Movement Vows Future Missions
Politicians from Both Parties Rally Behind Israel
Photos: Protests against Flotilla Raid

Israel has come under harsh international condemnation after its commandos stormed a six-ship aid flotilla Monday in international waters, setting off clashes that killed nine activists and wounded dozens. The activists were trying to break the three-year-old Israeli and Egyptian naval blockade of the Gaza Strip.

British Prime Minister David Cameron Wednesday called on Israel to lift the blockade of the Gaza Strip and said the deadly raid on the aid flotilla "completely unacceptable."

Cameron told lawmakers in the House of Commons that the blockade "just strengthens Hamas' grip on Gaza" and should be lifted.

Authorities say 42 British nationals were among hundreds of activists awaiting deportation after being detained by Israel.

Turkish and Greek protesters were to fly home on special planes sent by their respective governments, while others from the nearly 20 nationalities on the ships were traveling home on commercial flights. A big homecoming rally to celebrate the activists was being held later Wednesday in Istanbul's main square.

Several of the activists deported to Jordan early Wednesday told The Associated Press that they were deprived of food, water, sleep and access to toilets in Israeli detention.

"The Israelis roughed up and humiliated all of us - women, men and children," said Kuwaiti lawmaker Walid al-Tabtabai, who was on board one of the ships with other activists from Muslim countries.

"They were brutal and arrogant, but our message reached every corner of the world that the blockade on Gaza is unfair and should be lifted immediately," he added.

The lawmaker claimed there "was not a single weapon with the passengers aboard all the ships."

Video released by the Israeli military showed commandos attacked by angry activists with metal rods and firebombs during the raid. One soldier was thrown off one deck onto another below, and Israeli authorities said its troops were attacked by knives, clubs and live fire from the two pistols wrested from soldiers.

The commando raid has seriously strained ties between Israel and Turkey. Turkey withdrew its ambassador, scrapped war games with Israel and demanded a U.N. Security Council meeting on the clash as a result.

The Turkish Parliament in Ankara held a heated debate on whether to impose military and economic sanctions on Israel. But lawmakers from Prime Minister Recep Tayyip Erdogan's ruling Justice and Development Party objected to the measures, apparently trying to avoid aggravating the situation.

Still, in a statement approved by a show of hands, Turkish lawmakers said Israel must formally apologize for the raid, pay compensation to the victims and bring those responsible to justice.

"This attack was an open violation of United Nations rules and international law," Deputy Parliament Speaker Guldal Mumcu said, reading out the declaration.

"Turkey should seek justice against Israel through national and international legal authorities," the declaration said. "The parliament expects the Turkish government to revise the political, military and economic relations with Israel, and to take effective measures."

Erdogan, meanwhile, chaired a security meeting Wednesday of the country's top military commanders to discuss the Israeli raid as well as intensified Kurdish rebel attacks in the southeast.

"We have clearly stated that we would review our ties with Israel if all Turks not released by the end of the day," Davutoglu told a news conference. "No one has the right to try people who were kidnapped in international waters."

Davutoglu also called for an international commission to investigate the nine deaths in the Israeli commando raid and said two seriously injured Turks would remain in Israeli hospitals with a Turkish doctor.

Also Wednesday, Egypt eased its blockade of Gaza after the assault and at the newly opened crossing in the border town of Rafah, about 300 Palestinians entered through Gaza's main gateway to the outside world. A smaller number entered Gaza from Egypt and humanitarian aid also came in including blankets, tents and 13 power generators donated by Russia and Oman.

Gaza has been under an Israeli and Egyptian blockade since Hamas militants seized power in a violent takeover of the seaside strip in 2007. Egypt's opening of the border was believed to be temporary, although the government did not say how long it would last.

In Ankara, Turkey's interior minister, Besir Atalay, said Turkey had beefed up security to protect its Jewish minority as well as Israel's diplomatic missions. He said security provisions were intensified at 20 points in Istanbul alone. The city has several synagogues and Jewish centers that serve 23,000 people.

"Our Jewish citizens are not foreigners here. They make up an essential part of our community. We have lived together for centuries, and we will continue to do so," Davutoglu said.

In the past, there have been occasional attacks on Turkey's Jewish community. In 2003, al Qaeda-linked suicide bombers attacked the British consulate, a British bank and two Jewish synagogues in Istanbul, killing 58 people. In 1986, gunmen killed 22 people in an attack on Istanbul's Neve Shalom synagogue.

Most of Turkey's Jews are descendants of people expelled from Spain in 1492 for refusing to convert to Christianity, and were welcomed by Ottoman Sultan Beyazit. Other Jews found refuge in Turkey after fleeing Nazi persecution during World War II.

Kouchner urged Israel and the Palestinians to continue indirect peace talks, which are being brokered by the U.S. envoy to the region, so that the tensions that led to the raid can be diminished.

The French foreign minister called for an international investigation, and said "there should not be impunity."

•The United Nations Security Council demanded an impartial investigation in a unanimous statement Tuesday, but did not go as far as calling for an independent probe - leaving Israel free to conduct the review of its own actions.

• Foreign Ministry spokesman Yigal Palmor said Nicaragua has announced it is suspending - though not severing - diplomatic ties with Israel over the raid.

•U.S. Secretary of State Hillary Rodham Clinton supported a U.N. Security Council statement that condemned the "acts" that cost the lives of the pro-Palestinian activists off the Gaza coast. But U.S. officials did not say whether they blamed Israel or the activists for the bloodshed.

Turkey demanded that the United States condemn the botched Israeli raid. Turkish Foreign Minister Ahmet Davutoglu told reporters ahead of a meeting with Clinton that Turkey was disappointed with the Obama administration's response to the raid

While many Israelis were critical of the way the raid was executed, the overwhelming reaction backed the soldiers' response and supported the Gaza blockade. Israelis have little empathy for the plight of Palestinians in Gaza because militants used the territory to send thousands of rockets and mortars crashing into Israel for years.

Israel has promised to halt a new attempt by pro-Palestinian groups to sail two more ships to Gaza's shores within the next few days. One of the ships was in need of repair, and it was not clear whether the other, the Rachel Corrie, would proceed on its own, said activist Hedy Epstein.

The boat is named for a young American activist who was crushed to death by an Israeli military bulldozer in 2003 while protesting Israeli house demolitions in Gaza.