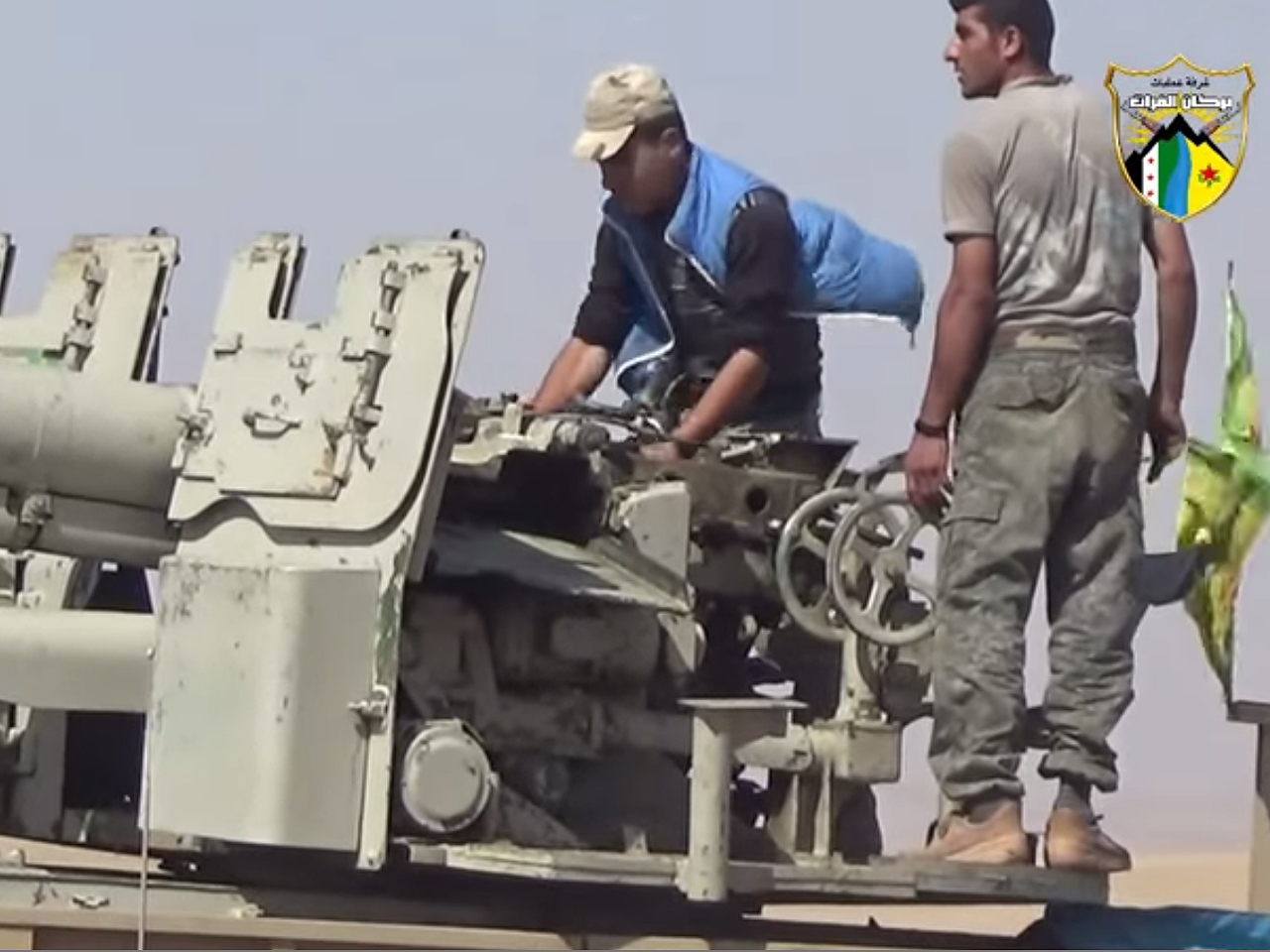 BEIRUT -- A spokesman for Syria's main Kurdish militia says his group's fighters have retaken a neighborhood attacked by Islamic State of Iraq and Syria (ISIS) extremists in a key northern town.

Redur Khalil of the People's Protection Units, or YPG, said Wednesday that Kurdish fighters were once again in full control the border town of Tal Abyad, after capturing the northeastern neighborhood of Mashhour.

ISIS on Tuesday launched a surprise attack on Tal Abyad, which was recently seized by the YPG, and captured the Mashhour district.

Khalil said ISIS fighters were evicted from the neighborhood, adding that three extremists were killed and a fourth blew himself up.

Kurdish fighters captured Tal Abyad two weeks ago, denying ISIS a crucial nearby border crossing the militants used to bring in supplies and foreign fighters on their way to the Raqqa, the Sunni extremist group's de-facto capital deeper in Syria.

Similar to the incursion Tuesday into Tal Abyad, ISIS launched a surprise raid on Kobani -- another key border town which the militants spent months futilely trying to take over -- at the end of June.

While they managed to seize some government buildings and dozens were killed over the course of several days of fighting, the ISIS fighters failed to gain any new territory and were expelled from the city.

The trend, at least in northern Syria in recent weeks, has been ISIS losing ground and lashing out with violent attacks on places like Tal Abyad and Kobani.

The recent incursions seem aimed more at providing the Sunni extremists with new propaganda material -- recruiting videos and the ability to tell their supporters they're still in the fight -- than any real hopes 0f expanding their self-declared Islamic "caliphate" or homeland.

A large contributor to ISIS' losses in the region has been the barrage of U.S.-backed coalition airstrikes in northern Syria.

While the Obama administration has been happy to wield that power in aid of the Kurdish forces battling ISIS there, American air power has not been used further south in Syria or in other areas where attacking the militants would be a more complicated proposition, as it could inadvertently help the regime of Syrian President Bashar Assad.