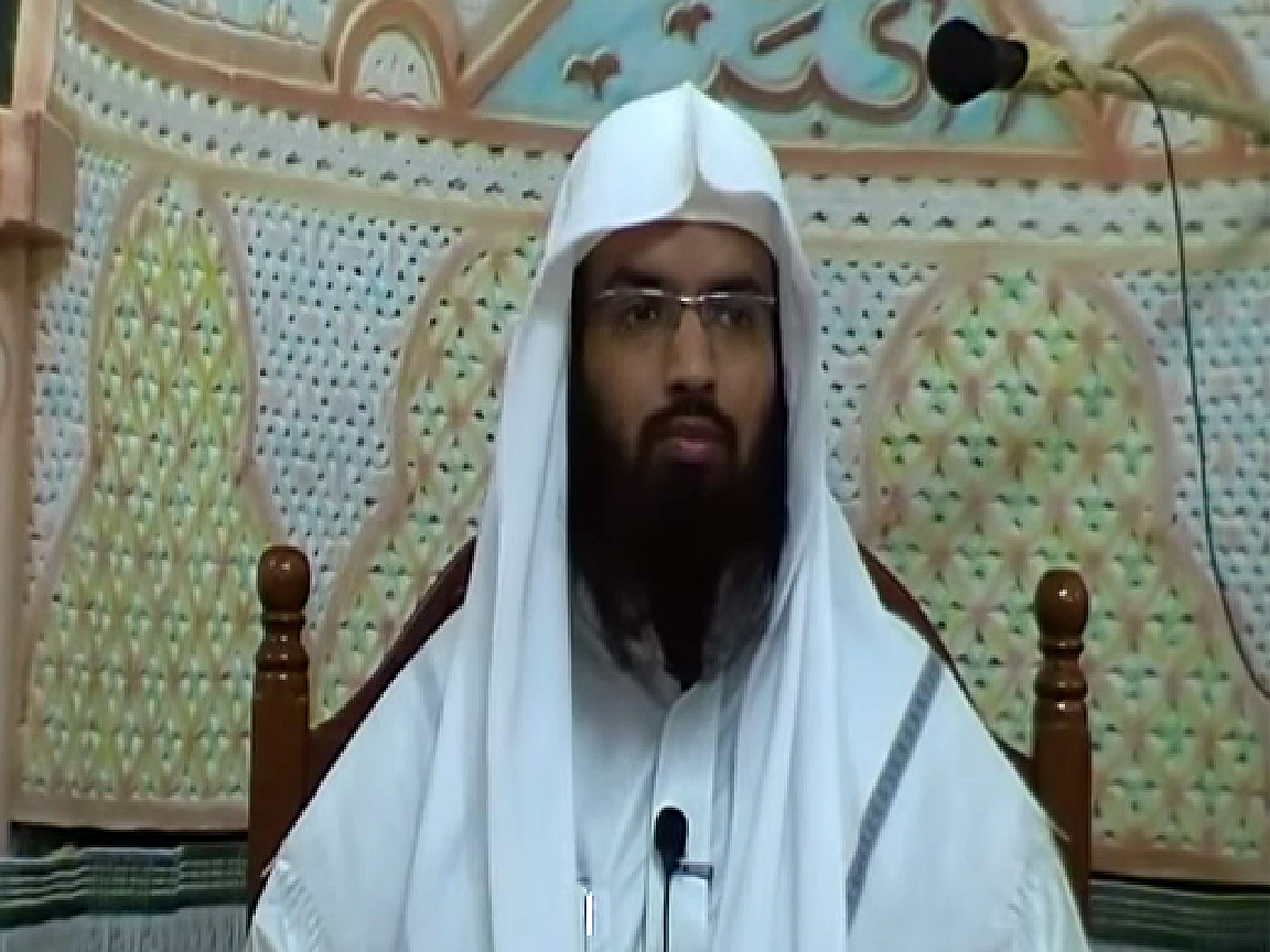 BEIRUT-- Turki al-Binali has crisscrossed the Islamic State of Iraq and Syria (ISIS)' self-declared caliphate with a pistol holstered at his side, delivering fiery sermons in which the 30-year-old provides religious justification for its bloody rampage across the region.

The young Bahraini preacher, who has emerged as one of the extremists' leading ideologues, promotes a version of Islam that has been rejected, not only by mainstream religious authorities, but even by veteran jihadi clerics now increasingly out of touch with the new generation of radicals.

Al-Binali, who sports long hair and a dark beard, is not the most senior cleric in the group - that title belongs to a secretive Iraqi named Abdullah Abdul-Samad - but he is perhaps the most visible, said Hisham al-Hashimi, an Iraq-based researcher who closely follows jihadi groups.

"He is a very important part of the religious council of Daesh," al-Hashimi said, using an alternate Arabic acronym for the group. "He is like the fence that defends the ideology of Daesh from penetration." Al-Binali also wrote the official biography of the group's leader, Abu Bakr al-Baghdadi.

The young preacher has given lectures and engaged online with critics and supporters. His edicts and statements are printed and distributed in areas under the group's control, said an Islamic State group fighter in Syria, who spoke to The Associated Press on condition of anonymity because he is not a spokesman for the group.

Al-Binali hails from a prominent Bahraini family and rose to become a well-known figure in the tiny Gulf nation's ultra-conservative Salafi movement. He studied for a time at Dubai's Islamic and Arabic Studies College but was deported because of his ideology, according to a biography written by Austrian jihadi Mohammed Mahmoud. He continued his studies at Islamic universities in Bahrain and Beirut before traveling to Syria last year and joining the Islamic State group, according to jihadi websites.

In a photo posted on jihadi websites, he's shown in a mosque in the northern Iraqi city of Mosul in July, wearing a white gown and turban with a pistol holstered under his arm, preaching to dozens of worshippers and jihadi fighters.

In its march across the region, ISIS has massacred hundreds of captives, mainly Syrian and Iraqi soldiers, sometimes displaying their heads in public squares. Its clerics have justified such acts by citing a verse from the Quran that reads: "So, when you meet (to wage jihad in God's cause) those who disbelieve, smite at their necks until you have killed and wounded many of them, then bind a bond firmly."

The extremist group also has beheaded two American journalists, two British aid workers and an American aid worker. It presented the killings as a response to U.S.-led airstrikes and said it was justified in beheading the five captives because they had entered territory controlled by the extremists without an agreement of protection. A German journalist received such protection and was allowed to report on the group late last year before returning unharmed.

Al-Binali himself has provided religious justification for the enslavement of hundreds of women from Iraq's Yazidi minority.

Writing in an online forum, he said: "There is no doubt that enslaving women of infidel warriors" is permitted. He pointed to a religious opinion by a 13th century cleric who said that in wartime, "it is not permitted to kill women and children but they become slaves to Muslims."

Leading Islamic authorities have condemned the Islamic State group's atrocities and rejected its self-styled caliphate as illegitimate because it was declared unilaterally without the consensus of established clerics. But such criticism matters little to the militants, who view mainstream religious authorities as tools of the region's autocratic states.

More problematic is pushback from veteran jihadis, including some closely affiliated with al Qaeda. The Islamic State group broke away from the global network founded by the late Osama bin Laden in 2013 over a bitter ideological rift, and has battled al Qaeda's affiliate in Syria.

Abu Muhammad al-Maqdisi, a Jordanian cleric who once mentored Abu Musab al-Zarqawi, the slain head of al-Qaida in Iraq, has condemned the Islamic State group's brutality. Abu Qatada, another radical Jordanian preacher deported from Britain, described its members as "criminals." And Al-Qaida's powerful Yemeni affiliate has explicitly rejected the beheading of captives.

But when it comes to recruiting a new generation of radicals, the Islamic State of Iraq and Syria has been buoyed by its sleek online media operations and its battlefield successes.

"There is certainly an issue of generational divide here: that (the Islamic State) is attracting the younger 'intellectuals' and fighters," said Aymenn al-Tamimi, an expert on Syrian and Iraqi militants.

Al-Binali has struck back at his mainstream critics, disputing the widespread comparison of the Islamic State to the Khawarej, an early Islamic movement that later generations of scholars considered so extreme as to have left the faith entirely.

But as recently as November he warned the leadership of his own movement that it faces "slow collapse" unless it can get well-known extremist clerics on board, according to an anonymous Twitter account called "wikibaghdady" that frequently publishes inside information about the group.

There is no independent confirmation of the "wikibaghdady" reports, but Radwan Mortada, an expert on jihadi groups who writes for Lebanon's Al-Akhbar daily newspaper, said he believes the reports are largely accurate.

After al-Binali's appeal, the leadership gave him the green light to approach clerics from Jordan, Saudi Arabia, Morocco, Yemen and elsewhere to try to win them over and convince them to come settle in Islamic State group-controlled areas, according to the Twitter account.

The unnamed clerics rejected the offer, it said.