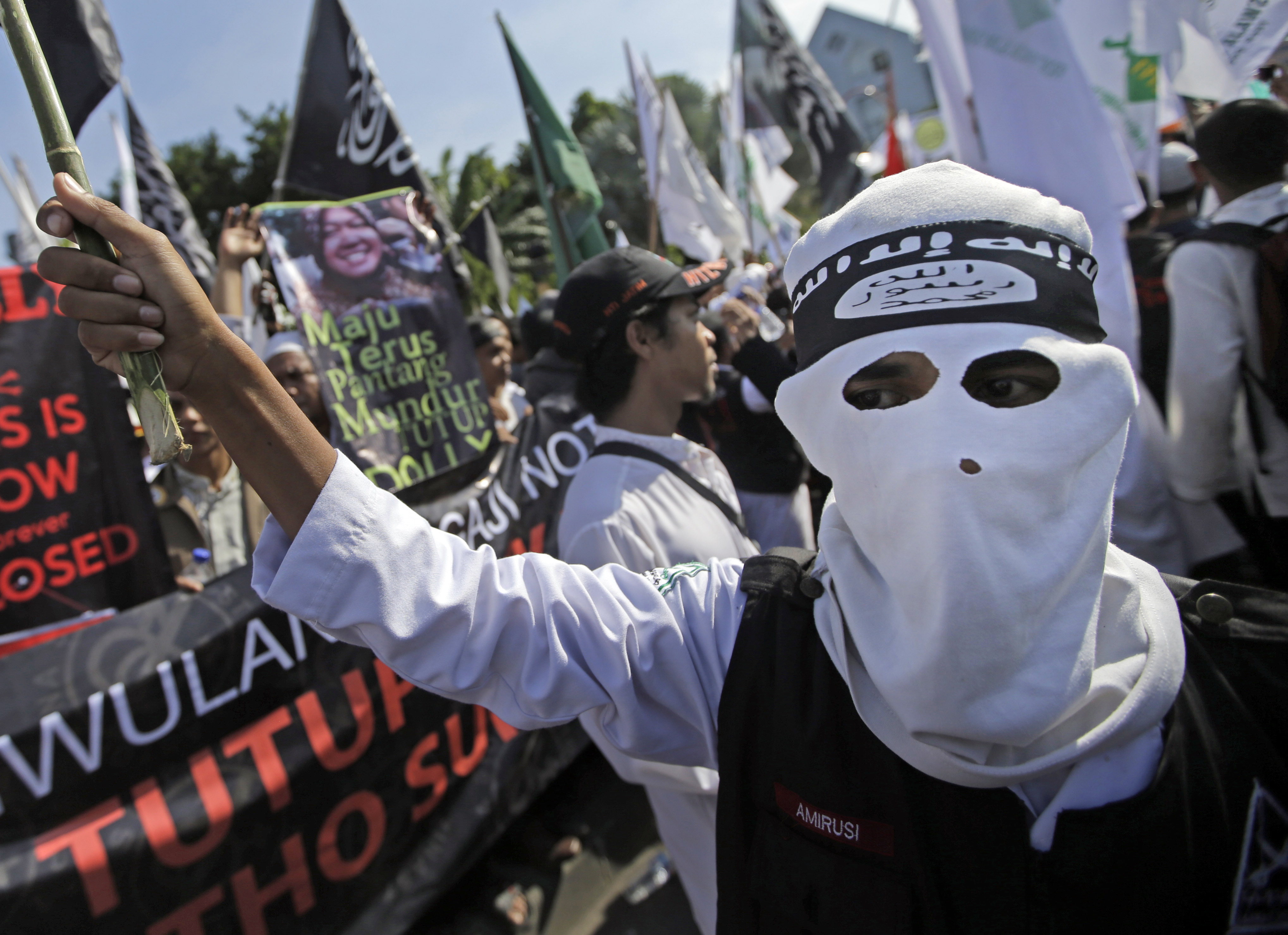 CIANJUR, Indonesia -- A businessman who proclaims himself leader of the Indonesian chapter of the Islamic State of Iraq and Syria (ISIS) group says he has personally overseen the departure of scores of fighters from this Southeast Asian nation to Syria and Iraq. Police detained him for a night recently, but were unable to charge him with a crime.

Chep Hernawan reflects both the success ISIS has had in attracting support in the region, and the challenges Indonesia faces in responding.

The government, home to most of the up to 200 Southeast Asians believed to be fighting in Syria and Iraq, has forcefully spoken out against ISIS, as have mainstream Muslim organizations in the country. But translating that into stronger legal tools that could stop suspected militants from traveling abroad, for example, will be a challenge given the fractious nature of the next parliament and other legislative priorities, according to a recent report into the evolution of ISIS by the Institute of Policy Analysis for Conflict.

"If they have no record of terrorism activities then they can't be charged under our criminal law," he said.

For the first time since the 1990s and the Afghan jihad, Indonesians, Malaysians and other extremists in Southeast Asia are traveling abroad in an organized fashion to join a global militant movement, picking up battlefield skills and militant contacts.

Security officials fear they could take part in terrorism on their return to Southeast Asia, as those trained in Afghanistan did in attacks such as the 2002 Bali bombings, which killed 202 people. Radicals at home also could heed ISIS's exhortations to carry out revenge attacks on Western targets.

In response to the threat posed by foreign fighters, the United Nations Security Council last month adopted a resolution demanding member states prevent the recruitment and travel of people to join militant groups like ISIS, which is also known as ISIL, and which calls itself simply the "Islamic State."

Hernawan's brush with the law has not stopped him from campaigning on behalf of the group or defending its actions, including the beheading of journalists and opposition forces.

"I'm convinced that these are religious acts based on Islamic teachings (permitting acts) that strike fear in the hearts of enemies of Islam," he told The Associated Press recently in an interview in his plush home.

Hernawan, 63, a longtime public supporter of radical Islam, said he was appointed the head of ISIS in Indonesia at a meeting of radicals on March 16. While he is a well-known for speaking on ISIS' behalf in the country, two experts on militancy in Indonesia said it was unclear or even unlikely whether he had any structural links to the group's leadership in Syria.

Like some other radicals in Indonesia, he says violent jihad within Indonesia is not justified because the country doesn't meet the conditions required under Islamic law. Not so elsewhere.

"In countries where there are wars such as Iraq, Syria and Palestine, you either kill or get killed," Hernawan said.

Earlier this year he addressed a gathering of ISIS supporters in the heart of the Indonesian capital, Jakarta.

On the stage with him was a man called Bahrumsyah, who in July later appeared in an ISIS propaganda video with other Indonesians in Syria.

ISIS has quickly achieved popularity among a section of extremists in Southeast Asia because it has a territory that welcomes those willing to fight, a slick social media campaign and a reputation for battlefield success.

The danger posed to Indonesia from ISIS was brought into focus last month when police arrested four ethnic Uighurs they allege were being taken to meet the country's most wanted militant to discuss recruitment for ISIS. The militant, Abu Wardah Santoso, has taken responsibility for the killings of several Indonesian police officers and has pledged allegiance to ISIS.

In Malaysia, authorities have revoked the passports of 30 suspected militants who had previously been arrested under the country's new defunct national security act, said Ayob Khan Mydin Pitchay.

In late September, police detained three suspected jihadists at Kuala Lumpur International Airport as they were about to board a flight to Turkey. Ayob Khan said at least 22 Malaysians were known to have left for the war in Syria.

Sri Yunanto, an expert on militancy at Indonesia's anti-terrorism agency, said many jihadi groups within Indonesia are trying to use the war in Syria to create a pool of combat-trained and indoctrinated recruits.

"Their goal is to send young people to Syria to provide them with expertise and experience," Yunanto said. "When the time comes for terrorism, they will have skilled operatives."

At least four Indonesians are known to have been killed in Syria and Iraq. The first was Wildan Mukhollad, who blew himself up in a restaurant in Baghdad earlier this year. He grew up in the same village as two notorious militants convicted and later executed for their role in the Bali bombings, and attended a school founded by them.

Ali Fauzi, his teacher at Al Islam boarding school, remembers Mukhollad watching the funerals of the two militants in the village.

"He was a good boy, a smart boy," Fauzi said. "I knew that it was his dream, he had reached what he dreamed of as a kid: to be martyred and go to heaven."