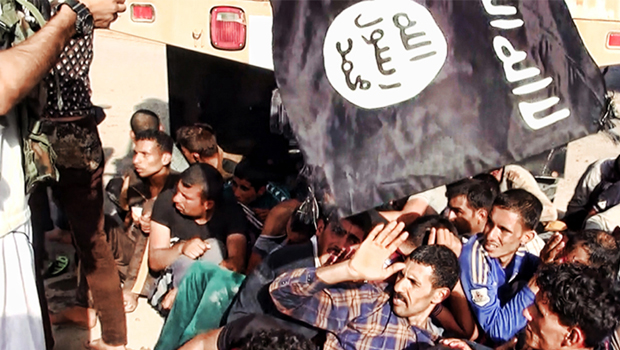 The Islamic State of Iraq and Syria's on-the-ground offensive in northern Iraq this month has been aided, analysts say, by an unprecedented social media blitz.

Jihadi groups using Twitter and other social platforms is nothing new. During its 2013 attack on Kenya's Westgate mall, the Somali militant group al-Shabab mixed tweets with gunshots. Observers have long warned about the growth of social media as powerful recruitment tools for terrorists.

What makes the ISIS social campaign stand out, analysts say, is its scale and sophistication.

"I think it was obvious very early on that they launched their offensive with a social media campaign well planned in advance. This wasn't an afterthought. This wasn't something that they made up as they went along," said John Little, who monitors national security, conflicts and technology at Blogs of War.

The coordinated campaign has featured what appears to be disciplined, from-the-top-down message control designed to simulate organic grass-roots activity. Complete with an app and highly orchestrated hashtag pushes, the group's social media strategy mirrors that of a marketing company building buzz around a new product.

"Big corporations wish they were as good at this as ISIS is," said J.M. Berger, an author and analyst who specializes in social media and extremism, and has been closely monitoring the al Qaeda splinter group's online activity.

ISIS has developed a Twitter app for Android phones called The Dawn of Glad Tidings, Berger said. It offers users news and information about ISIS. When users sign up, they give ISIS permission to send tweets through their own personal accounts.

"Your account functions normally most of the time, but it will periodically broadcast tweets from ISIS that are also sent around at the same time to hundreds or even thousands of other accounts," Berger told CBS News. He said the app helps ISIS get pre-approved hashtags trending on Twitter in certain areas, which then amplifies its message.

"It's one of many tools that ISIS uses to manipulate the perception on social media that their content is bigger and more popular than it might actually be if you were looking at just their organic supporters."

Berger reports that ISIS posted almost 40,000 tweets in one day last week as it took Mosul, Iraq's second largest city. Its messages are then parroted by Internet users unaffiliated with the group and far away from the fight, sometimes called "E-hadis" or "Jihobbyists."

"They have at least hundreds and probably more like thousands of fighters who are on social media, and then in addition to that they have many thousands of people who are casually or intensely interested in them as supporters online," Berger said.

The social offensive -- with its gruesome photos purportedly showing mass executions of Iraqi soldiers -- serves to boost recruitment, aid ISIS fundraising, bolster its credibility in its competition with al Qaeda for leadership of the global jihadi movement, and Little said, "strike fear into the hearts of their enemies."

Along these lines, Berger cited the example of the group's use of its app Sunday night to blast out an image of a jihadi looking at the ISIS flag flying over Baghdad. The push was so effective, Berger said, that the image temporarily appeared as a top result on Twitter when users searched the Arabic word for Baghdad.

"So if you're in Baghdad, trying to figure out what's going on with this conflict, and you put in a search and what comes up is a picture of an ISIS jihadi with the caption 'We are coming,' I would say that that probably has some intimidation effect," Berger said.

The graphic images disseminated by ISIS on social media are also an attempt to inflame sectarian violence between Sunni and Shiite Muslims, analysts believe. The Sunni extremist group has used social platforms to publicize what it claims to be mass executions of mostly Shiite government and militia soldiers it has captured.

"They're an organization that does not shy away from extreme brutality and violence and they're quite proud of it. It's a tactic for them and social media is a way for them to broadcast that," said Little. "It's a multiplier just like a conventional terrorist attack being broadcast on global media is a multiplier."

The validity of some of the group's photos and claims is still in question but, analysts say, even the spread of false reports serves a purpose for ISIS.

"Either way they're broadening their reach," said Little. "They're not looking for accuracy, they're looking for intimidation and reach."

Analysts are bearish on effective tactics to combat the group's social media assault.

"At this stage, with the addicted usage of Twitter by the jihadists, I'm not sure how it can be stopped," said Rita Katz, the director of the SITE Intelligence Group, a private terrorism monitoring service. Katz and her group, along with other terrorism watchers, have long voiced concerns about the rise of extremism on social networks. Katz says that activity reached new heights during the Syrian conflict.

"For the last three years we have been warning that social media is becoming a hydra, an uncontrollable source for jihad, due to its easy use, rapid updates with easy connection and unlimited viewers," Katz told CBS News. "Each fighter with a Twitter account is his own media organization."

Twitter shut down multiple accounts affiliated with ISIS last week. The company would not comment on ISIS, but pointed to its rules regarding violence, threats and unlawful use, which state: "You may not publish or post direct, specific threats of violence against others. You may not use our service for any unlawful purposes or in furtherance of illegal activities. International users agree to comply with all local laws regarding online conduct and acceptable content."

According to reports, the Iraqi government also appears to have blocked access in the country to Twitter, Facebook and other social media. ISIS has means to circumvent these restrictions, analysts say, including getting out its message through operatives stationed in areas outside the government's control, where they can still get online.

While analysts agree that information warfare in the social media space is here to stay, they warn against overstating its effectiveness as an actual combat tool.