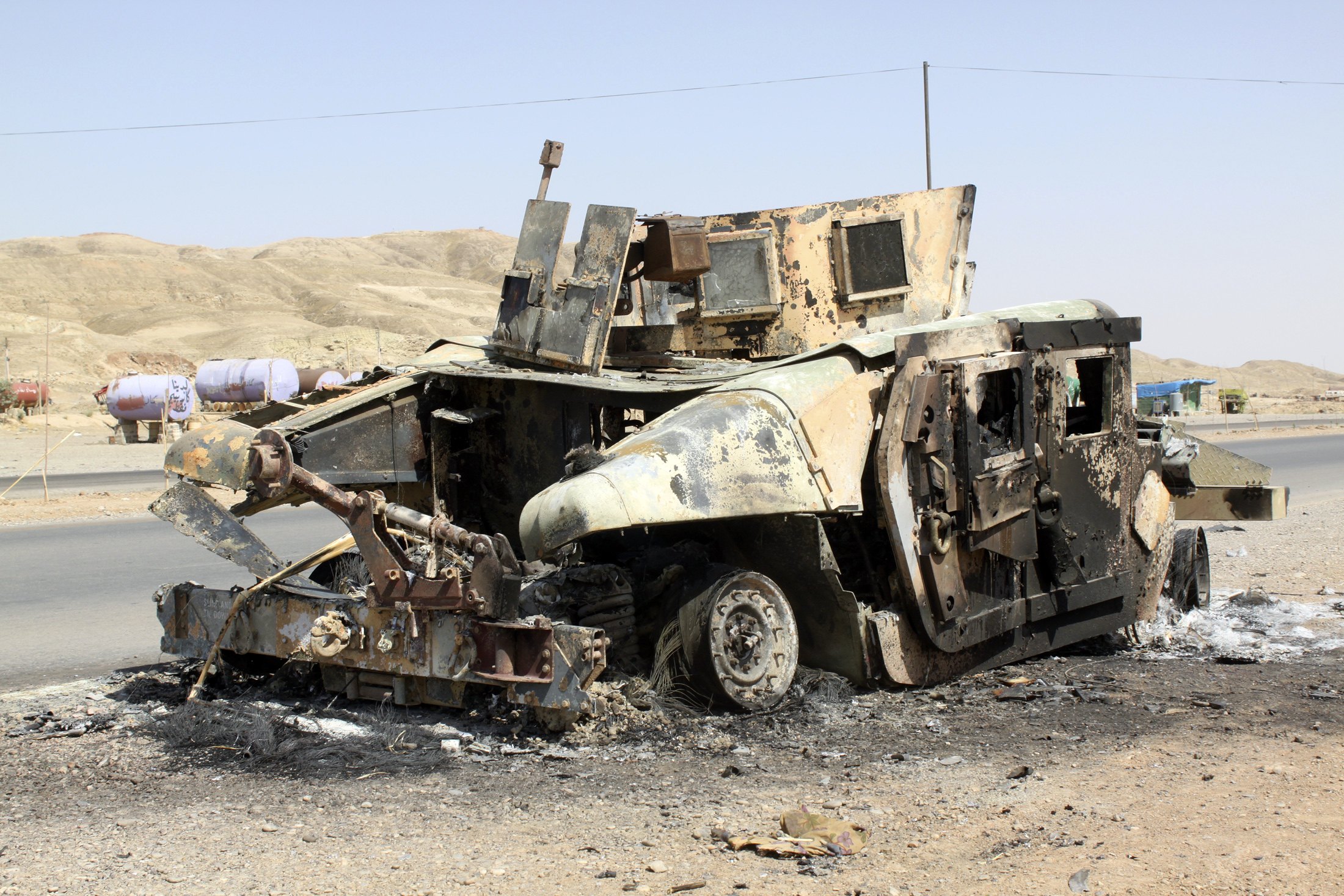 While President Obama has explicitly ruled out putting U.S. troops into direct combat in Iraq, the plan under consideration suggests he would be willing to send Americans into a collapsing security situation for training and other purposes.

Three U.S. officials familiar with ongoing discussions said the potential of sending special forces to Iraq is high on a list of military options that are being considered.

CBS News national security correspondent David Martin reports that the special forces would act as trainers, but would not go into the field with Iraqi troops. It would be a small re-start to the training that ended when American troops left the country at the end of 2011.

Mr. Obama also notified Congress Monday afternoon that up to 275 U.S. military personnel have been deployed to Iraq to provide support and security to Americans and the U.S. Embassy in Baghdad.

"These U.S. military personnel are entering Iraq with the consent of the Government of Iraq. The U.S. Embassy in Baghdad remains open, and a substantial majority of the U.S. Embassy presence in Iraq will remain in place and the embassy will be fully equipped to carry out its national security mission," White House Press Secretary Jay Carney said in a statement.

It's not clear how quickly the special forces could arrive in Iraq. It's also unknown whether they would remain in Baghdad or be sent to the nation's north, where the al-Qaida-inspired Islamic State of Iraq and the Levant has overrun several cities in the worst threat to the Shiite-led government since U.S. troops left in 2011.

White House spokeswoman Caitlin Hayden said no combat troops would be sent to Iraq, but that the U.S. is looking at other options.

"The president was very clear that we will not be sending U.S. troops back into combat in Iraq," Hayden said in a statement. "That remains the case and he has asked his national security team to prepare a range of other options that could help support Iraqi security forces."

She said the U.S. has been increasing its security assistance to Baghdad over the last year, including training missions inside Iraq. One of the largest training missions was based at the air base in the city of Balad, about an hour northwest of Baghdad, where three planeloads of Americans were evacuated last week. They included 12 U.S. government officials and military personnel who have been training Iraqi forces to use fighter jets and surveillance drones.

The mission almost certainly would be small: one U.S. official said it could be up to 100 special forces soldiers. It also could be authorized only as an advising and training mission - meaning the soldiers would work closely with Iraqi forces that are fighting the insurgency but not officially be considered as combat troops.

The troops would fall under the authority of the U.S. ambassador and would not be authorized to engage in combat, another U.S. official said. Their mission is "non-operational training" of both regular and counter terrorism units, which the military has interpreted to mean training on military bases, not in the field, the official said.

The three U.S. officials all spoke on condition of anonymity because they were not authorized to publicly discuss the plans by name.

An Iraqi official did not deny the possibility of U.S. special forces returning to Iraq, but would only confirm that all options are being considered. The Iraqi official spoke on condition of anonymity to discuss the sensitive diplomatic issue more candidly.

Already, about 100 Marines and Army soldiers have been sent to Baghdad to help with embassy security, according to a U.S. official.

Obama made the end of the war in Iraq one of his signature campaign issues, and has touted the U.S. military withdrawal in December 2011 as one of his top foreign policy successes. Over the last week, as the ramped-up insurgency has captured large swaths of territory collaring Baghdad, Obama has been caught between Iraqi officials pleading for help and his anti-war political base which is demanding that the U.S. stay out of the fight.

The White House also is considering launching air strikes and increased surveillance over insurgent bastions to thwart ISIL's march toward Baghdad after capturing the Sunni-dominated cities of Fallujah, Mosul and Tikrit. The insurgency also has overrun smaller towns between Baghdad and the Syrian border, including on Monday the northwest city of Tal Afar.