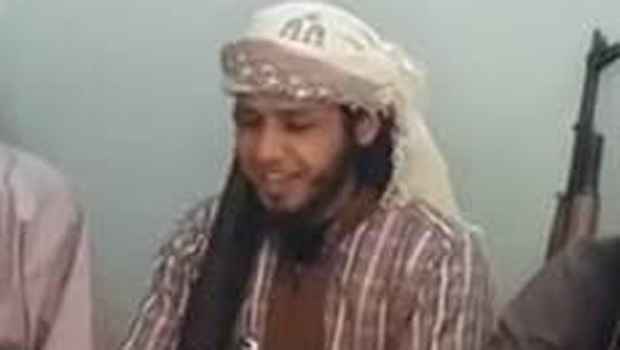 Supporters of the Islamic State of Iraq and Syria (ISIS) confirmed on Twitter that the extremist group's chief singer and songwriter has been killed in airstrikes in eastern Syria, CBS News' Khaled Wassef reports.

The activists said Maher Meshaal, also known as Abu Hajar al-Hadrami, a Saudi National, was killed Saturday in airstrikes south of the city of Al Hasaka.

Meshaal is the author of jihadi hymns such as "Saleel al-Sawarem" and "Halomoo Halomoo O' lions of war," which are regularly played as background music in combat and execution videos released by ISIS.

According to Mother Jones, "Saleel al-Sawarem" celebrates martyrdom and holy war, with lyrics such as: "The banner has called us, to brighten the path of destiny, to wage war on the enemy, whosoever among us dies, in sacrifice for defense, will enjoy eternity in paradise."

Reuters reported that U.S.-led forces conducted 16 air strikes targeting ISIS positions in Syria on Saturday. The bomb and drone attacks were conducted near Al Hasakah, Ar Raqqah, Aleppo and Kobani, according to a statement from the U.S. military.