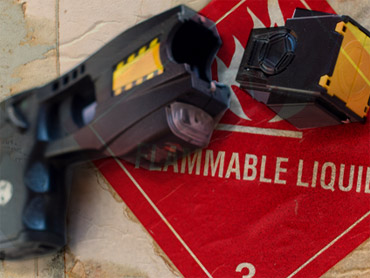 Recent graduates of the nation's nursing schools are leaving the profession more quickly than their predecessors, with male nurses bolting at almost twice the rate of their female counterparts, according to a new study.

About 7.5 percent of new male nurses left the profession within four years of graduating from nursing school, compared to 4.1 percent of new female nurses, according to the study by a University of Pennsylvania researcher. It was reported Thursday in the journal Health Affairs.

"In general, nurses are looked down upon, especially by physicians," said Jerome Koss, a nurse since 1978 and an administrator for Fox Chase Cancer Center in Philadelphia. "It's changing but it's still an issue — and I think men are much less tolerant than women of that kind of treatment."

The research, which looked at data in a national survey of registered nurses conducted by the U.S. Department of Health and Human Services in 1992, 1996 and 2000, is the latest to highlight the nationwide nursing shortage.

Tom Foster, a nurse for eight years, said low pay is a big issue for men and women alike, and he questioned whether some men may discover after graduation that they have problems working in a female-dominated field.

"Many men are interested in the technical aspect of nursing and they use nursing as a stepping stone" to more advanced and better-paying jobs in critical care or as nurse anesthetists, said Foster, who also works at Fox Chase.

Though men only make up about 5 percent of the nursing work force nationwide, their departure rates are still a cause for concern, said Bill Cruice, director of the Pennsylvania Association of Staff Nurses and Allied Professionals.

"For men or women, the problem will not be solved until you deal with staffing levels, mandatory overtime, lack of respect and recognition and lack of a decent pension," he said.

Government and medical groups have said that if current trends continue, the nation will face a shortage of half a million nurses by 2020. The nation's nursing corps is aging, nursing school enrollments have been dropping and nearly 2.7 million nurses in the United States aren't actively practicing, according to a government report released earlier this year.

"If new RNs are leaving the profession after only a few years, the shortage is likely to reach crisis proportions sooner rather than later," said Julie Sochalski, associate professor at Penn's School of Nursing and author of the study.

"Men, I think, want more autonomy in their careers ... they want to be making decisions about their own practice," Koss said. "The profession is changing and there's more room for that than there used to be. Maybe the problem is that the word's not getting out."

The report did not attempt to address why more new nurses, and specifically new male nurses, are leaving. But Sochalski said it shows the importance of looking for the reasons.

Pfizer: Vaccine targeting Omicron will be ready in March