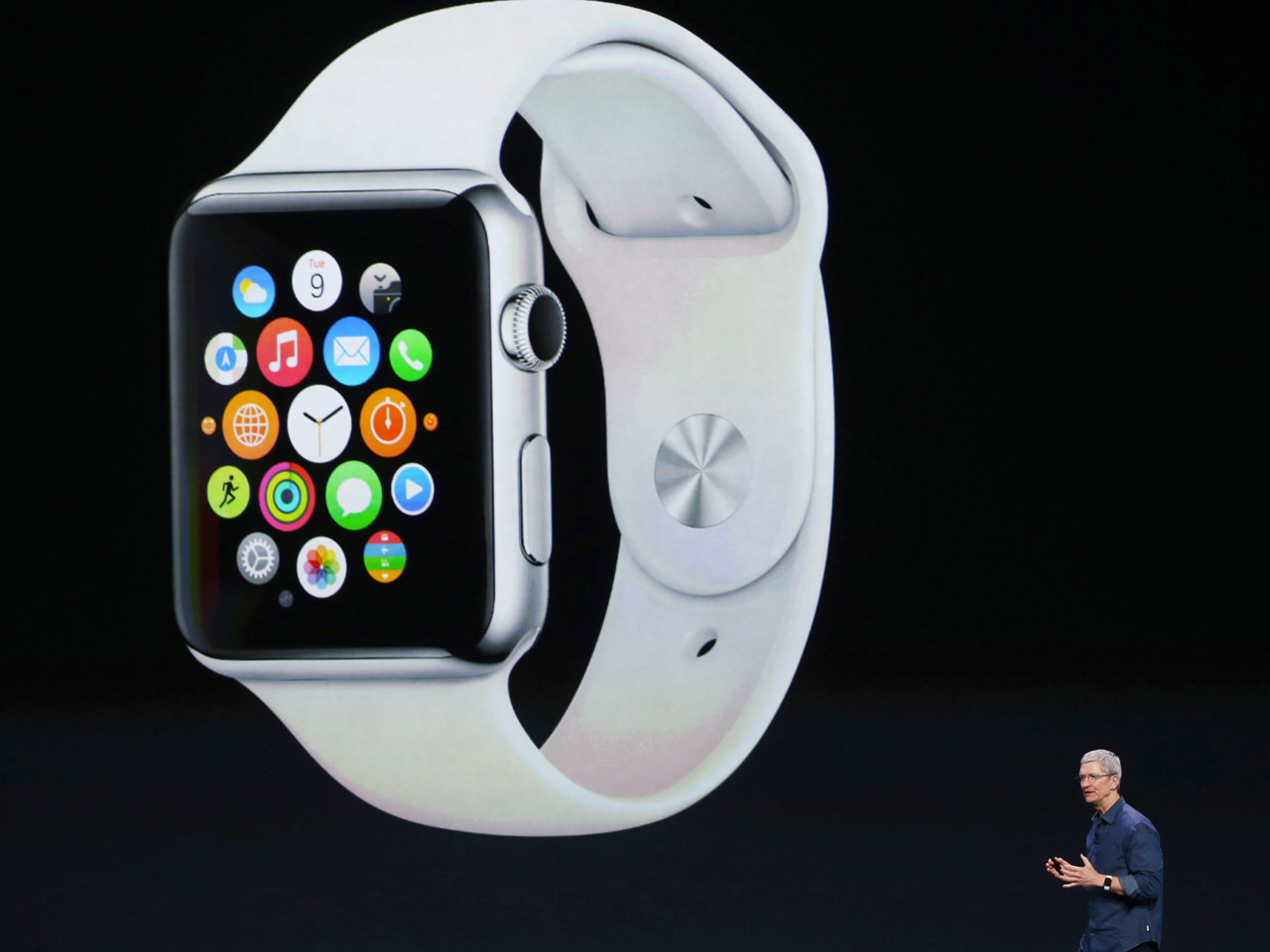 Arguably, Apple's (AAPL) greatest strength isn't its ability to make powerful, easy to use, stylish products; rather, it's the company's timing. Desktop computers, digital music players, smartphones, computer tablets -- Apple has shown a knack for introducing gadgets just as demand for them is starting to take off, counting on its design prowess to vault over existing products.

So is Apple showing the same precision timing in rolling out its new Apple Watch? A team of analysts from Citi Research think so. In a new report, they say consumer demand for smartwatches is set to "soar," forecasting that the market for the devices will grow more than five-fold over the next four years, from a little under $2 billion in 2014 to $10 billion in 2018.

The investment firm expects both tech early adopters and traditional watch wearers to eventually strap on a smartwatch. At the same time, Citi says that most people are in "wait and see" mode when it comes to smartwatches. A nationwide survey conducted by the firm showed that the most important features for consumers in deciding whether to buy a smartwatch are -- in descending order of importance -- price, display visibility, battery life, interaction with other devices and the presence of a camera.

"Demand is likely off to a solid start as 8.2 percent of participants want to buy in the next 12 months; we expect demand to grow with more product intros," the Citi analysts wrote. "Based on price, 29 percent of respondents would spend $100-299 for a Smartwatch in the next 12 months and 31 percent are unlikely to buy one regardless of price. Interestingly, 80 percent of respondents said they'd be more likely to buy a Smartwatch if it looked like a traditional watch."

As with iPhones and iPads, of course, the Apple Watch's utility for users will depend largely on its apps. And while Apple executives are touting the company's HealthKit platform, which will let consumers use an Apple Watch to link their health and fitness software, Citi isn't convinced this tool represents a "killer app." The investment firm thinks that most people are still more likely to buy a dedicated device, such as a fitness tracker, rather than spring for a smartwatch.

A bigger challenge for Apple is that Android-based phones, not the iPhone, dominate the mobile market these days. Since smartwatches need a nearby phone for much of their functionality, that means Android could initially take the lead in smartwatches. Apple's edge is the enormous brand loyalty it enjoys from customers, and most early reviews of the Apple Watch have been positive.

Meanwhile, consumers are ready not only for smartwatches, but for a range of other wearable devices, according to Citi. That includes everything from jewelry and handbags to shoes.

"Citi expects an evolution from fitness bands to smartwatches, then to other smartwear-like accessories, apparel and footwear," the analysts wrote. "We see the evolution occurring as new applications are introduced, with improved operating systems and with greater market participant focus, and [it] will be based on a resolution of present hurdles."