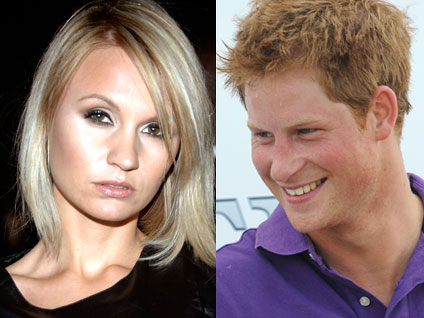 NEW YORK (CBS) Now that Prince Harry's on-again, off-again romance with Chelsie Davy is supposedly off for good, the British royal has reportedly been linked to a rock star.

That rock star would be Norwegian singer Camilla Romestrand, who fronts the UK-based band Eddie The Gun.

Romestrand reportedly told friends she had stayed overnight at the royal residence Clarence House, and that Harry served her breakfast in bed.

"She's confided to a few people about her friendship with Harry. She talks about staying overnight at 'the Palace.' She says he was a 'total gentleman' but doesn't divulge much else," a source told Britain's News of the World.

"She doesn't want to talk openly about Harry because she's worried it will overshadow her music," the source added.

As for why Davy, 25, and Harry, 26, split, Hello! magazine suggests that the pressure of maintaining a long-distance relationship was a factor in the breakup.

"Nobody dumped anyone. It was a mutual decision as they were living so far apart. It is as straightforward as that," a source told the magazine. ""They are still talking regularly and remain best friends."