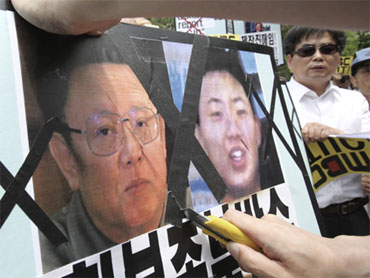 Secretive North Korea said Saturday it will choose new ruling party leaders later this year - a surprise announcement that is intensifying speculation the regime is setting the stage for supreme ruler Kim Jong Il's youngest son to eventually succeed him.

The question of who will take over from the 68-year-old Kim, believed to suffer from a host of ailments, is important because the leader - as presumably his successor would - holds absolute power in the impoverished country, which has active nuclear and missile programs and regularly threatens to destroy rival South Korea.

Many fear political instability or even a power struggle if Kim, who rules North Korea through his position as chairman of the powerful National Defense Commission, were to die or become incapacitated without clearly naming a successor. Kim is also supreme commander of the Korean People's Army as well as general secretary of the Workers' Party.

Kim himself was publicly groomed for years to succeed his father - North Korea's founder Kim Il Sung, who ruled the country for nearly 50 years and led it through the 1950-53 Korean War. He died in 1994.

The North may not have the luxury of such a long transition this time. Kim is believed to have suffered a stroke in 2008 and there have been reports his memory is slipping. In addition, after years of relatively good relations with Seoul, ties have become strained again, exacerbated most recently by the sinking of a South Korean navy ship blamed on Pyongyang. The North has denied the allegation.

The North is also grappling with economic woes that have worsened after a botched currency reform last year, and finds itself increasingly isolated in a standoff with the international community over its nuclear program.

Kim Jong Il has yet to send a clear signal to the outside world whom among his three sons he favors. Many analysts believe, however, that he has already tapped Kim Jong Un, the youngest, to assume the reins.

So Saturday's announcement that the Workers' Party of Korea would convene its first conference since 1966 to elect a new ruling body has increased speculation leaders may be laying the groundwork for such a succession.

The official Korean Central News Agency did not say what posts would be up for grabs, but the party's top bodies include a central committee, a politburo and a secretariat. Top positions in the party are handed out to members of Kim's inner circle, but the inner workings of the organization are murky. Earlier this month, a candidate proposed by the politburo was named the country's new premier.

KCNA emphasized in its report Saturday that 2010 will be a year of "great changes to be specially recorded in the history of the country." It also described Kim Jong Il as being held in "high esteem at the highest posts of the WPK and revolution," indicating his position as head of the party was unlikely to change.

Some suggested, however, that officials loyal to Kim Jong Un could be elected to senior party positions at the September conference and that the young man himself could even be given senior party responsibilities.

The conference "should be seen as a stage to publicize Kim Jong Un as a successor," said Cheong Seong-chang, a senior analyst at the Sejong Institute, a South Korean security think-tank. Cheong said the younger Kim could be elected to key party positions, including as a secretary of the party's central committee.

Predicting North Korea's moves, however, is difficult. When the Supreme People's Assembly, the rubber-stamp parliament, met for an unusual second time this year, some analysts speculated Kim Jong Un might be given a high-level post. Instead, other key personnel changes were announced, though they are still viewed as linked to the succession.

Little is known about Kim Jong Un, including his exact age, though he is believed to be in his mid-20s. Kim Jong Il's former sushi chef said in a 2003 memoir that the son looks and acts just like his father and is the leader's favorite.

Kim's oldest son, Kim Jong Nam, was once considered the front runner to succeed his father but is believed to have fallen out of favor after an embarrassing incident in 2001 when he was caught trying to sneak into Japan with a forged Dominican passport to visit Tokyo Disneyland.

Nevertheless, speculation remains that Kim Jong Nam may not be completely out of the running. He frequently stays in China and some in South Korea think that Beijing, North Korea's key ally, may favor him.