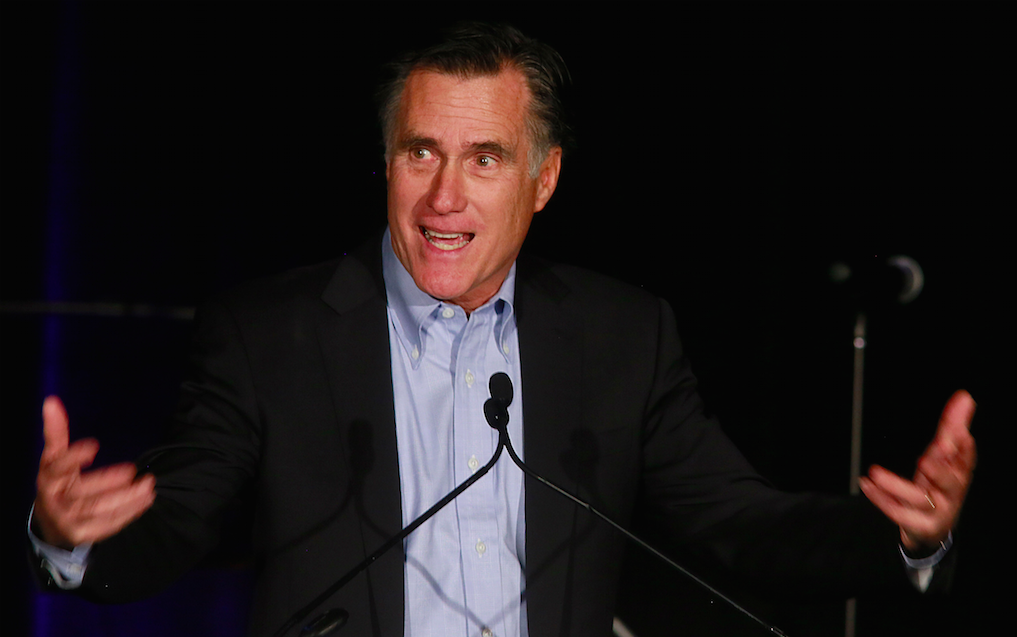 When Mitt Romney confirmed months of rumors last week by signaling his interest in a 2016 presidential bid, there were some in the Republican Party who grumbled.

A week later, many prominent Republicans remain dismissive of the idea that the 2012 GOP presidential nominee could seize the nomination again in 2016. But others think Romney would be a real contender. And there's some evidence to suggest Republicans across the country agree.

Fifty-nine percent of Republicans nationwide said they'd like to see Romney jump into the 2016 fray in a new CBS News poll -- a higher number than any other figure in the Republican bullpen, including former Florida Gov. Jeb Bush, who clocked in at 50 percent.

Part of that surely owes to Romney's high name recognition as the party's former standard-bearer. But some Republicans think Romney's appeal goes beyond the fact that he's a known quantity.

"I think he is a frontrunner," Rep. Adam Kinzinger, R-Illinois, said Sunday on ABC. Kinzinger argued Romney has been vindicated on foreign policy issues from the rise of Islamic extremists in Iraq and Syria to recent tensions with Russia over Ukraine.

Still, Kinzinger was quick to add, "Between him and Jeb Bush, we have some great candidates."

Rep. Jason Chaffetz, R-Utah, told CNN on Sunday he believes Romney checks some boxes "the rest of the candidates don't necessarily do."

"I think he has been proven right on so many of the issues," Chaffetz said. "Certainly domestic policy. With foreign policy, I mean, he almost looked prophetic there talking about Russia and talking about the war on terror and those types of things."

Chaffetz also said Romney -- no small feat, this -- would be able to raise the $1 billion-plus needed to defeat former Secretary of State Hillary Clinton, the early (but still undeclared) favorite for the Democratic nomination.

Others, though, questioned whether Romney, whom the opposition successfully tagged in 2012 (fairly or not) as an out-of-touch millionaire, has the political chops necessary to carry Republicans to victory in 2016.

"He is not a particularly good candidate, as far as political skills. That is hard to solve. He also is a symbol or representative of stereotypes of the Republican Party," said Michael Gerson, a speechwriter for former President George W. Bush, on "Face the Nation."

"I think a lot of Republicans are saying, 'We have got a serious problem with minorities, with women, without outreach to younger voters, with working class voters in particular in key states,'" Gerson explained. "If those are the questions then Mitt Romney is not the answer."

Some Democrats, in a virtual re-run of the 2012 campaign, are already poking fun at Romney's privileged lifestyle.

"Oh, poor Mitt. Let him alone. Let him go," joked former Michigan Gov. Jennifer Granholm Sunday on ABC. "Listen, when he stands in front of all these Republicans on Friday night and laments the fact that the rich have gotten richer under [President] Barack Obama when, you know, I mean he pays less tax than the guys who installed his car elevators, there is an authenticity problem."

Granholm argued Bush and Romney would suffer from many of the same problems: "Both of them former governors. Both of them white guys in their 60s. Both of them super wealthy. Both of them are scions, sons of very famous politicians. What is he bringing that's different?"

If they both run, Bush and Romney would likely be the top contenders for the mantle of the Republican establishment. Some believe such a clash of titans could deprive other establishment candidates of oxygen.

"It looks like [New Jersey] Governor [Chris] Christie is going to run, and he, [Wisconsin] Governor [Scott] Walker possibly [Florida Sen.] Marco Rubio, who's a very talented young man," former Sen. Evan Bayh, D-Indiana, told Fox News on Sunday. "They are the ones who are most affected by the Romney-Bush challenge, because they are really all auditioning to be this more establishment type of candidate."

"Look, it's wide open," Huckabee told ABC News on Sunday. "Anybody could be a contender."

Huckabee, who ran unsuccessfully for the GOP nod in 2008, said he'd make a decision about 2016 "sometime later in the Spring." He said his primary concern would be raising enough money to avoid the financial problems that ultimately felled his last bid.

Asked about the CBS News poll that showed Republicans keen on Bush and Romney, another potential candidate, Florida Sen. Marco Rubio, told CBS News' "Face the Nation" that early polls of Republicans about 2016 "are really just nothing but a reflection of name recognition."

"It doesn't surprise me as you look at that poll that people that have run for president or have family members as president are doing well in a poll like that," Rubio argued.

He said if he runs -- "And I'm very seriously thinking about it" -- he would take his case before the American people and count on the message to see him through: "I believe that, once we do that, a growing number of people will become convinced, if I run, that we should be the person that they nominate."