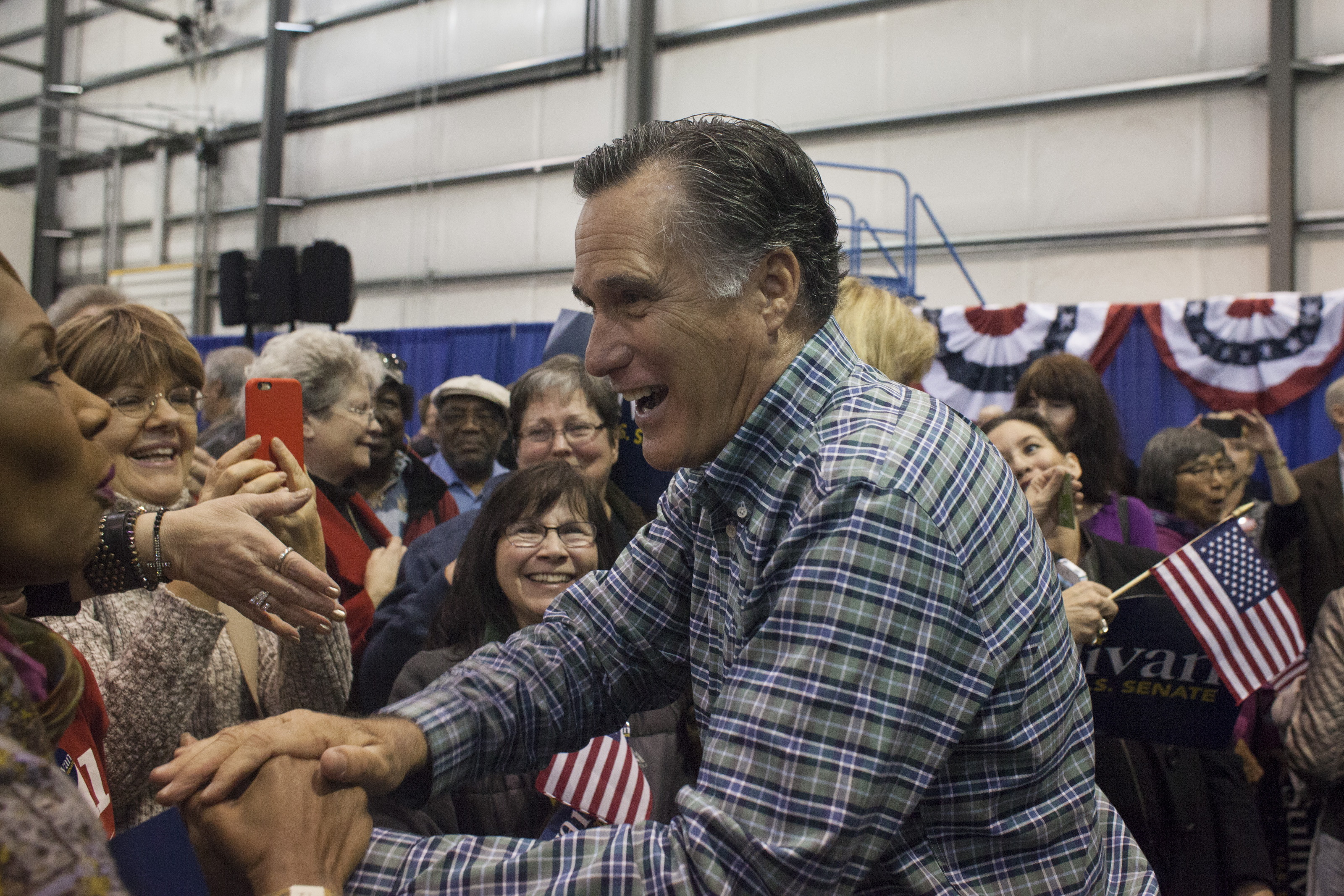 When Jeb Bush formed his leadership PAC, he said he wanted it to encourage other like-minded candidates. It worked. He encouraged Mitt Romney. The two-time presidential candidate is now seriously considering another run. "It's real," says a veteran of the last effort. "He's probably going to run." When I asked another Romney veteran, who spoke to him this weekend why Romney had shifted into high gear, he explained: "Bush stepped on the gas."

For months, Mitt Romney has been thinking about another presidential candidacy. He has told donors that he would be interested in running, but left them with the impression that his interest was conditional. He told one that he wouldn't run if Jeb Bush ran. A number of his backers told him that he could wait to get in -- let the other candidates splash around and look amateurish and then swoop in. He had the fund-raising network and staffers who could build a campaign quickly.

But then Bush rushed headlong into the race and started asking for commitments from donors. He also started hiring staffers. That kicked off Romney's more aggressive posture. He could no longer wait -- as he once thought he might be able to -- because his old structure was being eaten away. Last Friday, in a meeting with donors, Romney wanted to send a signal to stop the commitments to Bush and buy himself some time. Some of his donors had already participated in fund-raisers for Bush. One donor I spoke to Monday has already switched his allegiance to Team Bush. He attended one of Bush's New York stops last week and came away by the former Florida governor's authenticity, his forceful articulation of his positions, and his plan for running a different kind of race.

Accounts differ as to whether Romney intended to light up the phone bank as much as he has. His message intended to freeze donors also created pressure to move. Romney supporters say they have received a very positive response and the once and future candidate is now trying to capitalize on that. The 67-year-old Romney has called supporters and staffers from his last campaign in key states like New Hampshire and Iowa to see how many have defected to Bush and to see if he could rebuild the machinery to run again. Those who have talked to him say a decision could come within 30 days.

His argument, says one who spoke with him, is that he came very close in the last election against an incumbent president with a good economy. He wouldn't face an opponent with those kinds of advantages again. (Romney ran against Obama arguing that the economy was terrible; now its health in 2012 is part of the case why he should run again). He also feels, says one supporter who has spoken with him recently, that he would be crazy to pass up a chance at a "beatable candidate" like Hillary Clinton and let someone like Rand Paul have the shot at it.

Supporters say that what's still true about Romney is that he has the skills that would be useful in the White House. Since his defeat, a series of management failures in government agencies like the IRS, Veterans Affairs and the botched roll-out of Obamacare have demonstrated a need for someone with Romney's talent for turning around big institutions.

Romney's supporters also argue that while he may have flaws, other candidates do, too, and he has advantages they don't have. He has run before, they say, and he's more relaxed and looser now. With name recognition and ability to raise ready cash, Romney could possibly take advantage of a shortened campaign calendar that party strategists say will favor well-funded candidates who can play in multiple states and afford the complicated delegate husbanding operation.

The big question for Romney to consider is: now that he has enjoyed a resuscitation of his reputation among Republicans, could he handle coming in fifth in a primary or enduring the everyday indignities of a modern campaign? That would be an especially deep price to pay if he shows the more personal side that he-- and particularly his wife, Ann Romney-- believe was never allowed to show in the last race.

That reliance on the hidden Romney is another possible trap. During the last two presidential races, Romney has been dogged by accusations that he has no core convictions and changes his positions opportunistically. A third candidacy based on the idea of presenting the "real Romney" might be better, but it will also animate that underlying charge because voters might conclude that anyone who needs three tries to find his authentic self might not have a good map of the territory.

If Romney were to run again and win, it would earn him the Reagan-esque label that he and all other Republicans covet. The Gipper set the high water mark for redemption when he won the presidency in 1980 after two failed attempts. In that campaign he also did something Romney will likely have to do. He defeated an opponent whose last name was Bush.