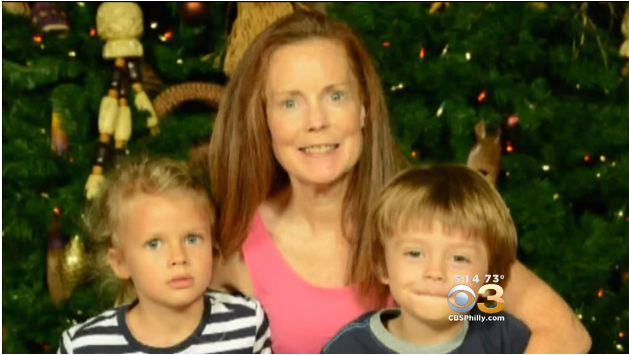 A California woman is suing a beauty salon because she said getting her hair washed there nearly killed her.

Elizabeth Smith, 48, got her hair done at a San Diego salon in January 2014, and almost two weeks after the visit, doctors told Smith she suffered a stroke, BuzzFeed reports.

The doctors said a CT scan revealed that an artery in Smith's neck had been damaged by leaning back in the beauty parlor's shampoo chair and sink.

But is a salon-induced stroke medically plausible?

It turns out the answer is yes, though it is extremely rare. The condition even has a nickname: Beauty Parlor Stroke Syndrome. Doctors say it can happen when necks are hyper-extended.

"When a patient is leaning their head back, you could possibly tear or irritate these posterior circulation or have these kind of strokes, " neurologist Dr. Clifford Segil told CBS Philly.

Smith's initial symptoms included weakness and in her left arm and leg, which soon escalated.

"Initially I couldn't walk at all, it hit both sides of my body but more my left," she said. "I couldn't move my left arm at all."

Her doctors determined it was the position of her head in a wash basin that probably caused a blood clot leading to a stroke.

"I was in shock, how could that happen to me," asked Smith.

Smith is a single mom and two years after her stroke she still has dizziness and vision loss, so much so that she fell recently, leaving her with a black eye. Doctors say if she suffers a second stroke she could die.

Smith says that in addition to filing the lawsuit, she wants to share her story to warn others to be careful.

If you want to take precautions, doctors suggest using towels to prop up your head in the wash bowl during shampoos so you're not tilting it back more than a 20-degree angle. Another alternative would be to have your hair washed by flipping your hair forward with your face down towards the bowl.