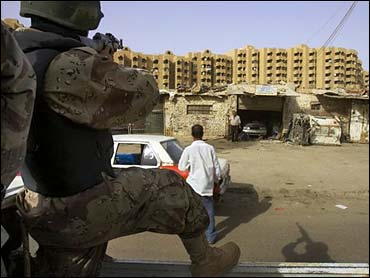 Five U.S. Marines have been killed in a roadside bomb blast in western Iraq, the military said Friday.

The Marines were killed Thursday while conducting combat operations near the volatile Anbar province Haqlaniyah, 90 miles northwest of Baghdad, the military said in a statement.

As of Friday, at least 1,689 U.S. military members have died since the Iraq war began in March 2003, according to an Associated Press count.

Meanwhile, at least 21 bodies have been found scattered in separate locations near a town close to the Syrian border that is considered an insurgent hotbed, eyewitnesses said Friday.

Eyewitnesses, including an Associated Press reporter and APTN crew, said Friday that one group with 12 bodies had their hands tied behind their backs and were wearing civilian clothes. They were found near a small hamlet called Jabab, about 19 miles east of Qaim. It was unclear when they were killed.

There were another nine bodies found near Qaim outside the village of Fosfat. They were also in civilian clothes and had civilian identification cards.