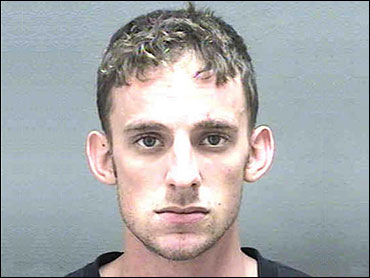 They were convicted one after another - four U.S. soldiers who helped gang rape and kill a 14-year-old Iraqi girl in one of the war's worst atrocities.

In exchange for leniency, each struck deals to testify against a fifth man, a troubled former Army private who allegedly killed the girl's family and planted the idea of raping the teen.

But the case against Steven D. Green has dragged slowly forward in the 18 months since the allegations surfaced. It is a pace, military legal experts note, that bears stark contrast to swift prosecutions of nearly every other crime to come from Iraq and Afghanistan.

Green, 22, is accused of being a central figure in slaying the family in Mahmoudiya, a village about 20 miles south of Baghdad. He was charged in federal court because he was discharged from the Army for anti-social personality disorder before being accused of the crimes.

Defense attorneys and federal prosecutors in the case have fought each other on the reach of federal courts into military affairs, the access civilian attorneys have to classified military evidence, and, most recently, what constitutes enough time to prepare for trial.

Some legal experts say the delays and infighting suggest challenges ahead in trying the last chapter of what many regard as the worst atrocity committed by U.S. military personnel in Iraq.

"You've got some very smart people trying a type of case that they normally don't," said Charles Rose, a law professor at Stetson University and former deputy military judge advocate. "Federal criminal courts are designed for paper-driven cases. They don't do violations of the laws of war."

Unlike his co-accused, Green, 22, of Midland, Texas, is the only soldier charged in civilian court for the March 2006 slayings, where he faces a possible death sentence if convicted.

Green pleaded not guilty in November 2006 to charges of rape and murder.

Four Fort Campbell, Kentucky-based 101st Airborne Division soldiers have since been convicted for their roles in targeting the girl from a checkpoint near Mahmoudiya and helping rape and kill her. They were given sentences in courts-martial ranging from five to 110 years under agreements with prosecutors.

Two of the soldiers testified they took turns raping the girl while Green shot and killed her mother, father and younger sister. Green shot the girl in the head after raping her, they said. The girl's body was then set on fire with kerosene to destroy the evidence, according to previous testimony.

At the core of Green's trial is the law used to charge him in U.S. District Court. The Military Extraterritorial Jurisdiction Act allows prosecutors to try military personnel in federal court if they no longer are in the service and are charged for a crime punishable by at least a year in prison.

The law, which has been used rarely, dissolved Green's chances of receiving a sentence comparable to those of the other defendants if he is convicted, attorneys have argued. Each soldier was charged identically, but those convicted in the military have a chance for parole in 10 years no matter the sentence they received.

While legal experts say disparity in sentencing is not unusual, Green's attorneys have argued there is a fundamental issue of fairness that is lost by the government's insistence on trying Green outside of the reaches of the military.

Delays are expected in a federal death penalty case, where proceedings have lasted as long as three years, legal experts say.

But Gary Solis, a law professor at the U.S. Military Academy at West Point, New York, remains baffled that prosecuting the Mahmoudiya slayings has lingered when so many other crimes in Iraq have come to a close.