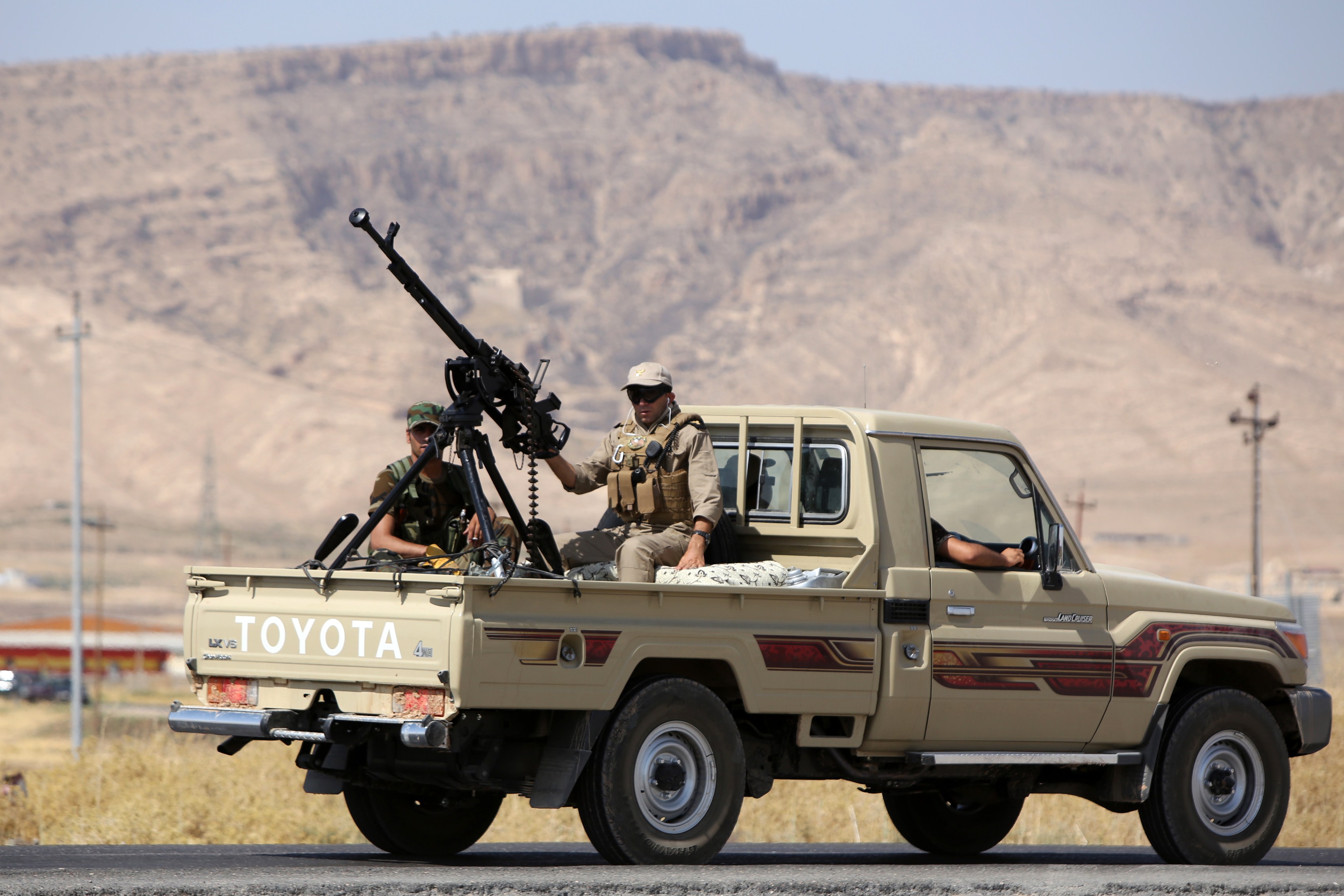 BAGHDAD - A spokesman for the Kurdish military says its peshmerga forces are now in full control of the Mosul Dam and its vicinity, successfully wresting back control from Islamic State group militants.

Halgurd Hekmat told The Associated Press that peshmerga forces have taken back control of the area following fierce clashes for the past two days.

The Iraqi military said earlier Monday that it had seized control of the dam itself, with the help of peshmerga ground troops and U.S. airstrikes, but that clashes were ongoing on the southern end of the dam's complex.

Sunni militants with the Islamic State of Iraq and Syria (ISIS), which two weeks ago captured the Mosul Dam spanning the Tigris River just north of the city of Mosul, enied that claim, insisting it was still in control of the facility.

A new round of U.S. airstrikes in northern Iraq on Monday was aimed at helping Iraqi forces regain control of the dam and averting a potential dam failure, the Pentagon said.

U.S. Central Command said U.S. fighters, bombers and drone aircraft conducted 15 strikes around the dam, hitting ISIS fighting positions as well as an anti-aircraft artillery gun and other weaponry of the militant group that has captured wide swaths northern and western Iraq this summer.

If confirmed, reclamation of the nation's largest dam would be a hugely symbolic and strategic victory in the months-long battle against ISIS, which has wrested control of a vast swath of north and west Iraq and eastern Syria.

Army spokesman Lt. Gen. Qassim al-Moussawi said earlier that the dam itself was secured by Kurdish peshmerga troops and Iraqi security forces on Monday but that the southern side of the complex remains contested and that fierce fighting is underway to free that area.

At least 170 bombs have been dismantled around the dam but many more remain, al-Moussawi added in a televised statement. He said that militants fled to areas near the south of the complex, hiding in homes and other structures.

U.S. fighter jets carried out at least 16 airstrikes on ISIS targets around the dam over the weekend and an additional 15 airstrikes on Monday, hoping to give the Iraqi and Kurdish troops an upper hand in the fight.

ISIS, which unilaterally attempted to re-brand itself the "Islamic State" weeks ago, continues to claim new territory in Syria. But the long-sought U.S. military intervention in Iraq -- sparked by ISIS' worrying advance a week ago on the Kurdish region's capital city of Erbil -- has largely arrested the group's advance in the country.

President Obama notified Congress on Sunday that the expansion of the U.S. military role in Iraq would remain limited.

In a letter to Congress, the White House said "the mission is consistent with the president's directive that the U.S. military protect U.S. personnel and facilities in Iraq, since the failure of the Mosul Dam could threaten the lives of large numbers of civilians and threaten U.S. personnel and facilities -- including the U.S. Embassy in Baghdad."

Hundreds of U.S. diplomats and other officials have established offices in Erbil as other cities in the region fell to ISIS or were threatened by the fighting.

The U.S. and France have agreed to arm Kurdish fighters - with the U.S. providing light weapons and ammunition. French Foreign Minister Laurent Fabius refused to specify the type of arms France would deliver, saying only they would be "sophisticated." The British and German governments have also stated their willingness to supply the Kurds with weapons.

The decision to launch airstrikes marked the first direct U.S. military intervention in Iraq since the last American troops withdrew in 2011 and reflected growing international concern about the extremist group.

The White House sent a letter to Congress on Sunday saying that its air campaign in Iraq "is consistent with the president's directive that the U.S. military protect U.S. personnel and facilities in Iraq, since the failure of the Mosul Dam could threaten the lives of large numbers of civilians and threaten U.S. personnel and facilities - including the U.S. Embassy in Baghdad."

It also noted that the failure of the dam could "prevent the Iraqi government from providing critical services" to the Iraqi people.

Some 1.5 million people have been displaced by fighting in Iraq since the Islamic State's rapid advance began in June. The scale of the humanitarian crisis prompted the U.N. to declare its highest level of emergency lasts week.